SLOVAKIA’S logistics centres are still concentrated mainly in the western part of the country, near Bratislava. However, investors are starting to focus more and more on eastern Slovakia, which neighbours Ukraine. 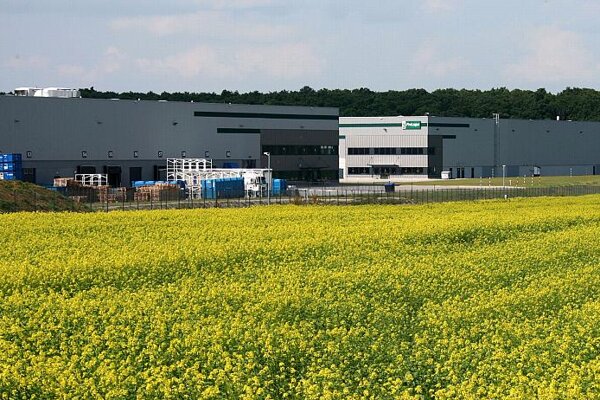 Locations around Bratislava, such as this one near Senec, are still the most attractive. (Source: SITA)
Font size:A-|A+  Comments disabled

SLOVAKIA’S logistics centres are still concentrated mainly in the western part of the country, near Bratislava. However, investors are starting to focus more and more on eastern Slovakia, which neighbours Ukraine.

The region’s main lures include inexpensive lots and a cheaper, more available workforce.


Investors are not discouraged by the many unfinished stretches of the D1 highway, which is supposed to connect eastern and western Slovakia; they can use other routes between Košice and Bratislava, such as the Hungarian highway.

Thanks to intense investment activity, developers expect to see new logistics centres sprouting up all around Slovakia. Bratislava and its vicinity remain primary locations, but there is also a growing demand for logistics facilities around Žilina, located in the central northern part of Slovakia.

Hegyiová added that the south and east are attractive alternatives to western Slovakia, despite its existing highway, because it is difficult to find an ideal plot of land there due to it being so expensive.

Nevertheless, she admitted that villages and towns in the west are better prepared to handle these kinds of investments than those in other regions.

“Košice, with its labour-intensive manufacturing industry, might be an upcoming strategic location,” said Jakub Pelikán, vice-president and market officer for the Czech Republic and Slovakia at the ProLogis logistics developer. “This would naturally lead to a demand for supply chain facilities.”

Eastern Slovakia is going to become a very important gateway to Ukraine and other emerging markets in the east, Pelikán said.

Due to the EURO 2012 football championship, which will be jointly organised by Ukraine and Poland, ProLogis foresees the improvement of road infrastructure in the region and therefore a new potential for business development.

Considering the current economic strength and potential of Bratislava, it is logical that most such new logistics centres have been developed at this particular location or at locations in the city’s metropolitan area, reads an analysis of the 2007 real-estate market, carried out by the J&T Group.

“In the years to come, however, we can reasonably expect that the centre of the industry’s development will very probably transfer from the above-mentioned area to locations along the D1 freeway, more to the north or to the east of Slovakia,” read the analysis.

Over the last two to three years, Slovakia has experienced a boom in foreign direct investments, especially in the automotive and electro-technical industries. The investments have generated a strong demand for logistics facilities.

“The greater Bratislava area, the area around Trnava, including cities such as Galanta and Nitra, as well as north-west Slovakia, particularly Nové Mesto nad Váhom and Žilina, have experienced a boom in modern distribution facilities, and growth expectations for the coming years are still exciting,” said Pelikán.

Also, as retailers expand beyond large cities and across the country, logistics operators are moving in to provide distribution services. ProLogis thus expects to see consistent growth in their field this year and in the years to come.

Currently, most of the warehouses and industrial projects in Slovakia are still concentrated in the greater Bratislava area, within a radius of approximately 40 kilometres around the capital, said Pelikán.

He added that the locations close to Bratislava continue to be the most attractive, together with those along the D1 highway, which runs northeast towards Trnava and Žilina, and the D2 highway, which goes north from Bratislava towards the Czech Republic.

Hegyiová said that Žilina and its surroundings have a lot of room for logistics development as the area is still suffering from a lack of completed, A-class logistics facilities.

“Thus, many clients, such as Kia Motors’ suppliers, are located in existing brownfields,” Hegyiová said. “This region also has potential because of the planned highway that will connect Žilina to Poland through the Kysuce region.”

Developers of logistics centres believe that the incomplete D1 highway will not slow down developments in eastern Slovakia.

“The development of logistics centres will certainly begin before the highway is complete, as Central and Eastern Europe has overall become the most dynamically evolving region as far as logistics and warehouse space industries are concerned,” Pelikán said.

This growth is fuelled by an increasing demand from the side of logistics operators, retailers and light manufacturers, as well as by the presence of foreign investors, who have established their outlets and production hubs here.

Moreover, said Hegyiová, eastern Slovakia’s connection with Western Europe is currently possible also through Hungary, where, since the Budapest bypass was completed, it is now possible to get as far as Miskolcz by highway.

Market far from being saturated

The industrial real estate market in Slovakia is still very young and at the beginning of its life cycle, said Pelikán.

“It is too early to speak of any signs of saturation as demand still exceeds supply,” he added. “However, when this balance tips, it will be a sign that there is enough [logistical] space available on the market and a shift will probably occur towards more specialised projects like build-to-suit buildings.”

The developer’s flexibility has become more important too. This refers to the extent to which a company can provide tailor-made solutions concerning the size of the warehouse units, offer additional services, or even build facilities that have been designed according to specific customer requirements.


Hegyiová added that there is still a lack of A-class logistics halls, especially in central and eastern Slovakia. In these locations, clients have to use brownfield logistics parks where the standard is often lower, and thus clients are continuously looking for new premises.

“There is a great demand for A-class halls,” said Hegyiová. “Especially if they are new or their construction has already begun, which means the client will be able to use the hall as soon as possible.”