FREEWAYS and motorways can be built narrower and steeper under new standards that took effect on July 1. The Office for Standards, Metrology and Testing has stated that the revised standards will make highway construction more affordable and ease many of the challenges of building in mountainous regions of the country. 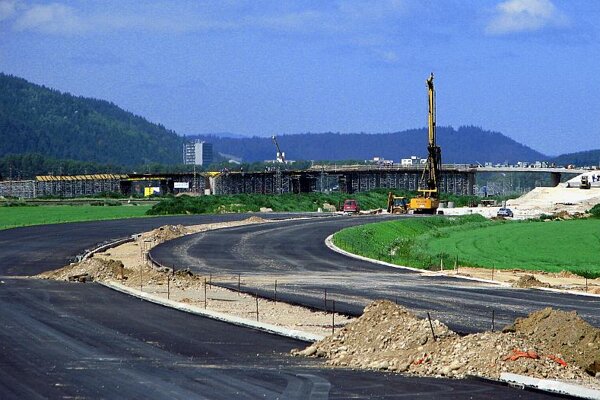 FREEWAYS and motorways can be built narrower and steeper under new standards that took effect on July 1. The Office for Standards, Metrology and Testing has stated that the revised standards will make highway construction more affordable and ease many of the challenges of building in mountainous regions of the country.

Highway investors have welcomed the new standards, stating that they create greater flexibility for planning and investment decisions.

They said that they will apply the new standards carefully in order to maintain safety and comfort but stated that they plan to use them while building motorways rather than on freeways.

“The reason for the revision was that highway construction is coming to mountainous areas and building highways in extremely difficult terrain conditions in line with the previous standards would be significantly complicated and ineffective,” the Office for Standards, Metrology and Testing wrote in its announcement. “Other European countries are applying a similar approach.”

“However, this does not mean that the state will have to build only the narrowed highways. Their width will be adjusted according to the difficulty of the construction, intensity of traffic and further parameters,” said Božena Tušová, general director of the Slovak Institute of Technical Standards.

The new standards also allow the maximum gradient to be increased from four to six percent. However, drivers shouldn’t be concerned about long stretches at a steep gradient because only short stretches will be allowed, Tušová said.

In order to maintain safety, the narrowed freeways and motorways will have mild curves, meaning the new stretches will have to be straighter.

This means planners will not be able to adjust the route to the terrain conditions as much as in the past, according to the office.

The Ministry of Transport, Post, and Telecommunications plans to use the new standards mainly for the construction of new motorways rather than on freeways. So far, seven motorways are planned to be constructed under the new standards and only the D4 freeway, which will bypass Bratislava.


How much the new standards will bring in savings per kilometre of freeway and motorway will depend on the individual project.

“However, the estimated savings range between 3 to 5 percent,” said Marián Jánošík, spokesman for the Ministry of Transport, Post, and Telecommunications.

The ministry also expects some savings on the buy-out of land, as the narrowed roads will need less space.

Marcel Jánošík, spokesman for the National Highway Company, which builds and maintains the country’s highway network, added that the new standards should be seen as enhancing planning options.

“This standards will not be applied arbitrarily and in every case,” Jánošík said. “All the possibilities will have to be considered in applying this so that it will meet its desired objective.”

For example, the standards allow a steeper gradient, which might be cheaper in a mountainous area. But at the same time, in such a case, the standards require a third lane to be added that’s solely for trucks. This leaves the question of where the saving is, Jánošík said, if you have to build the additional lane.

The NDS also agrees with the police that the narrowed freeways might not add to safety and comfort.

“However, this new standard is fine,” Jánošík repeated. “It created room for more options.”

Ľubomír Palčák, director of Research Transportation Institute, also disagrees with those who maintain that narrower lanes and steeper gradients won’t have an impact on safety, although no studies exist to confirm or contradict that opinion.

“However, I think that a certain reasonable compromise between safety and traffic fluency on the one hand and effectiveness and economy in highway construction on the other is possible,” Palčák added.