Self storage makes its route to Slovakia

WHERE can a family put its furniture or other belongings while moving or during extensive renovations? Where can a company keep all of their required-by-law accounting files and papers for years? 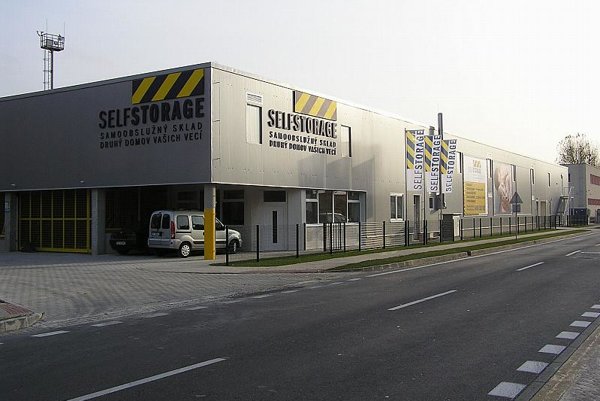 WHERE can a family put its furniture or other belongings while moving or during extensive renovations? Where can a company keep all of their required-by-law accounting files and papers for years?

One of the possibilities is self-service storage, or self storage - a service well known abroad but quite new in Slovakia. This service allows a client, either a private individual or a business entity, to rent a storage unit in a well-secured facility that respects privacy and offers around-the-clock access.

The first offer in this segment arrived in Slovakia in 2005, when the Sklados company opened the first self-storage facility in Bratislava.

“When starting, we proceeded from the assumption that the Slovak economy achieved a certain level that would secure return on the investment in self-storage projects,” Pavol Kalman, legal representative of Sklados, told The Slovak Spectator. “In 2004, we surveyed the market to see whether or not there would be interest in self storage. The result was satisfactory, despite a certain amount of risk, so we decided to launch the service.”

The company opened a self-storage facility in Bratislava’s Petržalka district in the fall of 2005. The initial investments exceeded Sk40 million (€1.3 million), including the construction, internal outfit and the information system.

One of the basic preconditions for self storage is excellent accessibility, so Sklados selected its location with care.

“The location at Kopčianska Street we have selected has an excellent position within Petržalka. It is close to the highway and five minutes away from the Old Bridge,” Kalman said.

“But a client can rent more units, so the rented space can grow without limits,” Kalman told The Slovak Spectator. “So far, the most one client has rented at the same time is 92 square metres.”

The price differs with regards to the size of the space, starting at Sk580 (€19.25) per square metre per month.

Security is another important precondition for self storage. In the self-storage facility in Petržalka, each unit has camera surveillance, chip card access, and an individual alarm connected to the desk of a security guard.

Sklados’ clients are equally made up of private individuals and businesses; the latter rents two thirds of the space.

“Private individuals rent our space especially for short periods of time when moving or reconstructing apartments,” Kalman said. “But they are also getting used to renting smaller units for storing seasonal items such as skis, mountain bikes and items they need for holidays at a cottage. Most business entities rent our units for an indefinite time. They store any goods with which they trade.”

As self storage is a local service, Sklados registers few clients from abroad.

“At the time being, 75 percent of storage space in the facility is rented,” Kalman told The Slovak Spectator when assessing the three-year operation of the facility. “The start was significantly slower than we had expected. In spite of this, we can say that we achieve targets similar to those common in other European countries, where such a service is much more known and has a much longer tradition.

“The average in Europe is 70 percent, while the best facilities are at 80 percent, and the top self-storage operators report 90 percent,” Kalman said.

Other usage of overseas containers

A logistics park in Senec - about 20 kilometres from Bratislava and with a good connection to the D1 highway - operates a self-storage facility, though it differs a bit from the basic concept. Instead of storage units in a roofed facility, Container Services, also active in shipping and river transport service, offers containers placed in a protected and surveyed logistics park.

“Owners of the company are professionals in overseas shipping and they have experiences with a similar service either from London, Vienna or the US,” Jana Lacíková, who works with Container Services, told The Slovak Spectator. “After overseas containers fulfil their mission in overseas shipping, they are out of commission. We started to offer such containers for sale and rent to end clients on the Slovak market. Later, the idea to launch a self-storage facility was born.”

Container Services began operations of the self-storage facility in November 2006. Lacíková estimated initial costs at €35,000, including obtaining containers and security gates, renting the premises and wages.

They offer two variants of the service. Either a client can rent a whole container or part of one. The latter is a service the company has launched for small private clients for whom it would be disadvantageous to rent an entire container.

Apart from the size, the rental depends on whether a client wants unlimited, around-the-clock access to the container or if he just wants to place items for storage and then later pick them up.

“Last month the occupancy rate was 64 percent,” Lacíková told The Slovak Spectator. “Corporate entities were 66 percent, while private individuals made up 34 percent of the clientele. On average, one client rents 47 cubic metres of space.”

Lacíková estimated the space the company offers for rent at 1,200 cubic metres, depending on how many containers they have for rent. The smallest container offered is less than 10 cubic metres, while the largest one is 67 cubic metres. Rental costs differ with regards to the size of the container and the range of services.

“Renting the most used standard container, which is 33 cubic metres, with the around-the-clock access, costs Sk3,500 (€116.18) excluding VAT per month,” said Lacíková.

The Senec facility is also a predominantly local service as it does not register many foreign clients.

“The foreign private clients use the containers for purposes as they are known for abroad, Lacíková told The Slovak Spectator. “They stored their belongings, furniture, and antiques. There were some career diplomats among them who removed their belongings after moving to another country.”

Container Services compensates for its nearly 20 km distance from Bratislava, considered by some to be a disadvantage, by providing a comprehensive service deal.

“We cooperate with moving companies and thus we are able to provide moving from ‘the door to the container’. Or we rent our people when loading and unloading.”

Regarding more development, Lacíková hopes that along with the general development of Bratislava, this service will grow too.

“We have selected Senec also with respect to the fact that in the future it might join with the villages of Ivanka pri Dunaji and Bernolákovo and become part of Bratislava.”

Neither Sklados nor Container Services see possibilities for expansion eastwards.

“For the next five years, we do not see any other market in Slovakia than in the capital. At the moment, we are exploring the possibility of building another self-storage facility in Bratislava,” Kalman told The Slovak Spectator.

“Expansion to the east of Slovakia is not in the pipeline,” Lacíková said. “Now, our plan is to stabilise here, and then see.”