THE FAIR Play Alliance, a non-governmental ethics watchdog, has warned that oversight of party financing is sorely lacking in Slovakia. As an example, it has cited balance sheets and annual reports from the Smer party and the Slovak Democratic and Christian Union (SDKÚ), both of which, Fair Play contends, have broken party financing laws by failing to report gifts. 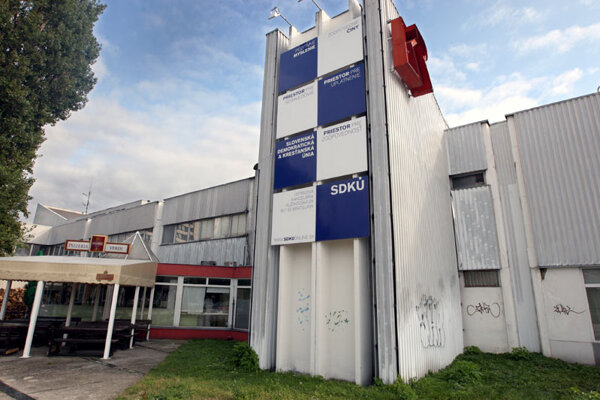 THE FAIR Play Alliance, a non-governmental ethics watchdog, has warned that oversight of party financing is sorely lacking in Slovakia. As an example, it has cited balance sheets and annual reports from the Smer party and the Slovak Democratic and Christian Union (SDKÚ), both of which, Fair Play contends, have broken party financing laws by failing to report gifts.

The gifts in question are rooms used for office space that were leased to the parties by Bratislava’s Ružinov district. According to documents obtained by Fair Play, Smer rented rooms in Ružinov for two years, 2001-2003, before purchasing them. It also rented a much smaller room there in 2007, which it continues to lease. The SDKÚ began renting rooms in Ružinov in 2004, and continues to do so.

Fair Play noted that the rooms were rented to the parties for Sk250 (€8.30) per square metre, which was at least 10 times below the average going rate at the time. Zuzana Wienk, head of Fair Play, told journalists at a press conference on September 22 that party financing laws require such discrepancies to be recorded as a gift.

“Yet neither of these (two) parties did so,” Wienk stated. Moreover, Smer and the SDKÚ were barred from accepting the gifts in the first place, she said.

As a district of Bratislava, Ružinov qualifies under the law as a municipality, and parties are not allowed to accept gifts from municipalities, she said.

One legal question still outstanding is whether Smer can be penalised for renting the rooms so many years after purchasing them, Fair Play stated. However, Jozef Burian (Smer), head of the parliamentary committee for finance, budget and currency, which oversees parties’ annual reports, rejected claims that party financing laws had been broken.

“A favourable rent does not fit the definition of a gift,” he told journalists.

“It is a standard rental agreement,” he said.

Smer has also officially denied the charges. A statement published on its website on September 22 accused Fair Play of omitting facts that put the circumstances into a completely different light.

According to the statement, the Ružinov district council passed a resolution on January 13, 1998 that provided all political parties with a one-year window in which to rent space in Ružinov for Sk250 (€8.30) per square metre.

“Pavol Kubovič, the mayor of Ružinov and a top SDKÚ representative, fully respected this resolution while concluding the contracts with Smer,” the statement says. “Therefore, the Fair Play Alliance’s only aim is to create the impression that Smer, the strongest governing coalition party, has a problem documenting its gifts.”

But for Wienk, the current case is just the symptom of a deeper problem facing party financing.

Wienk criticised the fact that MPs are responsible for overseeing party financing, which she argues allows for conflicts of interest. She called for the creation of an independent body that would act outside of the influence of parliament.

“Such an environment makes it relatively simple for unidentifiable resources, or even some illegal ones, to stream into political parties,” Wienk said.

She added that no substantial cooperation exists between the MPs who oversee party finances and prosecutors, which runs the risk of allowing party financing to go unrecorded.

“It will begin to happen somewhere in the shadows,” Wienk cautioned.

She said that party financing can only work if politicians are interested in practicing transparency.

“Political parties should represent us all and wield power in the public interest,” she said. “And they should not seem to be part of a network of other interests.”

This is the second time this year that the Fair Play Alliance has uncovered irregularities in party financing. In mid July, it raised questions about the Movement for a Democratic Slovakia’s (HZDS) annual report, which showed it received the most in donations last year.

The annual report detailed that the two highest donations were Sk7.2 million from Rudolf Trávniček, an 82-year-old pensioner who lives in a one-room flat, and Jozef Oceľ, a business man who donated Sk4 million.

Trávniček told the Sme daily on July 31 that he put the money into a plastic Tesco bag and gave it to an acquaintance, HZDS MP Milan Urbáni.

Moreover, according to an article in the Hospodárske Noviny financial daily on August 4, Oceľ's company, Agrospol, is listed on the Slovenská Konsolidačná agency’s website as owing almost Sk13 million in back taxes.

HZDS chairman Vladimír Mečiar has announced that both gifts will either be returned or given away to charity.