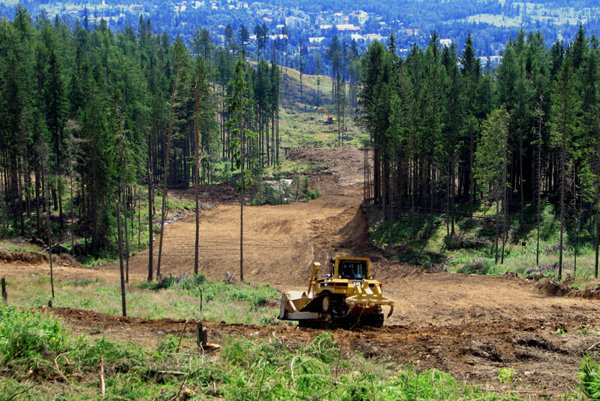 The country’s Environment Ministry said that the IUCN’s concerns are fuelled by a lobby of international environmental protection organisations opposed to the ministry’s new plan for protection zones in the Tatras.

The IUCN’s regional director for Pan Europe, Tamas Marghescu, wrote a letter to Slovakia’s environment minister, Ján Chrbet, suggesting that his organisation has learned that developments taking place in the Tatra National Park are not in line with the recommendations of the IUCN expert team and the objectives of the National Park category of environment classification.

The nature conservation watchdog requested an update on the implementation of its recommendations and the overall situation in the Tatra National Park.

Based on the ministry’s response, the IUCN will decide whether it is necessary to field an IUCN evaluation mission to investigate the validity of the park’s present category, which is II, with the possibility of downgrading it to a lower category, for instance V, the IUCN wrote.

In late 2004, windstorms levelled entire forests in the Tatra Mountains, denting national pride and leaving billions of crowns in damages and Slovakia’s most popular tourist destination badly scarred. The force of the 170kph winds knocked down the equivalent of 2.5 billion cubic metres of timber, or nearly a year’s worth of coniferous logging in one day.

There have been stormy discussions about the post-storm development in the mountains with environmental organisations demanding that the state take a conservative stance on allowing developers to move into the mountains and open up new areas for commercial ventures.

Currently, the Tatras fall into the category of national park, which is a protected area managed mainly for ecosystem conservation and recreation. National parks, as defined by the IUCN, are “a natural area of land or sea, designated to protect the ecological integrity of one or more ecosystems for this and future generations.”

Category V, to which the Tatra Mountains might sink if the IUCN reclassifies them, is a protected landscape or seascape managed mainly for conservation and recreation.

Slovak environmentalists warned that the ministry should take seriously the concerns of the IUNC and make sure that the organisation’s recommendations are respected, otherwise not only the country’s image could be spoiled but the number of visitors to the Tatras might even fall.

However, the Environment Ministry does not consider re-categorisation to be any real threat.

“Based on professional arguments we do not consider this threat real because the reasons for such a step do not exist,” reads the ministry’s official release.

The IUCN, headquartered in Switzerland, is the world’s oldest and largest global environmental organisation. It is a union of more than 1,000 governmental and non-governmental organizations and administers the work of over 11,000 volunteer scientists in more than 160 countries.

A former director of the Tatra National Park, Tomáš Vančura, said that the ministry should not underestimate the letter.

“The letter has exactly the same weight as its author has,” Vančura told The Slovak Spectator. “It is a world organisation and the only one in charge of categorising protected areas all around the world.”

“Stripping the Tatra National Park of its status as a national park would really be an extreme solution and I believe that the Ministry of Environment would take a responsible approach,” he added.

However, the ministry insists that it is playing according to the rules and its new zoning plan, which also defines limits for development, does not fundamentally differ from the proposal for zones in the Tatras submitted by the previous management of the national park.

“The difference between them is in the fact that the currently proposed zone A (area with stricter protection) is about 3 percent smaller than in the previous version,” said Peter Višváder, a spokesman for the Environment Ministry, in an official release.

According to Višváder, this is only because the new government proposal erases anomalies which have so far existed in the Tatra National Park.

As an example, Višváder cited the area under ski-lifts where interventions is currently undefined. He wrote that hardly anyone believes this works in practice.

The ministry argues that the new government proposal also defines exact rules for tourism, which should be concentrated in the five existing centres and would not spread beyond them.


Vančura said he finds the ministry’s response quite misleading.

“Of course it is possible that in terms of numbers the change is a negligible percentage, but if today someone is planning a ski slope in virgin areas, where several hectares of forest will have to be cut and the nature will change, then even the small number matters,” Vančura said. “It is then a question of the area’s function, because it is no longer a national park but rather a ski centre.”

Even at the time when the national park was established, there were some sport activities planned, said Vančura.

“We respected those, though the basic philosophy was still the improvement of these sport centres not their enlargement,” he added.

Now there are huge developments starting in the Tatras and its borders are changing as well. Parts of the territory are turning into ski slopes, which reflects a total lack of understanding of what national parks are about, Vančura said.

The ministry said that it is ready to defend its current proposal for zones in the Tatras at the next IUCN meeting in Barcelona, in October.

“We think that the IUCN letter is a result of international lobbying by non-governmental environmental organizations, which have been fighting against the prepared proposal for the Tatra’s zonification for a long time,” the ministry said.

The ministry also argues that the IUCN could not reclassify the national park to a protected area because each country defines the rules for naming its own national parks.

“The criteria of the IUCN are not binding,” the ministry wrote in its release. “Certainly it would be an unfortunate development and it would bother us since there are no expert arguments supporting this move.”

Vančura thinks that the consequences would be catastrophic if, after 60 years of its existence, the park is excluded from the family of acknowledged world parks.

“The Tatras are a pearl of the Carpathians,” Vančura said. “It would be a real shame for Slovakia and it would also show where the priorities of the country lay. Indeed it could also bring a drop in the number of visitors.”