THE PENSION system, which has been experiencing turbulence since the start of the year, now looks set to face a fresh period of uncertainty. The second pillar of the pension system, which allows contributors to pay into privately-managed funds, was opened by the government for six months earlier this year to give people the opportunity to return to the alternative, publicly-managed scheme. 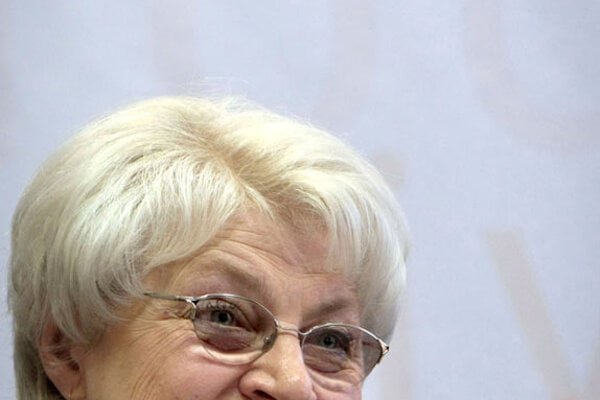 THE PENSION system, which has been experiencing turbulence since the start of the year, now looks set to face a fresh period of uncertainty. The second pillar of the pension system, which allows contributors to pay into privately-managed funds, was opened by the government for six months earlier this year to give people the opportunity to return to the alternative, publicly-managed scheme.

Prime Minister Robert Fico is now toying with the idea of opening up the second pillar once again.

This time, the prime minister’s justification is the spreading global financial crisis.

He has suggested that allowing the clients of private pension fund management companies a fresh chance to leave such schemes could shield them from potential losses.

But private fund managers say they do not foresee any serious threat to their clients; on the contrary, they say it is the instability caused by opening up the system again that might harm their clients.

Fico would like to see the second pillar reopened for at least six months but the option of leaving the pillar open indefinitely is also being considered.

The prime minister used a special cabinet session on September 20 to task Labour Minister Viera Tomanová, the principal enactor of his social policies, to produce legislation that would make his plans possible.

Ministers were meeting to discuss the impact of the global financial crisis on Slovakia.

“We are giving room to the clients of pension fund companies so that they can freely decide whether they want to bear the risks linked to the crisis or choose a different way of saving for their old-age pension,” Fico said, as quoted by the Sme daily.

Fico, who has said he believes the second pillar is the most vulnerable to the crisis, anticipates that the legislation will come into effect before the end of the year.

The pension fund management companies do not share the prime minister’s concerns.

“I disagree with the opinion of Prime Minister Fico that savings deposited with pension fund management companies are threatened,” the executive director of the Association of Pension Fund Management Companies, Ivan Barri, told The Slovak Spectator. “The governor of the National Bank of Slovakia is of the same opinion.”

Saving for a pension is a long-term process and judging its effectiveness over short periods of time is simply incorrect, Barri said.

Meanwhile, the European commissioner for economic and monetary affairs, Joaquín Almunia, also said that the Slovak private pensions pillar should not pose a threat to the sustainability of fiscal policy in the future, according to the SITA newswire. Almunia was responding to a question about whether he thinks the second pension pillar could endanger the sustainability of the country’s fiscal policies.

The second pillar was one of the main features of the Mikuláš Dzurinda government's old-age pension reform, allowing clients to redirect 50 percent of their social insurance fees into a private pension company, the so-called 'second pillar', with the rest going into what is known as the 'first pillar': the pay-as-you-go-system administered by the public social security provider, Sociálna Poisťovňa.

The government of Robert Fico, who has never hidden his distrust of pension fund management companies, opened up the system for the first six months of 2008 during which time more than 103,000 people quit - and over 21,000 joined - the pillar.

At that time, both Fico and Tomanová stated that the opening of the system would only be temporary. A junior party in the ruling coalition, the Movement for a Democratic Slovakia (HZDS), toyed with the idea of keeping the pillar open for an additional six months or later re-opening it, but on June 25 Fico stated that the government would not go down that path.

“The priority now is not to disturb people and to calm the situation,” Fico told media at the time.

As for the global financial crisis, the pension fund management companies admit that financial market oscillations do affect Slovakia, but the way the pension funds are structured should be able to keep the system safe.

“Volatility on the markets has always existed and will always exist and this is why each pension fund company manages three funds, which differ based on their relation to risk,” said Barri. “The growth pension funds are intended for clients who will be saving for their pension for a longer time, while the conservative funds are for those who are left with less time until retirement and for whom higher risks are unacceptable.”

What is important, according to Barri, is the measure of impact on the savings of the clients.

Fico argued that all three types of funds - growth, conservative and balanced - have been in the red over the past 12 months.

The Labour Ministry also argued that the majority of clients are saving for their pensions in growth funds, which are the riskiest since these invest part of the savings in the international capital markets, which are now suffering from the crisis.

However, the association argues that the average appreciation of the pension funds to date, since their foundation, ranges from 8.35 to 13.44 percent, despite the impact of the financial crises, the Hospodárske Noviny financial daily wrote.

The association added that pension funds are a long-term way of saving and it is impossible to apply a short-term view when evaluating them.

The association said that the government is in fact using the global crisis to help the state-run social insurer to fill its empty coffers.

“I see the effort to reopen the second pillar as an abuse of the global financial crisis to cover the debts of the social insurer Sociálna Poisťovňa, since even based on the recent statements of its general director, the insurer does not have enough money, even through cross-funding between its individual funds,” Barri said. “Since they cannot solve the situation in any other way, they are trying to solve it this way.”

As for the option of keeping the second pillar open for good, Barri said that free entry and departure would have an unfavourable impact on the management of the Sociálna Poisťovňa along with preventing the pension fund management companies from performing in the way they are required to by law.

“They would have to be permanently ready for an outflow of clients along with having ready cash to pay them,” Barri added.

Meanwhile, José Pinera, the father of the Chilean pension reform that inspired the Slovak model, said that it is in fact the first, pay-as-you-go pillar, which is risky and called it a “pyramid system based on political promises,” as quoted by the SITA newswire.

"It is a fraud since the state does not put aside money for paying pensions in the future,“ he said on September 11. „What a person saves in his own pension account is more secure than any promise from a politician.“

The prime minister and Tomanová have several times said that the pension fund management companies misled the public while luring 1.5 million people to join the second pillar. Both, Fico and Tomanová have engaged in an intensive campaign to - as they describe it - inform citizens about the perils of saving for their pensions through private pension fund management companies.