Košice’s victory is only the beginning

SINCE managing Košice’s winning bid for the title of European Capital of Culture (ECOC) 2013, the team at the Košice 2013 project has taken a well-earned week off. But times will soon be busier than ever for the project, which is already planning ahead for the event. 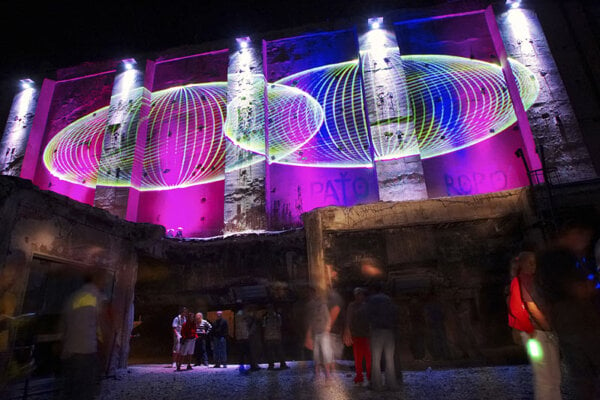 The Zone 13 project and a performance by the KVELB group were two of the events held to support Košice's candidacy. (Source: ČTK)
Font size:A-|A+

SINCE managing Košice’s winning bid for the title of European Capital of Culture (ECOC) 2013, the team at the Košice 2013 project has taken a well-earned week off. But times will soon be busier than ever for the project, which is already planning ahead for the event.

An international, 13-member jury announced on September 9 that it had chosen Košice over three other Slovak bidders: Martin, Nitra and Prešov. The eastern Slovak city will share the title with the French town of Marseille.

The Košice 2013 project spent the entire summer working on the bid. According to Marek Kolárčik, Košice 2013's project manager, the Sk2.5 billion (€83 million) that will pour into the town’s cultural institutions over the next few years as a result of the win is ample reward for their efforts.

“We hope it will allow us to build the cultural infrastructure that’s missing here but is completely common in developed Western metropolises,” Kolárčik said.

He observed that getting the title of ECOC will ease a lot of the work that Košice must accomplish in order to put itself on the map.

“We expect that Košice will now attract many more visitors, as well as investors and developers,” he told The Slovak Spectator. "An improved cultural infrastructure is closely connected to an expansion of related facilities, such as hotels, restaurants, or even roads and airports. Moreover, all the upcoming events might boost the labour market and draw our young skilled workers who left the country back home for better pay.”

Kolárčik confirmed that the city will not lose any money on what it invests in the event, outside of some obligatory investments from the municipality.

“The direct return on each crown spent on the cultural development amounts to four crowns from other sources,” he said.

A variety of events are being planned for the lead up to the event, which has created the need for a new coordinating body to put the call out for proposals and supervise the budget.

As well as supporting emerging artists and their creative stays in both Schengen and non-Schengen countries, the ECOC grants will be focused on long-term operational projects and incubator assistance, including leasing space at a low rent .

“One of the most important tasks is to take the weight off artists’ shoulders by providing them with practical help and advice as far as administrative issues are concerned,” Kolárčik told The Slovak Spectator. “Otherwise, they won’t have the space nor time for free artistic creation.”

Roman Sorger, Košice 2013’s artistic director, agreed that the city’s cultural figures should have more room to express themselves, and stated his belief that the ECOC will help to accomplish that.

“Our artists have had no platform for meeting and exchanging their ideas,” he remarked. “They do not synchronise their work, they do not stimulate one another ... They simply do not communicate. This winning bid gives us a chance to establish international partnerships and compare our results with others’.

We must be able to cooperate with the cultural elite and win recognition as their full-fledged partners.”

Sorger is confident that Košice’s artists will achieve international recognition once the financial situation of the city’s arts scene is improved.

“When we recently presented Košice’s ballet, philharmonic orchestra, Roma theatre and film school to our colleagues in other European countries, we were far from feeling like poor relations,” he told The Slovak Spectator. “The only difference was money.”

Sorger emphasised that the ECOC will create momentum that must be met with redoubled effort if the city is to meet its objectives.

“The best is still to come,” he commented. “There are hundreds of things ahead of us that we cannot even think of right now. Be that as it may, there is no doubt that this event will help put together creative people who want to change Košice. And I am deeply convinced that, five years from now, my hometown will be a better place to live in.”