THE WOODEN churches in Slovakia that were recently added to the UNESCO World Heritage List have reported an increase in visits by tourists and locals. 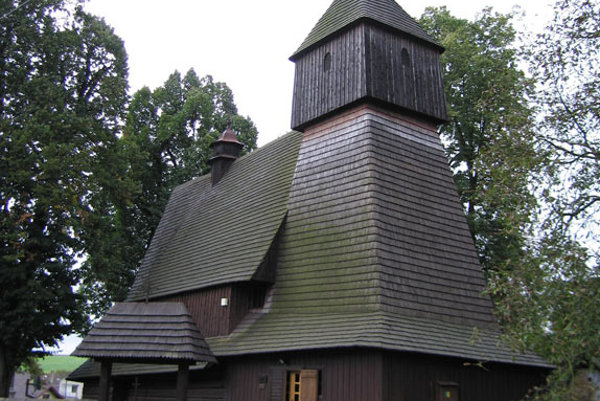 THE WOODEN churches in Slovakia that were recently added to the UNESCO World Heritage List have reported an increase in visits by tourists and locals.

Couples who have the opportunity to get married in the small wooden churches reportedly prefer them to larger stone or brick churches. According to Martin Kostilník, a priest who administers the parish of Hunkovce, in the Svidník District, which includes the wooden church in Bodružal, the number of visitors to the church increased by at least 20 percent after it was added to the UNESCO list in July, the SITA newswire wrote.

At the church in Bodružal, where masses are celebrated regularly, people have quickly become aware of its UNESCO listing. Visitors from Western Europe are still the most numerous: French, Germans, Belgians, and many Polish people have visited. This year, however, visitors from Slovakia surged in number, mainly from the western part of the country. The eastern-Slovak village of barely 50 inhabitants now needs a new parking lot, and the priest wants to solve this in cooperation with the local mayor.

The Bodružal church is Greek Catholic and was built in 1658. It is dedicated to the saint-bishop Nicholas. It is one of the oldest and best preserved churches of the Eastern liturgy in Slovakia.

At the Gothic Roman Catholic wooden church in Hervartov, in the Bardejov District, the UNESCO listing has been reflected mainly in an increase in wedding ceremonies. While couples had prevailingly been married in the village’s new brick church, suddenly they have started preferring its smaller wooden counterpart. Of five September weddings, four will take place in the wooden one. The priest, Jozef Kvartek, cannot explain this change by anything other than its inclusion on the UNESCO list.

In summer, the number of visitors to the church rose steeply. But Hervartov lies close to the centre of the July floods, which may have discouraged some visitors. Hervartov has been preferred almost exclusively by visitors from abroad, especially from neighbouring countries: Poland, the Czech Republic, and Hungary, and from Western Europe mainly by Austrians, French, and Germans. Slovaks visit rarely, most often in groups with a priest.

Masses are celebrated only on special holidays in the wooden church; the village, which has 500 residents, has a brick church for normal masses. To date, the wooden church has been receiving around 5,000 annual visitors. Its original date of construction is not known, but is thought to be around 1500.

The Greek Catholic church in Ladomírová has also seen increased interest from tourists – again, mainly from Western Europe. On July 1, the priest was replaced and as a result there is little knowledge of how visitor numbers might have changed.

On July 7, all three churches joined UNESCO’s World Heritage List as a result of their exceptional worldwide value. They were part of a group of eight wooden churches added to the list under the title Wooden Churches of the Slovak part of the Carpathian Mountain Area.