EUROPEAN financial markets seem to be going down with the contagion which has been affecting their counterparts in the United States for more than a year now. The world spent the past week waiting with bated breath for a U.S. congress decision about how – or whether - to throw the ailing financial sector a multi-billion dollar lifeline. 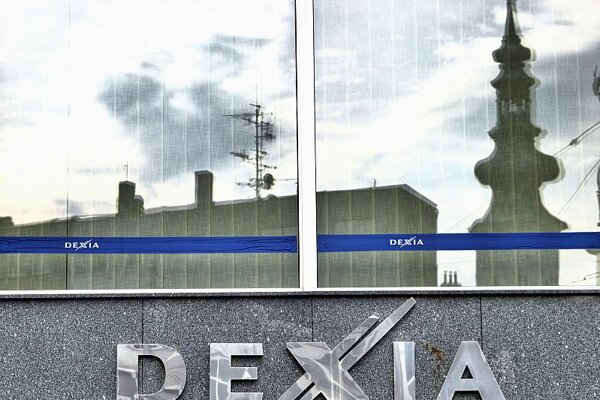 EUROPEAN financial markets seem to be going down with the contagion which has been affecting their counterparts in the United States for more than a year now. The world spent the past week waiting with bated breath for a U.S. congress decision about how – or whether - to throw the ailing financial sector a multi-billion dollar lifeline.

Meanwhile, Slovak bankers had been busy comforting clients here that they were still sheltered from the spreading financial crisis. But after news reached Slovakia that the Belgian-French financial group Dexia needed government support to remain afloat, the market was forced to ask hard questions about how close the crisis really is and whether clients of Dexia’s Slovak subsidiary should be worried.

Dexia Banka was quick in its response: it said its clients are safe and Dexia’s parent company is now sound.

“Information published in media regarding the development on the European financial markets and the Belgian-French group Dexia do not have any negative impact on Dexia bank Slovakia,” Dexia Banka spokesman Michal Fúrik told The Slovak Spectator. “At the same time, the most recent development around the Belgian-French financial group Dexia confirms the stability of this group.”

The Belgian, French and Luxembourg governments agreed to provide €6.4 billion to help the bank stay on its feet.

And on September 30 Dexia Banka confirmed that the Belgian-French group had increased its share capital.

“This step taken by the governments of Belgium, France and Luxembourg and the current shareholders will secure the solvency of the group and at the same time will make it possible for Dexia to remain one of the better capitalised banks in Europe,” Fúrik said.

Fúrik confirmed that clients had been inquiring about the emerging situation, and added that the banking house has sufficient capital for clients not to have reason to worry.

He said Dexia Banka is a stable, independently managed bank with its own capital, which has a strong enough clientele to maintain its financial stability and meet its obligations to clients.

“The National Bank of Slovakia (NBS) currently sees no reason for clients to worry about their deposits,” Jana Kováčová, spokeswoman for the central bank, told The Slovak Spectator. “Dexia operates in Slovakia as an independent body, which has enough capital and liquidity. Its receivables are oriented mainly to Slovakia.”

However, the NBS Bank Board, one of the central bank’s top bodies, considered the situation in European financial markets serious enough to merit discussion at its September 30 session. Its conclusion for the Slovak market remained optimistic: the Board does not yet see any reason for businesses or citizens to worry.

According to the Bank Board, all of Slovakia’s banks have enough capital and liquidity, and the crisis in other countries has no impact on their situation.

The vice governor of the NBS, Viliam Ostrožlík, told media on September 30 that the direct impact of the financial crisis on the Slovak financial sector in the form of loss of investments is negligible.

“The Slovak financial sector is pretty isolated, because it operates mainly in Slovakia,” said Ostrožlík, as quoted by the SITA newswire.

However, secondary effects related to the slowdown in European economies which are Slovakia’s main trade partners could become visible in the real economy. Still, Ostrožlík said that the impact should not be fundamental.

Meanwhile, José Manuel Barroso, the president of the European Commission, said on October 1 that the financial crisis is indeed a very serious situation, which requires a major effort on all sides.

“The supervision authorities, the member states, the central banks and especially the European Central Bank, the presidency of the Council and the European Commission: we all work together, and the appropriate interventions are taking place where companies are in difficulty,” Barroso said, according to an official release distributed to media. “I would underline in particular that this is working well not only at the national level but also at cross-border level.”

Barroso praised the job the European Central Bank has been doing to ensure the liquidity of the markets.

As for Europe’s response to the crisis, Barroso said that the EU needs to further strengthen the supervisory structures at the European level and must refine rules on the evaluation of complex assets.

This includes adapting the accounting rules to a new situation. Europe also needs to improve the consistency of deposit guarantee schemes and increase the transparency of executive pay.

“At the same time, we need to reaffirm and strengthen our commitment to structural reforms for growth and jobs under the Lisbon strategy,” Barroso said. “This crisis will have an impact on the real economy and competitive pressure from others will not disappear. The work of the past years has given us the means to confront today's crisis.”

As for further developments, Ľudovít Odor, a member of the NBS Bank Board has said he certainly expects the growth rate of the Slovak economy in the coming period to slow.

According to Odor, speaking at the HN Club discussion forum organised by the Hospodárske Noviny financial daily on September 29, what happens will in part depend on development in the United States.

“The good news is that the real U.S. economy is in relatively good shape, so the slowdown need not be dramatic,” Odor said.