THE EXPLOSION that killed Róbert Remiáš, the go-between for a key witness to the abduction of Michal Kováč, Jr., in 1996 was without a doubt caused by a car bomb. 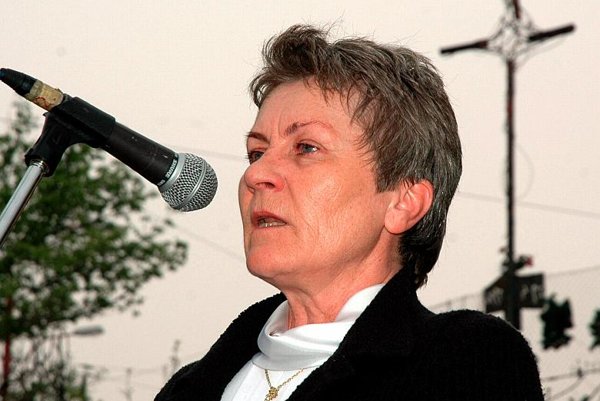 THE EXPLOSION that killed Róbert Remiáš, the go-between for a key witness to the abduction of Michal Kováč, Jr., in 1996 was without a doubt caused by a car bomb.

This was the conclusion recently reached by the Institute of Energetic Materials in Pardubice, Czech Republic. The conclusion vindicates the findings of police experts at the time of Remiáš's death, who concluded that he had been murdered. And it directly contradicts claims made by HZDS chairman Vladimír Mečiar, who, as prime minister at the time, repeatedly maintained that the explosion was an “unfortunate accident”.

Remiáš was the best friend of Oskar Fegyveres, a former agent at the Slovak Information Service (SIS), the country’s intelligence agency, who had participated in Kováč’s abduction in 1995, when his father was the sitting president.

Fegyveres told lead investigator Peter Vačok in October 1995 that the abduction was organised and ordered by Ivan Lexa, who headed the SIS under Mečiar.

After his testimony, Fegyveres fled abroad out of fear for his safety, where has remained since. Vačok was removed from the case soon after, and was eventually fired.

René Vanek, spokesman for the Regional Prosecutor’s Office in Bratislava, confirmed to The Slovak Spectator on September 30 that Remiáš’s car had exploded as the result of a bomb.

Nevertheless, Vanek also confirmed that the investigation into Remiáš’s murder had been halted several times over the years.

The office most recently did so several days after the European Court for Human Rights ruled on September 23 that Slovakia had violated Lexa’s rights by detaining him for three months in 1999 on charges related to Kováč’s abduction.

“As soon as there are new facts that can allow the investigation to continue, it (the Prosecutor’s Office) will issue a resolution to continue, and it will,” Vanek told The Slovak Spectator.

He added, “Simply put, all the known evidence in the Remiáš case has been exhausted, and we still cannot say that a specific person committed this.”

Mečiar was the main proponent of the theory that Remiáš’s death was caused by an accident.

And just two years ago, General Prosecutor Dobroslav Trnka maintained that the explosion could have been the result of a technical malfunction in Remiáš’s car.

“I cannot exclude that technological findings may tell us that this might not have been a homicide, but I would not like to make conclusions prematurely,” Trnka told the Slovak Radio on September 26, 2006.

But a mountain of evidence discrediting that theory had emerged in the summer of 1996. Fegyveres gave an exclusive, final interview to this writer in the spring of 2003. Asked whether he thought that Remiáš had been killed and, if so, whether the murder was retribution for helping him, Fegyveres answered: “Of course. I cannot imagine him being killed for anything else.”

Fegyveres noted that the SIS spied on Remiáš for six months before his death. About a month before his murder, the spying had become so intolerable that Remiáš sought help from Jozef Číž, the lead investigator at the time.

Remiáš described three cars that had been following him. The cars were eventually traced to a gang from Nitra called the Ferus group.

“But Číž just laughed at him,” Fegyveres recalled. “He told him that he would not help until he revealed where I was hiding, or until he brought me in.”

The fact that Remiáš was followed is confirmed in reports by Vladimír Mitro, who replaced Lexa as head of the SIS in 1998. Shortly after taking office, Mitro compiled a report on SIS activities during Lexa’s tenure, which he read before parliament in February 1999.

“There are several proven facts confirming the suspicion that the SIS was behind the death of Róbert Remiáš,” the report states.

Some experts say that the investigation into Remiáš’s murder was marred from the very beginning.

Tibor Šmída, a former employee of the Criminal Expertise Institute (KEÚ), which in 1996 investigated the explosion that killed Remiáš, is one of them.

In the summer of 1996, Šmída and other staff at the KEÚ concluded through chemical analyses that Remiáš’s car had exploded as the result of a bomb. Šmída later confirmed to this writer that his superiors had pressured many of the people at the KEÚ to come to the conclusion that it had been an accident. Šmída refused, he said, and was immediately fired.

“The crime scene unit was even recalled,” he said. “It had not finished taking samples. And by morning, many of the traces were gone.”

Šmída added that the tragedy of Remiáš’s murder, other than the crime itself, was the message it sent about the state of Slovak politics.

“So many years after the Velvet Revolution and after building democracy, the truth again had become unnecessary, unwanted, inconvenient,” he said. “In fact, there was a brutal battle being waged against it.

In December 2002, police charged Lexa with ordering a hit on Remiáš from Miroslav Sýkora, a former gang boss. But in September 2006, the Special Prosecutor’s Office halted Lexa’s prosecution after the body of Karol Szatmári, an informant who had testified against Lexa, was found floating in the Váh River.

Szatmári had testified in 1999 that Lexa had ordered Remiáš’s murder and that Sýkora had sent Imrich Oláh and Jozef Roháč to do the job. Oláh’s body was found in 2006. An autopsy concluded he had been killed in 1999. Roháč has been in hiding since.

In December 2002, Marek L., a former member of the Ferus group, which had followed Remiás in the months leading up to his murder, told the Sme daily that the mafia had been involved in carrying out the crime. He later retracted his testimony.

Marek L. mentioned the participation of other notorious mob bosses, such as Peter Križanovič,
“I didn’t know Remiás personally,” he told the daily. “I learned from Križanovič that Sýkora would be interested in such a person. On the second or third day, Križanovič told me that Sýkora needed Remiáš [taken out] for SIS members, as he had something to do with the kidnapping of the president’s son, and they wanted to know where his friend Fegyveres was hiding.”

In February 1997, Sýkora was shot to death outside the Holiday Inn in Bratislava. Križanovič was murdered two months later. Both cases remain unsolved.

Július Ivan, head of the SIS’s Special Operations Section at the time of the abduction, also spoke of a connection between the SIS and Sýkora. In February 2003, when asked by a reporter from the Plus 7 Dní weekly whether he had arranged a meeting between former SIS Deputy Director Jaroslav Svěchota and Sýkora in Devín, a village near Bratislava, Ivan responded: “I must say, you are dangerously well informed about me.”

In 1999, Svěchota told Plus 7 Dní that Mečiar had masterminded the abduction. Mečiar’s intention was, Svěchota said, to discredit his political rival, President Michal Kováč, in any way possible. Svěchota defended his involvement by saying he was only following orders.

“You have to follow orders if you aren't ready to quit,” he said.

When asked whether Lexa gave the order to abduct the president’s son, Svěchota gave a simple answer: “Yes.”

In an exclusive interview with this writer in 2002, Fegyveres said that he believed Remiáš was murdered to scare him (Fegyveres) into retracting his testimony.

Fegyveres recalled that after the murder, some of his friends visited him abroad and promised to reward him if he changed his testimony. He was even offered new testimony, already written out, that he was just supposed to memorise.

“They told me that I would get everything prepared and it was enough if I said only what was written there,” he said. “I remember we talked about it being a self-abduction. I was supposed to claim that I had taken part in some self-abduction, as an SIS employee, but off duty.”

Fegyveres has been in hiding since that interview.