NEW REVELATIONS about how ex-prime minister Vladimír Mečiar paid for his luxurious villa, ‘Elektra’, believed to be worth more than Sk48 million (€1.59 million) suggest that he was helped by people who became suddenly wealthy during his term in office. In particular, an investigation of the villa’s funding by Tom Nicholson (who also reports for The Slovak Spectator) in the Sme daily, published on September 29, has pointed to Július Rezeš. He is the son of the late Alexander Rezeš, who became enormously rich through the privatisation of Eastern Slovak Ironworks (VSŽ) in Košice when Mečiar, leader of the Movement for a Democratic Slovakia (HZDS), was prime minister in the 1990s. 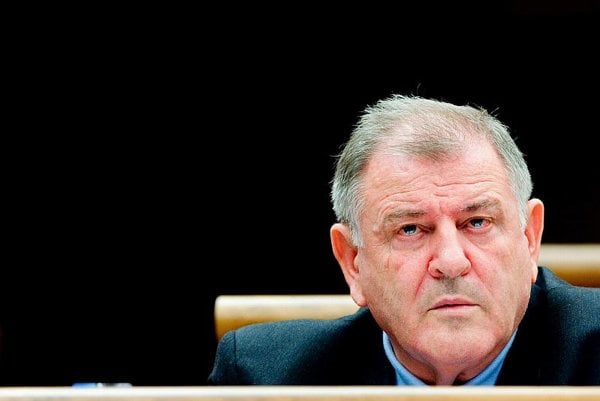 NEW REVELATIONS about how ex-prime minister Vladimír Mečiar paid for his luxurious villa, ‘Elektra’, believed to be worth more than Sk48 million (€1.59 million) suggest that he was helped by people who became suddenly wealthy during his term in office. In particular, an investigation of the villa’s funding by Tom Nicholson (who also reports for The Slovak Spectator) in the Sme daily, published on September 29, has pointed to Július Rezeš. He is the son of the late Alexander Rezeš, who became enormously rich through the privatisation of Eastern Slovak Ironworks (VSŽ) in Košice when Mečiar, leader of the Movement for a Democratic Slovakia (HZDS), was prime minister in the 1990s.

Under the management of Rezeš Jr., VSŽ veered close to bankruptcy before being purchased and saved from collapse by American investor U.S. Steel during the premiership of Mikuláš Dzurinda.

To date, Mečiar has been unable to explain how he repaid a loan to buy and renovate the exclusive villa in 1999. Questions put to the former premier over many years about its purchase have consistently elicited insults and verbal attacks on the journalists who posed them. In 2005, Mečiar said, without elaborating further, that he had repaid the debt in one instalment, using property rights owned by his wife instead of cash. Sme reported that it has obtained documents suggesting that Mečiar’s wife, Margita Mečiarová, in April 2005 bought one hundred shares in a company, Trend Tatry, owned by Július Rezeš. According to Sme, Mečiarová paid Sk1 million for the shares. Three months later, however, she sold the shares at a huge profit. For the same hundred shares, she was paid Sk60 million by another company, Paola Properties, owned by a German businessman, Peter Ziegler. Ziegler has in the past stated that he lent money to Mečiar to build the villa.

Both Rezeš and Mečiar have refused to comment on the transaction.

Trend Tatry was founded, according to the Trade Register, in 2001 by Ondrej Žemba, Milan Bališ, and Gabriel Vysaník. It has been widely reported in the Slovak media that Žemba is a member of the Slovak criminal fraternity.

Július Rezeš’ name is not listed on the register in connection with the firm, but Sme has obtained documents which it says show that he is the majority shareholder.

Furthermore, according to Sme, Vysaník and Bališ are partners in another company, GVM, which obtained more than one million square metres of publicly-owned land in Veľký Slavkov for a fragment of their market price. This dubious property transfer led to the current government’s biggest crisis so far, after it was approved by a HZDS appointee in the Slovak Land Fund (SPF).

After the news emerged, Prime Minister Robert Fico admitted that the transfer was a fraud. The plots were later returned to public ownership.

Fico has not so far reacted to the latest reports about the Mečiar's villa. The HZDS, of which Mečiar remains chairman, is a junior partner in the governing coalition which Fico leads. In the past, however, Fico has expressed doubts about how Mečiar acquired the property.

“I have been in public service since 1992, you since 1990. I know exactly what are the incomes of MPs and of prime ministers. I would have to live like a turtle for 250 years to earn as much in public service as you are trying to tell us now,” he said in a 2002 TV discussion with Mečiar, as quoted by the daily newspaper Pravda.

In September 1998, Vladimír Mečiar declared, after losing parliamentary elections, that he would leave political life. At the time he claimed that politics had not made him rich and that he owned just a two-bedroom flat and a “small [Opel] Corsa [car]”. But in March 1999, Plus 7 Dní, a weekly magazine, revealed that Mečiar was the owner of the three-storey Elektra villa, a former guesthouse, in Trenčianske Teplice. Mečiar said at the time that he had borrowed Sk5 million to buy it, and that he intended to repay the loan by 2007.

However, in May 2002 the same weekly revealed that Mečiar had invested a further Sk41 million in the villa. Mečiar said he did not recall the precise amount. “I do not know. I do not handle the bills, I did not check them,” he told the media.

In June 2002, Mečiar stated he was repaying a loan on the property at three percent interest.

Monthly repayments on a Sk41 million loan would have amounted to approximately Sk118,000.

In September 2002, Mečiar threatened a reporter for the private TV channel JOJ, Ľuboslav Choluj, who had asked him where he had obtained the money for the Elektra villa. “You ask me one more time, and I will punch you so that you do not come round,” Mečiar told him.

Several days later, Peter Ziegler, a German businessman, came to Slovakia and announced that he had lent Mečiar between Sk41 million and Sk100 million. He said he had delivered the funds to the ex-prime minister in cash, in Swiss francs. Ziegler added that Mečiar had guaranteed the loan using his property, and was due to start repaying it in December 2006. At the time, Mečiar did not comment on Ziegler’s statement. In March 2004, Mečiar said that if the debts were claimed, his children would take them over. In April 2004, Mečiar stated that he had received the money for Elektra from a legal person (i.e. a company). “To be honest, currently I do not know which,” he said, as quoted by the financial daily Hospodárske Noviny on September 21, 2005.

In June 2004, the financial police suspended an investigation into Mečiar’s villa for lack of evidence. And in September 2005, Mečiar said that he repaid the loan to Ziegler with property rights owned by his wife.

Mečiar’s children own property worth several million crowns. Their names are listed in association with several companies on the Trade Register. Their company, MMM, was formerly a co-owner of the film studios at Koliba, in Bratislava, which were privatised during their father’s term in office. According to the Trade Register, the company Štúdio Koliba has equity of Sk30 million.

Mečiar's three children jointly own a joint- stock company, Palace, which has listed equity of Sk95 million. In 2002, Plus 7 Dní revealed that one son, Michal Mečiar, had built a house in California worth almost Sk20 million, according to real estate agents.

With press reports
(Please see the autumn issue of SPEX magazine, which features the original story by Tom Nicholson)