THE EUROPEAN Commission has stripped Slovakia’s state-owned postal company of part of its monopoly. The market protection granted to Slovenská Pošta which the European Commission has now declared unlawful was the result of an amendment passed by the Slovak parliament earlier this year. 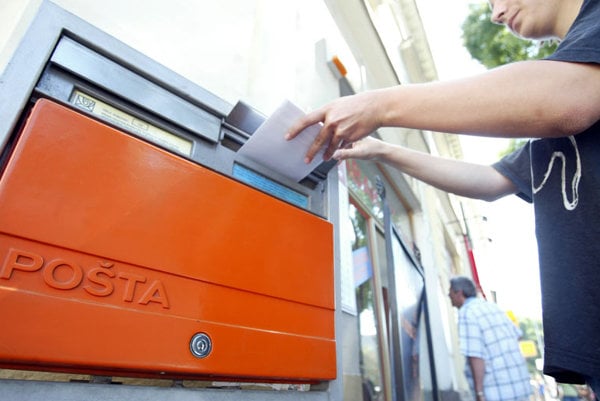 THE EUROPEAN Commission has stripped Slovakia’s state-owned postal company of part of its monopoly. The market protection granted to Slovenská Pošta which the European Commission has now declared unlawful was the result of an amendment passed by the Slovak parliament earlier this year.

Before February 2008, the delivery of hybrid mail consignments in Slovakia was open to competition. However, parliament then adopted legislation which, as of April 1, granted the state-owned company the exclusive right to deliver such mail. Hybrid mail is produced when customers transmit content electronically to a postal operator which then prints and envelopes items, and delivers them to the addressees. It is an important service for customers such as banks, insurance and telecommunication companies, which regularly send out large amounts of mail to their customers.

In a statement on October 7, the European Commission stated that the amendments to Slovakia's postal legislation infringe rules on dominant market positions, and instructed the country to re-open hybrid mail service to competition.

“The Commission's decision is directly legally binding on Slovakia, which must inform the Commission within one month of the measures undertaken to ensure that hybrid mail services remain open to competition,” the EC wrote in its official statement.

While alternative postal companies hailed the EC’s ruling as a move that would restore open competition and fairness in the Slovak postal market, Slovenská Pošta said the EC had failed to see the matter in its full scope and that “different, unintended impacts from the decision have not been fully judged”.

However, the European Commission was unambiguous in its judgement, stating: “Private operators are prevented from exercising their activity in this field and, as a consequence, incur losses that endanger their viability.”

According to European Competition Commissioner Neelie Kroes, Slovakia’s decision to re-monopolise a business activity that had already been successfully liberalised was a step in the wrong direction.

“Such attempts to benefit incumbent operators by re-monopolising liberalised services harm consumers and businesses, who depend on efficient postal services, and will not be tolerated by the Commission,” Kroes said.

Slovenská Pošta regards the EC decision as being the result of complaints by two Slovak postal operators and the international operator TNT Post.

“These companies are trying to get unlimited access to the lucrative business of transaction consignments, for example delivering invoices for mobile operators, which are subject to regulation, but at the same time they are not obliged to contribute to public postal services,” wrote Juraj Danielis, spokesman for Slovenská Pošta, in an official statement.

Slovenská Pošta argues that it needs a certain level of protection since, unlike its competitors, it is required by law to deliver consignments in unprofitable areas.

According to Danielis, competitors are free to pick and choose advantageous postal services, for example business-to-business deliveries in densely populated urban areas, leaving the burden of providing public postal services on the shoulders of Slovenská Pošta.

Slovenská Pošta said that the decision will in fact allow private operators to offer services in areas where the state-owned operator still holds the exclusive right to deliver.

“De facto liberalisation of the market is happening four years earlier than the official deadline defined by the European Commission,” said the general director of Slovenská Pošta, Libor Chrást, adding that the market for hybrid mail did not exist before in Slovakia.

The company said that the EC decision would result in direct losses of €70 million which would automatically be covered by its sole shareholder, the state. According to Slovenská Pošta, this might result in a hike in the prices of public services for consumers.

Maroš Hornáček, director of Slovak Mail Services, a private postal operator, said that the EC decision annuls the controversial law and directly entitles his company and another private operator, Prvá Doručovacia, to renew their activities in the hybrid mail market.

“We want to re-launch our activities in the hybrid mail segment as soon as possible” Hornáček told The Slovak Spectator. “However, the problem is that the revision to the law has seriously affected us and so we cannot re-launch overnight.”

According to Hornáček, the renewal of the company, as well as its technological and network infrastructure, will cost a lot of money, effort and most of all time. However, he believes that the re-opening of the market will secure healthy competition among operators.

Hornáček estimates that the potential of the market for hybrid mail, prior to the adoption of the amendment halting competition, was several hundred millions crowns.

He also said that the legal revision had had an immediate impact on over 50 percent of the turnover of private operators, while the indirect impact through lost potential was 90 percent.

TNT Post had warned from the very beginning that the approach of the Slovak government was unlawful, the company’s general director for Central and Eastern Europe, Petr Zháňal, told The Slovak Spectator.

Until April 1, 2008, TNT Post had been able successfully to offer and operate hybrid mail as it does in other European Union countries, Zháňal said.

“The EC gave Slovakia a clear signal that as a member country it must respect the rules and laws of the European Union,” Zháňal said.

TNT Post had been offering hybrid mail service from the very beginning of its operations in Slovakia until the revision stopped its business in this segment. “We will now start offering the service again,” Zháňal confirmed.

According to Zháňal, TNT Post has been working towards a complete opening of the postal market for several years, and for an acceleration of the liberalisation process in countries where existing postal operators still enjoy a monopoly.

“Not only the re-opened possibilities in the area of hybrid mail but also the additional services which alternative postal operators will be able to offer will create a healthy competitive environment,” Zháňal told the Spectator. “It is precisely competition which can bring a higher quality service for customers.”

The controversial bill originated with the Slovak National Party (SNS), who said that alternative postal service providers had been picking off the Slovak Post's most profitable clients for mail delivery up to 50 grammes, and were thus violating the post’s exclusive right to deliver.

The European Union allows new member states to keep their markets protected from wide-ranging competition until 2013.

According to Slovenská Pošta, the EC decision makes Slovakia an exemption.

“Since in Slovakia almost 80 percent of consignments within [our monopoly] can be created through hybrid mail, freeing this part of the market will affect [our] exclusive right to deliver,” Slovenská Pošta concluded.

However, the EC maintains that neither Slovakia nor Slovenská Pošta have been able to demonstrate that restricting competition is justified.

“In particular, neither the Slovak Republic nor Slovenská Pošta has been able to demonstrate that the reservation of hybrid mail services to the benefit of Slovenská Pošta is necessary to finance the universal postal service,” the EC release said.