IT NOW seems that regional policy’s time as a marginal issue is gone for good and that the European Union’s regional development programmes are running in top gear. 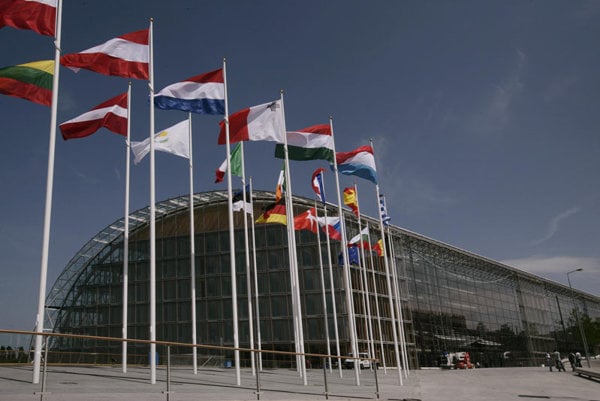 Of the three EIB schemes, JASPERS is the most mature and JESSICA the youngest. (Source: Courtesy of EIB)
Font size:A-|A+

IT NOW seems that regional policy’s time as a marginal issue is gone for good and that the European Union’s regional development programmes are running in top gear.

The EU has urged members states to pay attention to the development of urban areas. In response to this call, the European Investment Bank (EIB) has designed a tool to bolster activity in the urban sector: JESSICA, which stands for Joint European Support for Sustainable Investment in City Areas. JESSICA is the youngest member of a family of what the EIB calls “a new generation of instruments in European regional policy”.

“The JESSICA funds can cover projects such as urban infrastructure, including transport, water and waste-water management, energy, along with the preservation of heritage or cultural sites for tourism,” Marta Gajecká, a vice-president of the EIB, told The Slovak Spectator in an earlier interview.

In addition, redevelopment of brownfield sites, including site clearance and decontamination, and the building of office space for small and medium-sized enterprises, university buildings - including medical, biotech and other specialised facilities - and energy-efficient improvements would also qualify for support, she added.

Following a pattern that is typical for many EU projects and programmes, the originators of the so-called “three Js” have come up with some inventive abbreviations: In addition to JESSICA, JASPERS stands for Joint Assistance to Support Projects in European Regions and JEREMIE for Joint European Resources for Micro to Medium Enterprises.

On October 15-16, Bratislava hosted an international conference organized by the EIB and the European Commission to acquaint the community with the latest steps towards reducing economic disparities across the continent.

“In these times of extreme financial and economic insecurity, it is very important to talk about important issues such as access to fresh loans,” Hübner said in her opening speech. “Although the EU even today provides security, stability, and a constant flow of funds on which our local partners can rely, we keep looking for the best way to make the financing more efficient and make the European economy stronger and more competitive.”

Hübner said that as a result of these efforts, the three initiatives have been created to introduce innovative mechanisms of funding and raise the quality of public spending, in compliance with Europe’s cohesion policy.

According to Hübner, JASPERS is the most mature of the three initiatives and bridges an important gap in the practice of infrastructure projects.

“We have found that these projects are the major cause of delays in the European financing system, due to lack of capacity and experience in managing such large tasks,” Hübner said. “After the 2004 and 2007 accessions, the challenge is even bigger. But I am sorry to say that according to the present data, only one third of some 630 infrastructure projects in the 12 new countries of the EU will be financed from JASPERS.”

JEREMIE, which focuses on SMEs, represents a “cultural shift” from classical grants to a more sustainable way of financing. It will considerably broaden the number of beneficiaries and promote the use of holding funds, Hübner added.

“JESSICA is relatively young compared to her brothers,” said Hübner. “We are all aware of the fact that rejuvenation of our cities is very costly, but on the other hand, we know that they can earn a lot of money afterwards, mainly by enhancing new investments.”

Matthias Kollatz-Ahnen said that the initiatives in fact should boost the effectiveness of financing in the EU, improving both total resources as well as the system for their allocation.


“In the past, we have noticed some barriers to more effective financing,” Kollatz-Ahnen said. “Before we introduced Jessica, for example, it was very difficult to mobilise public money due to lack of funds.”

According to Kollatz-Ahnen, Jessica is the most “local” of the initiatives and should now bring three types of benefits: mobilisation of public money; encouragement for the private sector to join in financing urban development; and the improvement of management skills and uptake of know-how.

According to Čaplovič, Slovakia has been cooperating for 10 years, with the country accessing long-term financing for infrastructure projects at times when it lacked liquidity.

“Now, when the situation is different and the private sector is more present, it is time to think about higher forms of cooperation,” said Čaplovič.

However, as the EIB keeps emphasising, the programmes should basically be regarded only as new frameworks on existing structures.

According to official reports, JESSICA, for example, is not a new source of funding for member states, but rather a new way of using existing structural fund grant allocations to support urban development projects.

“JASPERS, JEREMIE and JESSICA are only initiatives, not ready-made money makers,” Dušan Ondrejička, information officer for the EIB told The Slovak Spectator. “Slovakia, as well as the other member states, first has to determine its priorities, and only then can it take advantage of the different funds.”

Ondrejička added that the EIB, which co-ordinates the programmes, is a “project-driven” institution, meaning that its actions are only reactions to clients’ applications.

“We do not come to see our clients to tell them what they should do,” he said. “We ask them what they want to do, and if there is the will, we help them to outline a high-quality and eligible project.”