When firms are part of the community

AN OLD proverb says that if someone wants bad things to befall someone else, all the first person has to do is wish a bad neighbour on him. 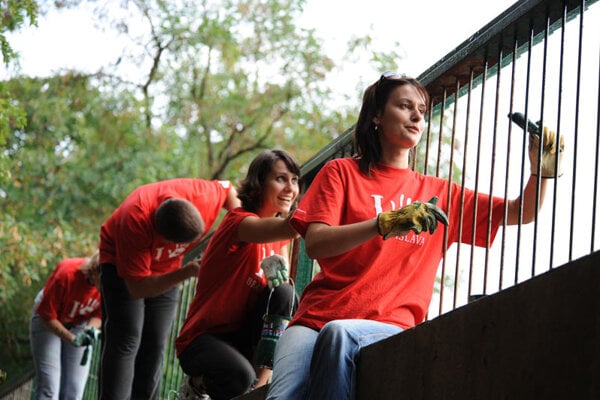 The popularity of the Naša Bratislava event is increasing. (Source: Courtesy of Pontis)
Font size:A-|A+

AN OLD proverb says that if someone wants bad things to befall someone else, all the first person has to do is wish a bad neighbour on him.

Any company that assumes it is enough to run an enterprise in line with the law will quickly learn that the environment in which it operates can shortly dispell this misconception. There are several ways it can happen: a lack of interest from employees, reluctance from local suppliers, or even strikes.

In recent years, Slovak companies have changed their attitude towards supporting local communities.

Some companies have formed foundations to fund strategic initiatives. For example, one global management consulting company helps victims of human trafficking and supports the rehabilitation of prisoners.

Some large companies support the region in which they operate.

Furthermore, firms have managed to achieve transparency in the way they support these projects: criteria are clearly set and a committee of experts from the field decides whom should receive the grants.

The public often examines a company’s motive for supporting the community.

Is it based on ethics, responsibility and a long-term interest in a healthy community, or is it a conscience put on for commercial advantage? In Slovakia, about a dozen companies assess and report their achievements using the so-called LBG Model, an internationally renowned methodology for measuring Corporate Community Involvement.

They classify their support into three categories based on the motivation behind it. These are often welfare activities, which combine the company's altruistic and commercial activities to about the same degree. Corporate community involvement is no longer effective as a one-time initiative, which means it must be part of the company's long-term strategy.

A company needs employees who identify with the goals of community involvement. Teambuilding events are one of the activities that can help to motivate employees.

Among the increasingly popular activities are welfare employee volunteering events. In practice, this means that companies assist the community financially as well as by using the heads and literally the hands of their employees.

The success of Naša Bratislava (Our Bratislava), a corporate volunteering event, proves this trend is justified.

Corporate community involvement has expanded from being the agenda of a single department to a strategy that involves the entire company.

Several large companies have incorporated a day of volunteering into their human resources policies.

This means they allow employees to take a day off and spend it participating in a community welfare project of their choosing.

Information on what is done with the money that the public donates will be even more important for both the public and companies.

Therefore, more attention will have to be paid to measuring the impact and results of a project than before.

Companies and non-governmental organisations will be able to get this information more easily only if they cooperate and communicate more intensively.

Many non–governmental organisations fear cooperating with business would risk their reputation and independence.

But if companies and NGOs want to measure the outcome of their joint community activities, they will have to redefine their relationships.

It is likely that we will see more cases of linking a product to a certain social cause, or so-called "cause-related marketing."

The term was created in 1983 by the American Express US financial services company, which supported charitable causes during the Statue of Liberty Restoration campaign. Such campaigns are very common abroad, but are only now finding their place in Slovakia.

An example is the Dobrý anjel debit card programme from VÚB Banka, or Stužka, the decorative set of pendants from the Avon cosmetics company.

In the first case, the bank pays 1 percent of every purchase made with this card to Dobrý anjel, which helps families with oncological illnesses.

In the second, the proceeds from the sale of the pendants fund activities aimed at preventing breast cancer .

The crucial factors for developing CCI in Slovakia will be increasing everyone's expectations for the social role companies should play, motivating the public to demand transparency and increasing the use of CCI activities to gain a competitive advantage.

Jana Ružická is a program officer with the Pontis Foundation