Euro may increase use of cash back

CASH back, a service common in much of the world for more than 15 years, is finally available in Slovakia. Slovenská Sporiteľňa, the country’s biggest bank, launched the service on June 1 and ČSOB and Citibank Slovakia followed a month later. 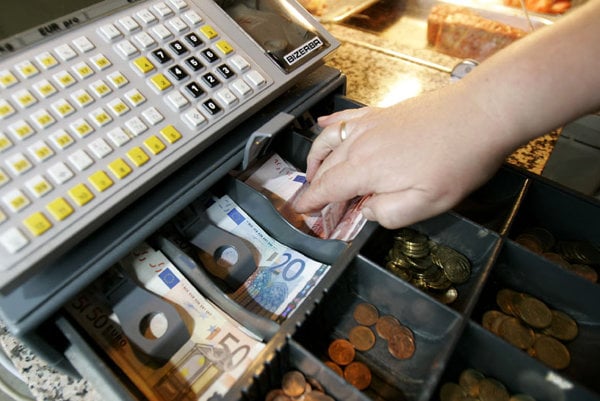 After January 1, cash back customers will be allowed to withdraw a maximum of €50. (Source: SITA)
Font size:A-|A+

CASH back, a service common in much of the world for more than 15 years, is finally available in Slovakia. Slovenská Sporiteľňa, the country’s biggest bank, launched the service on June 1 and ČSOB and Citibank Slovakia followed a month later.

When paying with a bank card, these customers can now ask for a certain amount of cash. The minimum purchase they have to make is Sk150, and they can ask for as much as Sk1,500 in cash.


“Cash back gives our customers access to cash in particular in places where there are no cash machines,” Štefan Frimmer, spokesperson for Slovenská Sporiteľňa (SLSP), told The Slovak Spectator.

ČSOB has focused the service in locations outside the capital and other large cities.


“The aim of the cash back service is to improve access to cash in places which are not covered within the network of cash machines,” Tereza Molnár Copláková, a spokesperson for ČSOB, told The Slovak Spectator.

“It is now available in more than 100 shops in Slovakia,“ Frimmer said. “For the time being, it is in northern and southern Slovakia.”

SLSP’s website gives a detailed list of the places to go for customers who use VISA Electron, VISA, MasterCard or Maestro debit cards.

Any shopkeeper or trader who uses a SLSP point-of-sale (POS) terminal can provide the service.

“Every month between 20 to 30 traders are added to the list of those offering cash back,” Frimmer told The Slovak Spectator. “Supermarkets and grocery stores are the ones that most commonly enable a customer to take cash.”

For now interest in the new service is not very high, but SLSP and ČSOB expect it will gradually increase.

“The Slovak client is still quite conservative and cannot identify this service,” said Dávid Jakub from Norma, which was one of first companies to offer cash back in Slovakia, the SITA newswire wrote. Norma is part of the Bala shop network.

Visa Europe, the European payment system which extended the service into Slovakia, believes that it has potential but needs time to develop.

“Considering the high increase in non-cash operations and the considerable response to the service in other markets we believe in an early and positive response in Slovakia as well,” Miloslav Kozler of Visa Europe said, as quoted by SITA.

SLSP hopes that it will catch on.

“As with all new services, it will also take some time for cash back to become a common part of life,” Frimmer said. “The same happened with bank card purchases. The good news is that the number of shops that allow cash back is growing.”

In SLSP, the average amount drawn using cash back is almost Sk1,100.

As of January 1, when Slovakia adopts the euro, SLSP customers who want to use cash back will have to make a minimum purchase of €5. The biggest amount they will be allowed to draw is €50.

The banks predict that cash back and the introduction of the euro will spur interest among shopkeepers and traders in acquiring POS terminals.

“POS terminals enable shopkeepers or traders to avoid worries about high amounts of euro coins,” Frimmer said. “Both factors might also motivate customers to pressure traders to enable them to pay with bank cards because they want to avoid keeping heavy coins in their wallets.”

This is the same increase as during all of 2007. The highest interest is in the Košice, Prešov and Banská Bystrica regions, Frimmer said.