The principal ballet of Slovakia, the Slovak National Theater (SND), is opening its new season with the premiere of Ivan the Terrible, the ballet by Sergei Prokofiev. 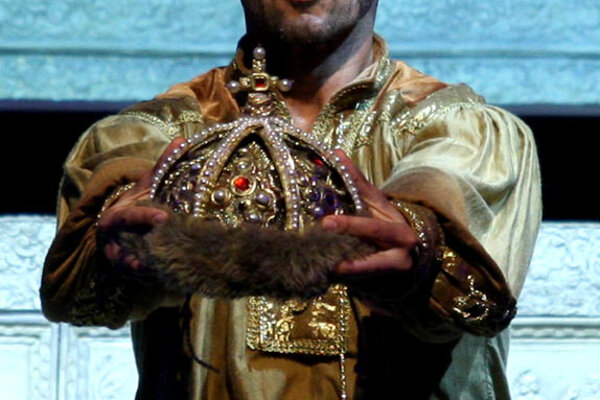 The principal ballet of Slovakia, the Slovak National Theater (SND), is opening its new season with the premiere of Ivan the Terrible, the ballet by Sergei Prokofiev.

The long-standing soloist of the SND ballet, Libor Vaculík, is at the same time the author of the lyrics, the choreographer and the director of this performance of the dramatic ballet about the Russian 16th century ruler.

Other pieces in the repertoire of the ballet and opera ensembles of the SND include Boris Godunov by Modest Mussorgsky, four operas by Giacomo Puccini (Turandot, Madame Butterfly, La Boheme, Tosca), works by Giuseppe Verdi (Aida, Don Carlos, La Traviata, Nabucco), and others.

The ballet ensemble offers modern as well as classical ballet performances, for example the KY-TIME program dedicated to Jiří Kylián, a Czech choreographer who established himself abroad and who since 1976 has been the artistic director of the Nederlands Dans Theater; Warhol by Mário Radačovský; and Raymond and Serenade by Pyotr Tchaikovsky.

Performances begin at 19:00 unless stated otherwise.

Go to www.snd.sk for dates and exact programmes. Opera and ballet performances take place in the historical building of the Slovak National Theater on Hviezdoslavovo Square or in the new building on Pribinova Street.

To buy tickets go to www.snd.sk, www.ticketportal.sk, or to box offices in the new building of the SND (entrance from Olejkárska street), or in the historical building of SND at Jesenského street.