PRIME Minister Robert Fico is sticking firmly to his widely-heralded ‘get tough’ approach to energy monopolies: in his latest move he has denounced the pricing policy of Slovakia’s major gas company, which has already had two requests to raise household gas prices blocked by the country’s network regulator. 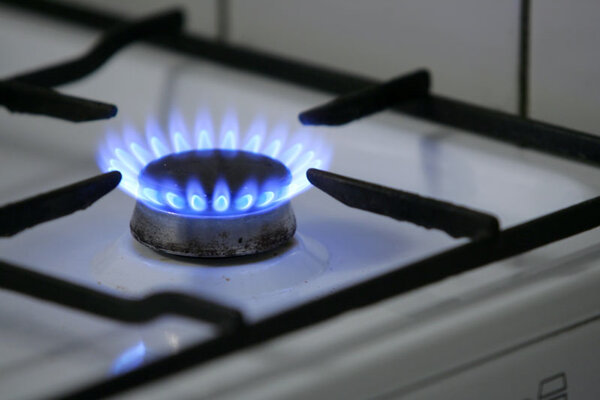 PRIME Minister Robert Fico is sticking firmly to his widely-heralded ‘get tough’ approach to energy monopolies: in his latest move he has denounced the pricing policy of Slovakia’s major gas company, which has already had two requests to raise household gas prices blocked by the country’s network regulator.

Fico has also offered to buy back the 49-percent share of Slovenský Plynárenský Priemysel (SPP) owned by two foreign shareholders and said that if the company does not give up its plans to increase prices, even tougher measures will follow.

The SPP lodged its first request to raise prices with the Regulatory Office for Network Industries (ÚRSO) in late August, seeking a 15.9 percent hike in prices for households. After this was rejected, the company subsequently requested a 19.8 percent increase. On October 15, this too was turned down by the ÚRSO.

Meanwhile, Fico suggested that the government may change the law to give the state’s nominees on the company’s board of directors the right to veto further price proposals.

“We will do it without any hesitation,” Fico said on October 20, as quoted by the SITA newswire. “If SPP keeps provoking us, we would go further than just the right to veto.”

The prime minister argued that SPP has lodged its requests at a time when the company is making billions of crowns in profit from transporting gas through Slovak territory.

“Slovakia is not a banana republic where anyone can come to reap what they please and then act insulted when they do not get it,” Fico told public-service broadcaster Slovak Radio.

The prime minister also said that since the foreign shareholders paid Sk123 billion for their 49-percent share in SPP, in a deal that he described as disadvantageous for Slovakia, he wants the shares back for the same amount.

The shareholders responded by saying that they remain hopeful that Slovakia will meet its contractual obligations.

As an EU member state Slovakia has to respect basic open market principles and all obligations resulting from validly signed contracts, Adrian Schaffranietz, head of International Press of Services at E.ON Ruhrgas, told The Slovak Spectator.

“E.ON Ruhrgas came to Slovakia as a long-term strategic investor, [and] as a result of that SPP is today a modern, restructured energy group which can face the future challenges of this sector,” Schaffranietz said.

According to Schaffranietz, rising energy prices are a worldwide development which have resulted in increasing gas purchase costs. He said it is justified, and in line with Slovak regulation as well as EU law, that these increases are reflected in gas retail prices.

“The issue of rising energy prices can only be addressed by measures to increase energy efficiency and save energy,” Schaffranietz said.

Meanwhile SPP said that ÚRSO’s decision will mean that the company will suffer a loss of over Sk1 billion from the sale of gas to households and that it simply cannot use profits from gas transit activities to cover the loss.

“The money that SPP would receive from higher gas prices would not stay on the company’s account but would be used to pay invoices from [Russian gas supplier] Gazprom Export,” SPP spokeswoman Dana Kršáková told The Slovak Spectator.

SPP cannot use profits from other gas-related activities, for example the international transit of natural gas, to cover losses from the sale of gas to households, said Kršáková.

“This would violate not just Slovak but also European legislation, which bans cross-subsidising in order to prevent any deformation of the energy market,” Kršáková said.

SPP is currently analysing ÚRSO’s decision of October 15 and says it will take further steps to protect its rights .

The last time SPP raised gas prices was in November 2006; in January 2007, prices were cut by 4 percent. Household gas prices in Slovakia are among the lowest of the Visegrad Four (V4) countries and across the whole European Union, said Kršáková. She added that as a result of the increase in world energy prices, prices for natural gas supplied to households in other V4 countries has risen, since January 2007, by between 13 and 53 percent.

Earlier this year the Fico government decided that gas suppliers will be able to charge only regulated prices to households whose annual consumption does not exceed 6,500 cubic metres. On July 2, the government gave ÚRSO more authority to cap energy prices.

Smer’s ruling coalition partners, the Movement for a Democratic Slovakia (HZDS) and the Slovak National Party (SNS), said they support the government’s efforts to prevent gas price rises for households. Fico has been consistently critical of the former government of Mikuláš Dzurinda for selling a 49-percent stake in SPP to the French and German investors calling the move “nonsense”.

“Only a fool could have sold SPP for Sk123 billion to the French and Germans, who are now doing with the company literally what they want,” Fico, said as quoted by SITA.

In 2002, the Mikuláš Dzurinda government sold the 49-percent stake in SPP to the foreign investors for USD 2.7 billion, which was about Sk130 billion at that time.

“If there is a trade conflict [anywhere else] in the civilized world the courts solve it,” Štefanec told The Slovak Spectator. “Fico’s statements are also an expression of distrust in the independent courts.”

As for the impact Fico’s statements might have on foreign investors, Štefanec said that the prime minister’s conduct, which focuses on portraying them as the enemy, does not only worsen Slovakia’s position but will also be reflected in a fall in investment in the country’s energy sector.

According to Štefanec, Prime Minister Fico has been espousing his aversion of everything free and private while, thanks to the effectiveness of the private sector, he has had Sk130 billion more at his disposal in just the last three years.

Štefanec also said that instead of making senseless proposals, the prime minister should support moves that improve conditions for the middle class and the business environment in Slovakia.