Lack of labour pushes wages up

WAGES in Slovakia are rising, it is becoming more and more difficult to find qualified labour, and many graduates lack practical knowledge: these are the findings of a recent study by the German-Slovak Chamber of Commerce. 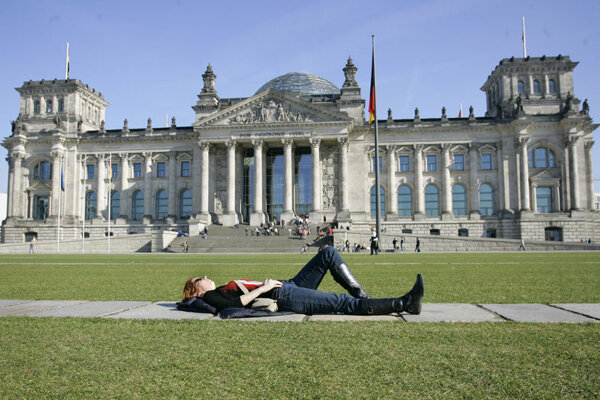 WAGES in Slovakia are rising, it is becoming more and more difficult to find qualified labour, and many graduates lack practical knowledge: these are the findings of a recent study by the German-Slovak Chamber of Commerce.

The survey on wages in Slovakia involved 51 companies, mainly German, of different sizes, and from different regions and sectors. It requested information on wages for 10,000 professions. The survey was conducted in cooperation with Kienbaum Consultants and similar surveys were also conducted in other countries in Central and Eastern Europe, thus allowing for regional comparisons.

In times when qualified labour is scarce a company needs to know what salaries it should offer to potential employees, or to offer to existing employees to encourage them not to switch to the competition, said Markus Halt from the German-Slovak Chamber of Commerce.

“This study’s intention was to give German firms and investors detailed information about wages, salaries, benefits, etc.,” said Halt.

One finding was that wages in the companies surveyed rose by 9.2 percent between summer 2007 and summer 2008. At the same time, companies were quite critical about the labour market in Slovakia.

“With the introduction of the euro employees expect further price increases and are thus demanding higher salaries already," said Dietrich Max Fey, a member of the board of directors of Západoslovenská Energetika, in a press release issued by the chamber. “Such a development is dangerous. It increases the risk that manufacturing companies will move further east.”

The reason for this high price increase is the shortage of qualified labour, said Halt. “If it is harder to find good people, you have to offer them more.”

Another reason was quite high inflation. Moreover, many of the companies which participated in the survey had enjoyed good financial results in the survey period, which resulted in wage increases particularly for higher positions in the firm. They were being rewarded for the good financial outcome, according to Halt.

The study also asked companies how they estimated developments in labour potential. The survey showed that companies believe their difficulty in finding qualified labour will probably continue, especially in the western part of country.

Around 65 percent of those responding to the survey said that the demand for qualified labour would rise.

“The situation is very tense, mainly in Bratislava,” said Fey. “It is, for example, a great problem to find controllers and engineers. New investors, who lure qualified employees from the competition, are also partially responsible.”

In addition, 60 percent of respondents from western Slovakia said that the educational level of employees was not sufficient to meet the practical demands placed on them.

“It is necessary to train many employees,” said Fey. “Their education is too theoretical; the lack of practical knowledge applies mainly to university graduates.”