Some aspects of Slovak law from the German point of view

Slovakia's good reputation as an investment location is based firstly on high-quality, high-value produc-tion with relatively low labour costs. The maintenance of this advantage will, however, be difficult. Other incentives are therefore required in order to compete with other EU states or low-wage states. 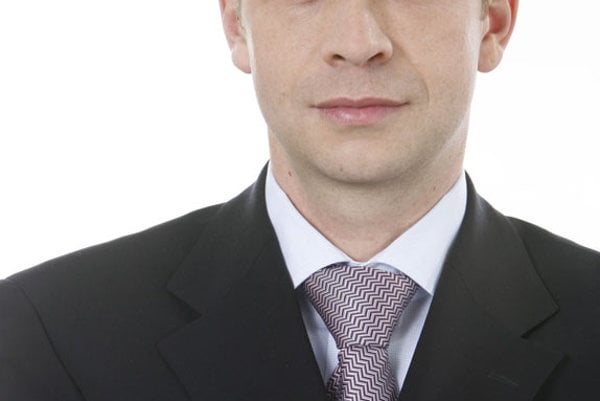 Slovakia's good reputation as an investment location is based firstly on high-quality, high-value produc-tion with relatively low labour costs. The maintenance of this advantage will, however, be difficult. Other incentives are therefore required in order to compete with other EU states or low-wage states.

The Slovak legal and tax regime is certainly one of the factors which offers considerable incentives even now for international investors and can, compared to other states, claim that it offers advantages. Some characteristic advantages will be described here.

The Slovak legal system is, in comparison to other European legal systems, still young and in many areas not widely developed. If, for example, one compares it with the highly complex and deeply researched German legal system, significant differences, above all in the area of formation, legislation, court procedure or legal theory, are evident. Nevertheless, the impression should not be given that the Slovak legal system is not capable of functioning or above all of providing the legal certainty essential for business activity, because that is not the case. Firstly, Slovakia has rapidly and comprehensively implemented European law into its own legal system and thereby provides, in many areas of commercial law, European standards of considerable benefit to internationally active companies and providing them with the necessary planning security. Even in the days of Czechoslovakia in the 1990s, Slovakia systematically adjusted its legal system - formerly based on the socialist economic system - to the new capitalist economy. German statutes were often the precedents. The new legal system has now grown with a new generation of lawyers in all areas who more systematically discuss the material and contribute to the further development of the law. European legal theory therefore influences the Slovak legal system in a sustained manner with the result that almost all legal issues arising in commercial life are adequately regulated. Nevertheless, the Slovak legal system retains its own character which could be beneficial. One such area is labour law.

Although Slovak labour law was comprehensively revised in 2007 and considerable concern that the intended strengthening of employees' rights could adversely affect Slovakia as a location was - not without reason - expressed by business interests, Slovak labour law retains its from a German point of view flexible character in spite of some far reaching changes. For example, the intention of the legislature to strengthen the role of trade unions has not by any means led to the comprehensive organisation of employees in trade unions which was thereby facilitated. One of the main reasons for this development is that, in many businesses, adequate provisions, which render the requirement of organisation in trade unions unnecessary, have already been made at the company level. The fact that Slovak employees are not as widely organised in trade unions as German employees remains the case. A further characteristic of Slovak labour law is the clearly more flexible dismissal law in comparison to Germany. Dismissal on grounds of redundancy is a case in point. Notwithstanding the fact that there is no arbitrary "hire and fire" system in Slovakia, employers can still react more easily to personnel over-capacity. A Slovak employer can easier dismiss an employee if there is no longer work for him. Without going into detail this can even be on grounds of increased internal efficiency. Likewise, a change of location or change in the organisation of the business can be a reason for dismissal too. The observance of rest periods and holidays is, however, dealt with more strictly because the legislator considered itself obliged to combat the developing practice of inappropriately long shifts and waiver of holidays in return for payment. The regeneration factor as a means of sustained maintenance of working capacity is now increasingly taken into account in Slovakia.

The Slovak limited liability company is not subject to as wide capital maintenance regulations as in Germany. In order to protect creditors, however, Slovak limited liability companies are bound by law to build-up statutory reserves. These reserves are to be formed only out of net profit by a yearly contribution of at least 5% of the annual net profit, limited, however, to not more than 10% of the basic capital. Such a model of the formation of reserves has also been now adopted by the German legislator in the case of the entrepreneurial company with limited liability just mentioned. They must annually place a quarter of the net profit in reserves until a minimum of Ř25,000.00 has been reached.

The formation of the Slovak limited liability company nevertheless continues to be considerably cheaper and simpler. It is therefore not usual practice to form shelf companies because a company can usually be provided rapidly in approx. 2 weeks. The management of the Slovak limited liability company basically conforms to German principles, according to which the managing director conducts the company's business only in accordance with the instructions of the general meeting and within the limits of both statutory law and the articles of association. Slovak law, however, does not include the granting of discharge for the previous financial year to the management, which is a provision in German law and often implemented in practice. Basically, it can be stated that many regulations applicable to the Slovak limited liability company are related to German regulations.

Another interesting point is the separation of e.g. purchase contract law, work contract law or credit law between private and business transactions, which is surprising for German companies from a German legal point of view. While German law deals uniformly with such legal relations and at most has special regulations for business-to-business transactions, these are treated separately in Slovak law. This division firstly sometimes facilitates very different results within the two groups. A prominent example and very surprising from the German point of view is the treatment of the purchase of movable property in good faith. While in Germany the purchase of movable property in good faith is always in principle possible provided that the objects are i. e. not lost or stolen, a purchase in good faith in a normal private transaction is not, in principle, possible in the Slovak legal system. In contrast, however, in business transactions such acquisition in good faith is expressly provided for even in the case that the goods have previously disappeared. It can, however, be stated in general that the specialized regulations of the Slovak Commercial Code, in particular for business transactions, corresponds mainly to the German provisions. This is because it was the UN sales law which provided the precedent for Slovak commercial law and UN sales law is similar in many areas to German law. However, the brevity of the provisions is characteristic for Slovak commercial law. In contrast to its German equivalent, the Slovak Commercial Code regulates not only almost all relevant areas of commercial law, but also the entire company law.

Further fundamental differences between German and Slovak law are in e. g. real estate law. Firstly, there is the legal division of land from buildings. In Germany, every building on a piece of land necessarily forms with the land an economic unit which the law recognises by declaring the building connected in a fixed manner to the land a significant appurtenance to the land. A legal unit is therefore formed with the result that the assignment of ownership to land automatically includes assignment of the buildings thereon. The situation is different in Slovak law, which has adopted the financial and legal distinction between buildings and soil from socialism. The result is a rather complicated assignment of land and buildings in the case of change of ownership. This division is known to the German legal system in the course of the German reunification because it applied previously in the GDR. Nevertheless, it was considerably easier for Germany to overcome this system and the application of both systems in a unified Germany would not have been possible. That it was easier in Germany to establish the unity of land and buildings (as it is also in many other legal jurisdictions) was also a result of the fact that the land registers from the GDR were in better condition than those in Slovakia, partially even today. The deliberate neglect of proper maintenance of land registers in socialism has led to sustained uncertainty with regard to the actual ownership of real estate. The consequence of this leads us to a further specialty of Slovak real estate law, in that it is still not unrestricted possible to acquire immovable property in good faith on the basis of a land registry entry. Unlike the German land register, the content of which is statutorily deemed to be correct vis-ā-vis third parties in good faith and therefore creates public credibility in the land register, the entries in the Slovak land register have the effect of only a disputable presumption. Such a presumption is not, however, adequate to create the prima facie legal rights which would justify an unrestricted acquisition in good faith. The accuracy of the Slovak land register must be established for the long term so that the introduction of unrestricted acquisition of real estate in good faith is actually possible. Until then, one must operate in the uncertain legal situation by adequately examining the real ownership situation for a period of past ten years prior to the conclusion of the contract. But even that meanwhile belongs to the self-evident parts of legal practice and does not usually lead to insurmountable obstacles.

The tax system is of course also a significant factor which characterises Slovakia as an investment location. The introduction of the 19% flat tax is generally known and regarded abroad as a major achievement. Corporate taxes are levied on the company's net profit from which losses in the past five years can be deducted. The write-off possibilities for Slovak companies are, on the other hand, somewhat restricted in international comparison because the depreciation periods are shorter. For example, motor cars and IT systems are subject to four years, plant and production equipment six years or buildings 20 years depreciation.

What continues to be in favour of Slovakia as a tax location, and is a prominent consideration especially from a German point of view, is the absence of further direct taxes. Neither a land acquisition tax, trade tax, inheritance tax, or gift tax are levied in Slovakia. Even the annual land tax is not a significant burden because it is calculated not on the current value of the property but on the basis of an index on a clearly lower calculation basis.

The simplicity of the tax system with clearly less burdens for companies than in many other states has proved itself and is regarded as a precedent for other countries. The fact that this simplified tax system has existed in Slovakia since 2004 and is therefore proven in practice, is a sustained advantage for the country.

Thomas Rosa is an Associate with Nörr Stiefenhofer Lutz s.r.o., Bratislava and manages the German Desk for Slovakia. thomas.rosa@noerr.com