Mergers and Divisions of Companies and Transfer of Assets

When implementing an investment project, it is sometimes necessary to merge or divide the target company or to transfer its assets to another company. Slovak legislation provides for several procedures for carrying out such transactions. In our article, we would like to briefly outline those procedures and describe their advantages and disadvantages. 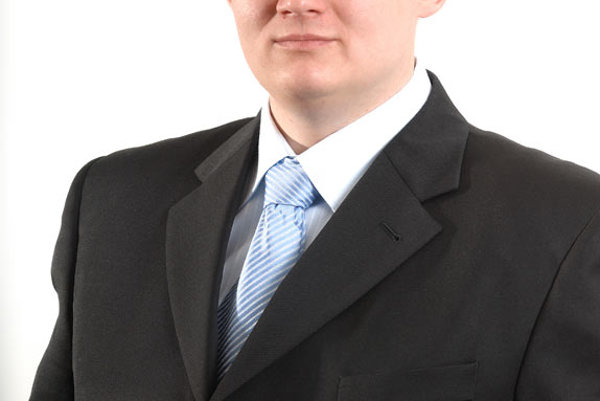 When implementing an investment project, it is sometimes necessary to merge or divide the target company or to transfer its assets to another company. Slovak legislation provides for several procedures for carrying out such transactions. In our article, we would like to briefly outline those procedures and describe their advantages and disadvantages.

The above outlined corporate changes can be carried out by (i) mergers and divisions of the target company, (ii) or by sale of the enterprise or its assets of this target company

Slovak law provides for the following forms of mergers and divisions of companies.

a) Merger by Acquisition (in Slovak: splynutie)
Merger by acquisition is a procedure where one or more companies cease to exist by winding-up without liquidation and the assets of the wound–up companies are transferred to another, already existing company, which thus becomes the legal successor.

c) Division by Merger (in Slovak: rozdelenie spoločnosti zlúčením)
The Slovak Commercial Code recognises two forms of division of companies. The first is division by merger. During this procedure, the assets of the wound-up company are transferred to other already existing companies, which thus become its legal successors.

d)Division by Formation of New Companies (in Slovak: rozdelenie)
The second form is division by the formation of new companies, in which the assets of a wound–up company are transferred to the newly established companies, all of which become its legal successors.

Merger by acquisition, merger by the formation of a new company and both forms of division are among the forms of winding-up companies without liquidation that may last more than
two years.

These merger and division procedures have many common features, but each of them is suitable for a different situation. Merger by acquisition is suitable in cases where one existing and operating company acquires another existing and operating company/companies and it is appears to be favourable to merge the assets of these companies under common management (control) i.e. into one legal entity. After the completion of the merger by acquisition, the surviving company will be the acquired companies’ legal successor and the acquired companies will be wound-up and subsequently deleted from the Commercial Register. The property of the wound-up company has to be revalued. The surviving company will assume all the acquired companies’ assets and obligations, including tax, social and health care payments, labour relations, and even possible environmental damage that might be present on the target company’s property.

Division is the reverse of mergers. During a division, the divided company’s assets and obligations are transferred to successor companies, in accordance with the project of division. However, the successor companies are jointly and severally liable to the wound-up company’s creditors. The division is suitable in case of large real estate projects and where two or more different projects with different features will be carried out. The original company which owns the assets (i.e. land) will be divided into smaller special purpose companies. The division is also suitable where a company performs different activities and it appears suitable to spin-off some of those activities into a separate company.

From the legal point of view, mergers and divisions are among the most difficult corporate operations. Over the course of these operations, the participating companies have to prepare a relatively large number of documents. Most of these documents have to fulfil the formal requirements imposed by the Commercial Code and other applicable laws and statutes.

1. Exact identification of all participating companies and their legal form,

4. The date from which the acts of the wound-up companies shall be regarded from the accounting point of view as executed on the behalf of the successor company,

One of the most important preconditions for the performance of mergers and divisions is that participating companies must have the same legal form. The only exception from this rule is the situation by merger by acquisition where a limited liability company is merged with a joint stock company and the joint stock company is the surviving entity.

a) Contract for the Sale of an Enterprise
The Slovak Commercial Code defines the enterprise as the entirety of tangible and intangible assets and personnel qualifications utilised in business. An enterprise is also formed by chattel, rights and other material values, belonging to an entrepreneur and used, or, due to their characteristic, envisaged to be used in the course of operating the enterprise.

b) Contract for the Sale of Selected Assets
As the name of this contract implies, this contract allows only selected assets specified in the contract to be transferred to the buyer. The buyer does not have to assume any liabilities or obligations related to the enterprise or the entity that owns the enterprise. If the buyer were interested in assuming certain contracts related to the purchased assets, then it would be necessary to conclude a trilateral agreement between the parties, specifying the terms and conditions of such transfer. However, due to the fact that the provisions of the Slovak Commercial Code do not expressly stipulate the rights and obligations of the transferor, a certain risk exists that the transferor will sell the assets in order to avoid the fulfilment of outstanding obligations. There is also a risk that, in certain circumstances, labour law obligations will also be transferred. In such a case, the transferor’s creditors would be entitled to request a judicial ruling that would declare the transfer of such assets invalid. The main advantage of the Contract for the Sale of Selected Assets is that the transferee may cherry-pick the assets he wants to buy. The buyer is not, in this case, forced to become part of the transferor’s corporate history, which sometimes might not be entirely revealed to the buyer.

The main difference between mergers and divisions and the enterprise/assets sale contract is that in the latter case the corporate shell of the enterprise is not transferred.

With all the above described procedures, with the exception of the Contract for the Sale of Selected Assets (these must not form a complex part of the enterprise or be capable of fulfilling a special purpose), all rights and obligations are transferred to the legal successor or buyer.

All of the above described procedures usually involve considerable due diligence work, due to the fact that the investor enters into long-term complex legal relations. The investor may also enter into the corporate history of the company (or enterprise). The Buyer usually assumes the responsibility for all risks, even those which might emerge after the transaction.

Mgr. Ing. Matej Šebesta is an Associate with NÖRR STIEFENHOFER LUTZ s. r. o.
This article
is of an informative nature only. For more info go to www.noerr.com.