JOZEF Roháč, who has been on the run from Slovak and Hungarian police for nearly a decade, was arrested in Prague on October 26 on charges of driving under the influence. 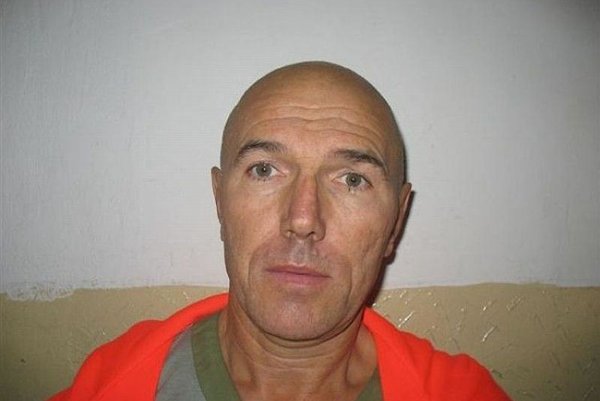 JOZEF Roháč, who has been on the run from Slovak and Hungarian police for nearly a decade, was arrested in Prague on October 26 on charges of driving under the influence.

Roháč is suspected of involvement in the murder of Róbert Remiáš in Bratislava in 1996. There is an outstanding warrant for his arrest in Hungary for involvement in at least 10 crimes, including a bombing in Budapest that killed four people in 1998. If found guilty, he faces life in prison.

Eva Miklíková, a spokesperson for the Prague police department, told the iDNES.cz news website that the police officers who stopped Roháč realised something was wrong when his Slovak-issued documents listed his age at 45.

“It turned out, of course, that the documents were fake,” Miklíková said.

She added, “The man (Roháč) had been hiding in Prague for six or seven years.”

Roháč was positively identified after 10 hours, and with the help of Slovak authorities, Miklíková said. At the time of his arrest, his blood alcohol level was 1.13 parts per thousand, well above the zero tolerance level in the Czech Republic.

Pavla Kopecká, a spokesperson for the Czech police, told the ČTK newswire that a Czech court will soon decide to which country Roháč will be extradited.

Slovakia charged Roháč in November 1999 with taking part in the murder of Róbert Remiáš, the go-between to a principal witness in the case involving Michal Kováč Jr, the former president’s son, who was abducted in 1995. According to investigators, Roháč carried out the killing with the help of Imrich Oláh and two unnamed people.

The principal witness in question was Oskar Fegyveres, a former agent from the Slovak Information Service (SIS), the country’s intelligence agency, who testified in September 1995 that the abduction was executed by SIS agents who were acting on orders from Ivan Lexa, former head of the SIS. Fegyveres fled the country immediately afterwards.

Remiáš was in contact with Fegyveres until his death on April 29, 1996, when his car exploded in Bratislava’s Karlova Ves district.

The charges against Roháč alleged that Remiáš’s murder had been ordered by Miroslav Sýkora, former head of the Slovak underworld, who was allegedly hired by Lexa. Police obtained that information from Karol Szatmári, an informant who had ties to the underworld.

Former Interior Minister Ladislav Pittner told the Plus 7 Dní weekly in December 1999 that Szatmári was not the only informant who provided such information concerning the Remiáš case.

“We can say with certainty that he made clear the connection between the SIS then and the underworld,” Pittner said.

Jaroslav Ivor, who headed the investigation into the abduction, told this reporter in an interview for The Abduction of Democracy, a 2001 book about the Kovač case, that other people from the SIS were also involved in Remiáš’s murder.

“The motive for his murder was that Remiáš was inconvenient for the SIS, and moreover, personally interested in the Kováč case,” Ivor said.

Since then, many of the key players involved in the case have been killed. On February 6, 1997, Sýkora was shot dead in front of the Holiday Inn Hotel in Bratislava. Oláh’s body was discovered on October 12, 2005 in Banská Bystrica. A DNA test revealed he had been killed in 1997. On April 22, 2006, Szatmári’s body was found in the River Váh near Komárno.

In 2002, then-Interior Minister Vladimír Palko told Radio Free Europe that Lexa had been charged with ordering Remiáš’s murder in March 1996, at a price of at least Sk2 million.

“Roháč installed the explosive and together with another man, they detonated it,” Palko said, recalling what his predecessor, Ladislav Pittner, had concluded.

René Vanek, a spokesman for the Bratislava Regional Prosecutor’s Office, told The Slovak Spectator that the charges against Roháč were dropped because his involvement in the Remiáš murder could not be proved.

Slovak General Prosecutor Dobroslav Trnka told the TA3 TV chancel on October 27 that Slovakia cannot now request Roháč's extradition, as he has been detained in the Czech Republic “at Hungary’s request.”

“In any case, we have some loose ends to tie up, and Roháč is interesting for us,” Trnka said.
Asked whether this comment was in reference to the murders of Slovak mob bosses Robert Holub and Eduard Dinič, Trnka answered: “Yes, it might be.”

However, Martin Korch, a police spokesman, told The Slovak Spectator that Slovak police have only been searching for Roháč because of the warrant issued in Hungary.

In fact, the Hungarian branch of Interpol has already requested that Roháč be extradited there, the MTI press agency wrote. Roháč stands accused of at least 10 crimes committed in the spring and summer of 1998, MTI wrote.

The first case was a bombing on Aranykéz Street in Budapest on July 2, 1998.

Ladislav Pittner also told this reporter, in another interview for The Abduction of Democracy, that the Hungarian police found Roháč’s fingerprints on the explosive.

Later, it became clear that he was speaking about a different crime involving Roháč, which occurred on June 3, 1997.

In that case, Roháč is suspected of attempting to kill another Hungarian man involved with the mafia.

According to the MTI newswire, Roháč planted a 3.5 kilogram, remote-controlled explosive under a Bentley, but the device fell off because the magnet failed to hold.

Investigators found that the Bentley had been bought by one of Roháč’s associates using a forged ID.
Hungarian police also suspect Roháč of involvement in an explosion targeting the Hungarian Civic Union (Fidesz) politician József Szájer and József Torgyán, chairman of the Independent Smallholders’ Party (FKGP).