SLOVAKIA greeted Queen Elizabeth II with rare enthusiasm in late October, during the first official state visit by a British monarch. However, her visit highlighted two unresolved issues: firstly, that Slovakia has yet to develop protocol - i.e. rules of procedure - for such visits; and secondly, the plight of the High Tatra Mountains. 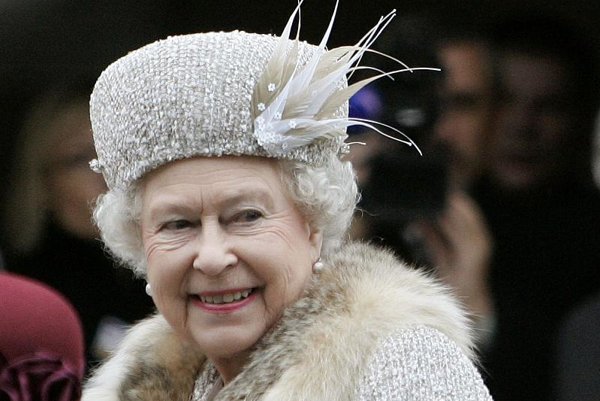 SLOVAKIA greeted Queen Elizabeth II with rare enthusiasm in late October, during the first official state visit by a British monarch. However, her visit highlighted two unresolved issues: firstly, that Slovakia has yet to develop protocol - i.e. rules of procedure - for such visits; and secondly, the plight of the High Tatra Mountains.

During her official visit to Slovakia, which took place between October 23 and 24, Queen Elizabeth met thousands of her Slovak fans. At a reception, she was introduced to some of the top personalities of Slovak social and political life. Then in Devín, near Bratislava, she unveiled a memorial to victims killed while trying to cross the Slovak-Austrian border under communism. She even dropped the puck to start an ice-hockey match.

At a festive banquet hosted for the Queen and her husband by Slovak President Ivan Gašparovič, Queen Elizabeth thanked the Slovak head of state for his hospitable welcome, “at this moment in history, when both our countries are in the EU, we are allies in NATO, and we are colleagues in the UN,” Queen Elizabeth said, as quoted by the public-service broadcaster Slovak Radio.

Elizabeth II expressed support for Slovak as well as British soldiers sent to Afghanistan. She also added that Slovakia and Great Britain were not just connected by the modern world economy.

“Britons live in Slovakia more than ever before in history, and vice versa; Slovaks also study in our country”, Elizabeth II said in her address at the banquet. “The Iron Curtain has fallen, and Slovakia has taken its place in the Europe of nations,” she stressed.

Elizabeth II added that Slovakia’s transformation within sixteen years of independence has been linked to the deepening of British-Slovak relations.

President Gašparovič for his part told the Queen that Slovak citizens welcomed her with awe and lasting respect. “With your visit, Slovakia is … being recognised as a developed, consolidated country with a rich history, but also with hopeful prospects,” Gašparovič said, as quoted by public-service broadcaster Slovak Television.

But observers criticised the fact that Bratislava does not have sufficiently exclusive and luxurious accommodation for such high-level visits. Queen Elizabeth and Prince Philip stayed at the hotel Bôrik, which was built for communist party officials under the previous regime. Although Queen Beatrix of the Netherlands also stayed there last year, Bratislava’s chief architect, Štefan Šlachta, criticised the choice of accommodation: “Bôrik lacks true noble elegance and luxury,” Šlachta told the Sme daily.

After their arrival, the Queen and her husband were welcomed by President Gašparovič in the courtyard of the presidential palace with bread and salt. The royal couple then walked around the historical centre of Bratislava.

Due to the weather, the Queen’s outfit included an umbrella, as well as her traditional hat and handbag.

In spite of the fact that the Queen’s walk lasted for just a few minutes, the most ardent fans had been waiting for the couple in the Main Square of Bratislava’s Old Town for several hours.

The centre of Bratislava, as well as nearby streets, was guarded by up to 600 policemen. The situation in the capital was monitored by an interior ministry helicopter.

In Devín, the Queen unveiled a new memorial to the Iron Curtain. It has been temporarily positioned near the memorial Gate of Freedom under Devín Castle, but will later be given a new location. The area was once part of the strictly guarded border between then-communist Czechoslovakia and Austria: the so-called Iron Curtain, which until 1989 divided the totalitarian states of the communist bloc from the democratic West.

The initiative to create the memorial came from the British Embassy in Slovakia, and also involved Bratislava Region. It took almost one year to construct.

Andrew Pittam, second secretary at the British Embassy, stressed that the monument is not only a reminder of what was here before. “By being reminded we hope people are better able to appreciate freedom today,” Pittam told The Slovak Spectator.

According to Pittam the memorial is a unique piece of art by Milan Lukáč, one of Slovakia’s leading sculptors. Pittam also drew attention to a quotation of Winston Churchill’s inscribed on the monument: “The farther backward you can look, the farther forward you can see.”

“The message being that Europe should never be divided again,” stressed Pittam.

The monument is formed by a statue 3.1 metres tall and 1.7 metres wide, made of welded iron and double-sided bronze plate, which displays reliefs of the country on both sides.

Queen Elizabeth also paid respect to those who died during attempts to escape across the border between 1945 and 1989.

With Prince Philip, she laid wreathes at the memorial Gate of Freedom. The monument has been at Devín since November 2005.

According to experts, Slovakia, as a relatively youthful state (established in 1993), has so far failed to develop one state protocol. This showed – the experts said – mainly in whom the office of President Gašparovič invited to the official banquet with Elizabeth II.

The guest-list for the banquet, which was for about 150 people, was compiled by the President’s Office, Katarína Strýčková from British Embassy told Sme. The embassy only supplemented the list with some members of the Queen’s entourage, or people who had contributed significantly to good Slovak-British relations.

Former Slovak Presidents Michal Kováč and Rudolf Schuster were not invited to the banquet. Nor did the leaders of the parliamentary opposition parties receive invitations. Of the six parliamentary party leaders, only two - the chairman of Smer, Prime Minister Robert Fico, and the HZDS chairman, Vladimír Mečiar – were invited.

But neither Fico nor Mečiar attended the banquet. The speaker of Parliament, Pavol Paška, also failed to attend, despite being invited.

Fico and Paška were supposed to have been sitting at the Queen’s table.

According to Jozef Plško, the spokesman for the speaker of parliament, Paška spoke for more than an hour “with Her Majesty on several topics and on issues concerning the common history of our countries at a private dinner”.

“The speaker of parliament wanted Her Majesty to get to know other personalities from Slovak life, and thus left the chance to take part in the reception to others,” Paška told The Slovak Spectator.
Fico’s spokesperson, Silvia Glendová, did not comment to the media on Fico’s failure to attend the banquet.

Andrew Pittam told The Slovak Spectator that the embassy was completely satisfied with the organisation of the banquet. “The President put on an excellent State Banquet, and the Queen and the Duke of Edinburgh enjoyed meeting the prime minister and speaker of parliament over lunch on their first day in Bratislava“, stressed Pittam.

However, an expert on protocol and etiquette, Ladislav Špaček, who was spokesman for former Czech president Václav Havel, told Sme that such a thing is unheard of. According to him, it was a grave failure. Špaček stressed that he considered the state banquet the most important event. “A constitutional official in such a high position can afford not to appear only when he is away on an official visit at the other end of the world,“ Špaček said.

During the second day of their visit, the British monarch and her husband were taken to Starý Smokovec in the High Tatra Mountains and from there, via a funicular railway, to the Tatra peak of Hrebienok.

During the proceedings environmentalists presented Prince Philip with a letter drawing his attention to the problems of the High Tatras. Prince Philip served as president of the international environmental watchdog the World Wildlife Fund (WWF, in 1986 renamed the World Wide Fund for Nature) between 1981 and 1996.

Slovakia may soon lose its entitlement to describe the High Tatras as a national park at international forums if the concerns of one of the world’s leading nature conservation organisations turn out to be justified.

Juraj Vysoký, the WWF’s representative in Slovakia, repeated these fears to The Slovak Spectator.
Vysoký said that although Slovak problems should be solved here, environmentalists in Slovakia decided to notify Prince Philip of the issue of High Tatras.

“The Tatras will practically lose their reputation in the world. Too much mass tourism has been developed there, new ski resorts are being built there in an inconsiderate way,” Vysoký stressed.
Vysoký also explained the reason why environmentalists have decided to send the letter to Prince Philip. “We wanted to tell him that things are not always the way they seem at first sight.”

He said that the environmentalists also wrote a letter to Environmental Minister Ján Chrbet, asking him for a meeting. At the end of her visit, Queen Elizabeth formally started an ice hockey match between Aquacity ŠKP Poprad and an English club, the Guildford Flames, at Poprad’s ice-hockey stadium. More than 3,000 tickets, put on sale for a symbolic one crown (€0.03), sold out almost immediately.

According to the British Embassy’s Pittam the whole visit was very successful.

“The Slovak people made sure that the visitors went away with a very good impression of Slovakia”, Pittam said. “The crowds, in [Bratislava’s] Old Town and at Devín on Thursday and at Hrebienok, in Spišská Sobota and at the ice hockey game on Friday, were exceptional”, Pittam told The Slovak Spectator.

Elizabeth II is the longest-ruling monarch in the world. She ascended the throne in February 1952, following the death of her father, King George VI.

She was born in London on April 21, 1926. She married Philip, Duke of Edinburgh, in 1947. The royal couple have four children. Since 1952, Elizabeth II has conducted more than 325 foreign visits.