THE GOVERNMENT said it was a price to be paid to ensure the stability of the financial markets now vulnerable to any irritation: a revision to the law on deposit protection, providing a full guarantee for all personal deposits in Slovakia’s banks. 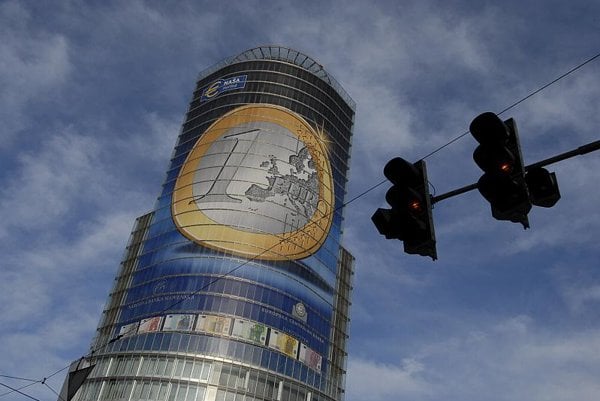 THE GOVERNMENT said it was a price to be paid to ensure the stability of the financial markets now vulnerable to any irritation: a revision to the law on deposit protection, providing a full guarantee for all personal deposits in Slovakia’s banks.

The revision had its critics in parliament, with some opposition deputies trying to put a limit on the state’s guarantee, but was passed easily on October 24.

The government of Robert Fico came up with the full deposit protection proposal in response to a decision by European Union finance ministers to raise the minimum level of guaranteed deposits to €50,000 across the EU.

At present, deposits in Slovak banks carry a 90 percent government guarantee up to a maximum of €20,000.

Deposits of private citizens, self-employed people, non-profit organisations, non-investment funds, foundations and other corporate entities which are not obliged to submit audited accounts will be guaranteed.

The state however will not guarantee funds deposited with branches of foreign banks operating under an EU single banking licence.

These institutions fall under the deposit guarantee systems provided by their home countries; they say their clients are safe.

However, some of these eight banks have been toying with the idea of moving their local clients under the Slovak deposit protection system and one bank has already announced it will do so.

The majority of foreign banks’ branches specialise in corporate banking, which would have not fallen under the full guarantee anyway.

However, the Slovak branches of both Holland’s ING Bank and of Poland-based mBank have individual retail clients.

However, Marek Michlík of mBank has confirmed to The Slovak Spectator that his bank has slightly different plans.

“The existing Slovak law on protection of deposits has obliged branches of foreign banks to participate in the Slovak system of deposit protection only where the level of guarantee for deposits is lower in their home countries than it is in Slovakia,” Michlík said. “Since the new law has changed this duty to an option, we are studying all the conditions linked to the law. This is why we have entered negotiations about the possibility of participation in the Slovak system of deposit protection.”

According to an analysis of the impacts of the financial crisis, Poland plans to increase its deposit protection to €50,000 and apply it only until the end of 2009, news wire SITA wrote.

As for the Slovak revision to the legislation on protection of deposits, ING Bank anticipates a positive effect on the market since it should reinforce trust in the banking sector, which should be reflected in better functioning of the inter-bank market, Bergerová said.

Michlík too said that mBank understands the legislation is intended to calm people and renew trust in the banking sector.

After strengthening the deposit guarantee in Slovakia, the Slovak branch of J&T Banka will move under the Slovak deposit insurance system, the bank said in an official statement.

“Up to now, the bank deposits have been insured in the Czech deposit protection fund which, similar to the Slovak fund, guarantees ninety percent of deposits, but up to €25,000 (Sk753,200), while in Slovakia it was up to €20,000 (Sk602,500). The insurance in the Czech Republic was thus more advantageous for our clients,” director of J&T Banka Bratislava Monika Céreová said in an official statement.

By adopting the revision to the law on deposit guarantee in Slovakia the situation is changing and for J&T Banka Bratislava insurance in Slovakia is now more advantageous, Céreová said.

J&T Banka Bratislava is at the same time preparing to accept clients of its parent bank in the Czech Republic who may consider moving their deposits to Slovakia to take advantage of its more generous guarantee, she added.

The chairman of the Presidium of the Deposit Protection Fund, Rudolf Šujan, told The Slovak Spectator that the legislation is not yet valid [it needs to be signed by the president and published in the official bulletin] and that the fund is now seeking solutions to the question of how branches of foreign banks can join the new Slovak system of deposit protection. This issue will be wrapped up after the law becomes valid, he added.

“Based on European legislation from 1994 deposits are protected by the system in their home country and in the host country, in this case Slovakia, they pay supplementary insurance,” Šujan said, adding that now everything is in development.

Meanwhile, the central bank and the Finance Ministry released an analysis suggesting that the global financial crisis has not affected the Slovak banking sector to a noteworthy extent.

“Certain banks have been exposed to the crisis through bond and stock transactions but this impact was only minor,” reads the document, as quoted by the SITA newswire.

According to the analysis, the main effects have been an increase in deposit prices on the inter-bank market and on the issue of securities.

Banks have tightened lending conditions for certain business sectors, mainly as a reflection of increased risk and a generally negative outlook for future economic development in some sectors, the document reads.