WHAT a couple of weeks ago had seemed like a moment of political posturing by Prime Minister Robert Fico has now hardened into reality: the state has reset the rules that energy companies must observe before they can change their prices. 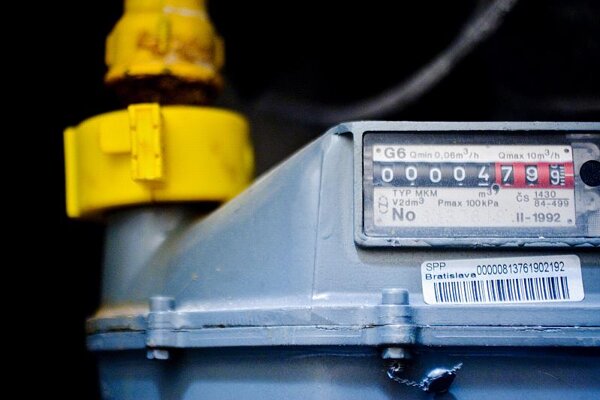 WHAT a couple of weeks ago had seemed like a moment of political posturing by Prime Minister Robert Fico has now hardened into reality: the state has reset the rules that energy companies must observe before they can change their prices.

The boards of these firms can no longer decide on price-change proposals submitted to the national network regulator: instead only a shareholders’ assembly can do so.

Their decision to buy a 49-percent share in the company in 2002 was partly based on an agreement that they would have managerial control despite the state retaining a 51-percent stake.

The foreign SPP shareholders – Germany’s E.ON Ruhrgas and France’s Gaz de France - called the move a transgression of their managerial rights; Slovakia’s parliamentary opposition parties said it was “just another of the endless supply of [the government’s] populist tools”.

The government created the law in little more than a day in response to an SPP proposal to raise household gas prices by up to 24 percent, submitted to the Regulatory Office for Network Industries (ÚRSO) in early November.

Fico had previously warned SPP that if the company requested another price hike, after having two previous proposals blocked by the regulator earlier this year, the state would change the rules or reach for even tougher measures.

The gas company lodged its first request to raise prices with ÚRSO in late August, seeking a 15.9 percent rise in prices for households, only to see it rejected.

The company subsequently requested a 19.8 percent increase, which was also turned down by ÚRSO, on October 15.

“I assure the French and German shareholders that we are ready to fight to the very last soldier,” Fico said.

What Fico called a “fight” has so far been swift: Fico’s cabinet submitted the draft to parliament on November 4; deputies sent it for its second reading on November 5; and the next day parliament gave the draft its final approval. It now needs only to receive President Ivan Gašparovič’s signature to become law.

“According to the shareholder contract the decisions at the general assembly are adopted with 52 percent, which neither the state nor the minority - German and French - shareholders have,” Fico said, describing the new law to the public-service broadcaster television STV. “So there must be an agreement reached. And it is a right of veto.”

The prime minister said that at this point the government would not make changes to the rules pertaining to the boards of directors.

E.ON Ruhrgas and Gaz de France, which together own 49 percent of SPP’s shares, said that the company had submitted its price-change proposal in line with the relevant legislation.

“Based on our understanding, this proposal of the Slovak government is a restriction of our contractual management rights in SPP,” Kai Krischnak, a spokesperson for E.ON Ruhrgas, told The Slovak Spectator. “We will therefore analyse the decision of the government and reserve the possibility to take all necessary measures in order to protect our rights.”

Krischnak added that SPP had submitted its price proposal for 2009 to the Slovak energy regulator in accordance with Slovak law as well as all relevant regulations, and in due time.

Gaz de France also views the government’s latest initiative as a restriction of its managerial rights.

Fico has said that he is not worried by potential legal action which the energy companies might take, declaring that he refuses to act as prime minister of a puppet government.

Economy Minister Ľubomír Jahnátek told a press conference on November 4 that the shareholders had requested further details about the government’s offer.

“We consider the reply of the foreign shareholders to be a ridicule of the government,” Fico said, according to SITA. “They are wasting time, but we will write back to them.”

In late October, Adrian Schaffranietz, head of international press services at E.ON Ruhrgas, told The Slovak Spectator that rising energy prices are a worldwide development which has resulted in increasing gas purchase costs. He said it is justified, and in line with Slovak regulation as well as EU law, that these increases be reflected in retail gas prices.

SPP has also said that rejection of its proposed price increases will mean the company will suffer a loss of over Sk1 billion on gas sales to households and that it is prohibited from using profits from its gas transit activities to cover the loss, since this would contravene EU law banning cross-subsidies.

Nevertheless, SPP announced it is ready to donate its 2009 profit from household natural gas sales, expected to be around Sk240 million (€7.97 million), to support customers, according to a press release.

“Suddenly they are coming up with their penny coupons,” was Fico’s response to the initiative, according to SITA. “We will not be against it if the minority shareholders give something from their profit. If they want to help, we welcome it.”

The last time SPP raised gas prices was in November 2006; in January 2007, it cut prices by 4 percent. Household gas prices in Slovakia are among the lowest of the Visegrad Four (V4) countries and across the whole EU, SPP spokeswoman Dana Kršáková told The Slovak Spectator.

She added that as a result of the increase in world energy prices, prices for natural gas supplied to households in other V4 countries have risen since January 2007 by between 13 and 53 percent.