THE Czech-Slovak Hussite Church in Liptovská Osada, the only one of its kind in Slovakia, has been deteriorating for decades, the SITA newswire wrote. 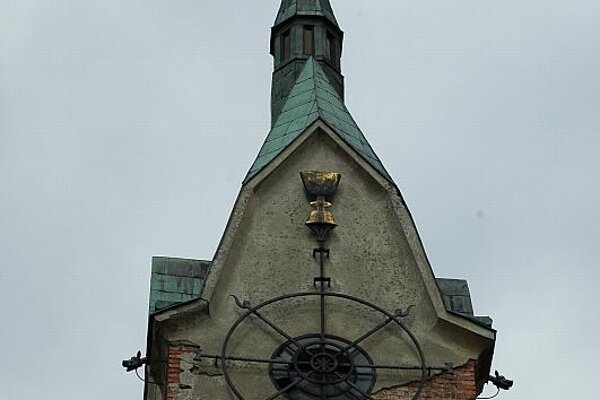 THE Czech-Slovak Hussite Church in Liptovská Osada, the only one of its kind in Slovakia, has been deteriorating for decades, the SITA newswire wrote.

In 2005, a 16-year dispute between the municipality of Liptovská Osada and the Hussite Church concerning the ownership and the future of the church came to an end, with a court assigning ownership of the church to the Hussites. But despite the verdict, problems persist.

"Ján Hradil, the Bishop of the Czech-Slovak Hussite Church in Slovakia, declared at a municipal meeting that he had enough finances to reconstruct the church, and that he would complete it within a short time,” said Róbert Kuzma, mayor of Liptovská Osada. “Since then, four years have passed, and the owner has done absolutely nothing to the church.”

Hradil presented a completely different view of the situation.

"As early as 1989, I asked that the Hussite Church be given ownership of the church building, but the municipality refused it even though it had no right to do so,” Hradil said. “Thus, we filed a lawsuit in 1991, and we finally won in 2005. But during this whole period, the church deteriorated, and the municipality is responsible for this state. Had the building been handed over to us in 1991, it would have been reconstructed long ago.”

He also disagrees with the claim that the Church has not done anything recently with the building.
"This year, we cleaned the church’s interior, installed a new power main, renovated the parsonage and repaired the fencing,” Hradil said. “We also commissioned plans for the general reconstruction, which will cost almost €498,000.”

"In the near future, the municipal construction office will contact a church representative in order to address the emergency state,” the mayor said.

The bishop said that if obtains a document stating the church is in an emergency state, he will get the necessary finances for repair more easily. But he said it was also up to the municipality to issue a construction licence to allow the reconstruction to begin.

The bishop promised to deal with the emergency state next year.

The church was built in 1930 by the Hussite Church. The construction is the result of the conflict between the-then Roman Catholic priest and the Diocese Bishop. As a result, some of the inhabitants of Liptovská Osada left the Roman Catholic Church, and moved with their priest to the Hussite Church. A small part of the municipal community remained in this church until 1939, when it was officially dissolved. Recently, the bishop named a priest for the village and nearby Martin. The bishop did not want to specify the current number of believers in Liptovská Osada.