THE MARKET is now looking at the numbers for Slovakia’s economic growth half in fear and half in joy. Because while growth has slowed, the country is still among the top performers in the European Union. 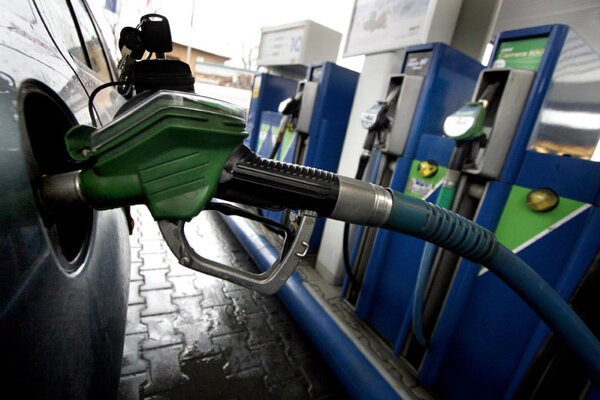 THE MARKET is now looking at the numbers for Slovakia’s economic growth half in fear and half in joy. Because while growth has slowed, the country is still among the top performers in the European Union.

There is concern that this might be the last set of upbeat gross domestic product (GDP) figures for the next couple of years or so. But market watchers say that compared to the prospects faced by other eurozone economies, Slovakia will still remain a GDP-growth champion.

GDP growth in current prices was 10.3 percent, as compared to 11.7 percent in the second quarter, the Slovak Statistics Office said.

The Statistical Office will release the detailed structure of GDP only in early December and market watchers said that at this point it is rather difficult to define precisely the main drivers of growth.

“We however expect it to be mainly domestic consumption and, within that, household consumption and investments,” Silvia Čechovičová, a senior analyst with the ČSOB bank, told The Slovak Spectator.

Poštová Banka analyst Zuzana Holeščáková said she thinks the slowdown in the third quarter was influenced by slower growth in investments both on the part of the state and the private sector.


“To a certain degree we also expect a drop in final consumption,” Holeščáková told The Slovak Spectator.

Mária Valachyová, a senior analyst with Slovenská Sporiteľňa, the largest high-street bank, said that as in previous quarters the growth in industrial production, while slower, contributed to the continuing rise in GDP, along with trade.

However, the market had expected a mild deceleration in growth so the numbers did not come as a surprise.

“We had expected the numbers from the third quarter to show a mild slowdown when compared to the previous quarters,” Holeščáková said. The published numbers fell close to her bank’s estimate of 7.2 percent.

Holeščáková, Čechovičová and Valachyová also said that the numbers for the third quarter do not yet fully mirror the impacts of the financial crisis since it only really got under way in September.

“We expect a further slowdown in the last quarter of this year, considering weakening exports in association with the impacts of the financial crisis and a predicted drop in production in some companies operating in Slovakia,” Holeščáková said.

Čechovičová expects economic growth to slow in the fourth quarter to 6.5 percent, mainly due to the high basis of comparison from the same period last year, when the economy grew by a record 14.3 percent.

“The effects of the global crisis might be partially reflected but the major influence is expected at the beginning of next year,” Čechovičová said.

Valachyová expects economic growth to slow to 6.0-6.5 percent mainly because of the comparison with last year’s strong growth, when automotive producers started production and there was also bulk-buying of tobacco products. In the last quarter of 2007, the country's GDP increased by 14.3 percent year-on-year, partly due significant bulk-buying of tobacco products ahead of a one-off hike in the excise tax on them which came into force at the start of 2008.

“A more significant slowdown due to the impacts of the global crisis, the slower growth of loans and investments, and the slowdown in the eurozone will appear next year when we estimate growth could be under 5 percent, below Slovakia’s long-term average,” Valachyová told The Slovak Spectator.

Though Slovakia’s economic growth has been slowing, the numbers put Slovakia at or near the top of the European Union class, analysts agree.

Based on the available data from the flash estimate of GDP growth for the third quarter of 2008, Slovakia has one of the fastest growing economies in the EU, Holeščáková said.

“High growth for the third quarter can also be expected from Romania and Bulgaria, though these countries have not yet published their statistical data,” Holeščáková said. “The whole European Union, but also the eurozone, recorded a drop of 0.2 percent based on flash estimates for the third quarter of 2008, which means that the eurozone is now in recession, since it has recorded a drop in two subsequent quarters.”

Čechovičová agrees that in the light of the economic performance of eurozone countries, Slovakia’s numbers are still excellent.

“Certainly, it is not the high economic growth which we experienced in the previous years,” said Čechovičová. “Though the flash estimates for all countries have not been published yet,
Slovakia’s GDP will be among the highest in the EU. However, it is logical that the recession which the eurozone has entered must necessarily be reflected in the Slovak economy since these countries are our most significant trading partners.”

The demand for Slovakia’s products from western countries will be reflected in slower growth of industrial production, exports and subsequently GDP, Čechovičová said.

The Statistics Office also published a flash estimate for the growth of employment in the third quarter, which at 3.1 percent slightly exceeded expectations, said Holeščáková.

Inflation numbers have been among the closely watched macro-economic items in recent months, mainly due to the country’s plans to adopt the euro and the public’s fears of rising prices that have accompanied the process.

Year-on-year growth in consumer prices in Slovakia slowed in October to 4.2 percent from September's 4.5 percent, as measured by the European Union’s harmonised index of consumer prices. Prices on a month-on-month basis grew by 0.3 percent, the Statistics Office said.

Inflation has slowed for the first time this year mainly thanks to slower growth in the price of food products and non-alcoholic beverages, said Holeščáková.

“While in September these prices grew by 7.8 percent year-on-year, in October it was only 4.7 percent, which was the slowest year-on-year growth for this item in 2008,” Holeščáková told The Slovak Spectator. “Food and non-alcoholic beverages have a significant place in the consumer basket, comprising about 16 percent, and thus significantly contribute to overall inflation.”

In October prices for transportation saw the most significant drop, by 1.3 percent month-on-month.

This was reflected in a slowdown of year-on-year growth in transportation prices to 2.2 percent, compared to a figure of 3.7 percent in September, according to Holeščáková.

“However, the slowdown of prices in transportation can be viewed as one of the positive effects of the crisis, since in the latest period oil prices have dropped on world commodity markets,” said Holeščáková.

According to Čechovičová, the numbers for harmonised inflation were in line with previously published numbers for headline inflation.

Year-on-year headline inflation stood in October at 5.1 percent, while in September it was 5.4 percent, according to the Statistics Office.

“Price rises for heating and, ten months after the hike of excise tax, tobacco products have also been reflected in the [harmonised] inflation,” Čechovičová said.

She expects year-on-year growth in harmonised inflation to continue to slow, helped by the high comparison basis from last year and a significant fall in fuel prices.

Valachyová agrees that food and fuel prices have contributed to slower inflation.

“We predict inflation will drop by the end of the year to 4 percent, since the fall in the price of fuel has eased the pressure on energy prices” Valachyová said. “During next year, we expect inflation to be around 3.5-4 percent.”