THE PRIVATE pension system has been a thorn in the flesh of the Slovak government and Prime Minister Robert Fico has been treating it accordingly: the second, so-called capitalisation pillar, was reopened on November 15 and will remain so until mid-2009, allowing clients to return freely to the state-run pay-as-you-go system. 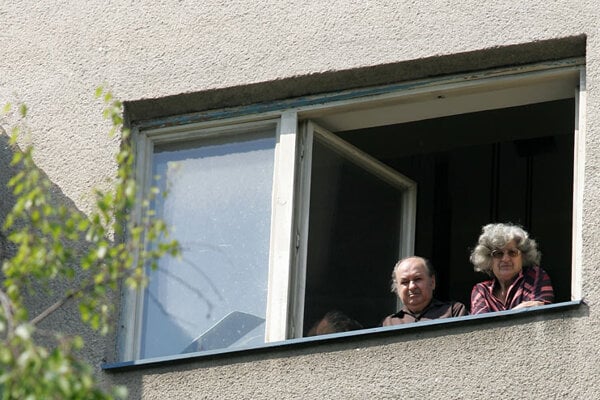 THE PRIVATE pension system has been a thorn in the flesh of the Slovak government and Prime Minister Robert Fico has been treating it accordingly: the second, so-called capitalisation pillar, was reopened on November 15 and will remain so until mid-2009, allowing clients to return freely to the state-run pay-as-you-go system.

The pillar has been opened despite statements by ministers made only a few moths ago which had offered some hope of stability for the system. The Fico government now says that the volte-face is justified since it is the second pillar of the pension system which has been most affected by the current global financial crisis.

But pension fund managers said there are no valid economic arguments behind the government’s move. Instead they suggest that the real goal is to use the anticipated inflow of funds to plug gaps in the finances of the state-run social security provider Sociálna Poisťovňa (SP). SP’s 2009 budget already assumes that it will receive cash in the form of transferred pension savings from those expected to switch to the pay-as-you-go system.

The government has already opened up the second pillar once this year – between January and June. During that six-month period, more than 103,000 people quit - and over 21,000 joined - the pillar. In 2005, when the government of Mikuláš Dzurinda reformed the pension system, more than 1.5 million savers joined the capitalisation pillar of the system.

Dušan Muňko, the director general of SP, told parliament on November 12 that if the system used by the second pension pillar is not altered, more than half its savers will have pensions which do not even reach the subsistence level, as quoted by the SITA newswire.

According to Muňko, a large group of people would thus end up falling back on the social security net and their pensions would have to be financed from state coffers. Muňko has argued that the pay-as-you-go system is cheaper and that the second pillar system is more costly.

Muňko also said that of 1.48 million citizens who are saving for their future pensions in the second pillar it is advantageous for only 300,000 people of them, who still have more than thirty years to save for their pensions, SITA reported.

The state-run social insurer is banking on one-off revenues of €231.4 million from savers leaving the second pillar. However, private pension fund managers say there will be no mass departure of clients. They have also been calling for a serious discussion about the condition of the pension system in Slovakia.

“There should be a serious discussion about both the first and the second pillars,” the executive director of the Association of Pension Fund Management Companies (ADSS), Ivan Barri, told The Slovak Spectator. “Savers who have been assailed with catastrophic scenarios should know what alternative is being offered to them.”

They should know about the condition of the pay-as-you-go system and they have the right to know in what condition the system might be in 10, 15 or 20-plus years, and that it is not necessarily a rosy prospect, Barri said.

“The problems of the first pillar are not linked to the existence of the second pillar, Barri said. “The debt that the social insurer has is internal and by scaring a couple of hundred thousand people out of the second pillar and transferring their money to Sociálna Poisťovňa, nothing gets solved. On the contrary, it comes back as a boomerang.”

Meanwhile, chairman of the ADSS, Peter Socha, announced that, of the money in the three types of fund administered by the private pension funds, growth funds have depreciated 7.79 percent on average between early 2008 and November 11, balanced funds have lost 5.69 percent of their value but, on the other hand, conservative funds (in which the funds of savers nearing retirement are invested) have appreciated by 1.97 percent, SITA reported.

Socha also said that pension funds have reported positive yields since their establishment in March 2005 to November 11 of 2008. Growth funds gained 3.59 percent on average, balanced funds 5.59 percent and conservative funds 13.04 percent, according to SITA.

Radovan Ďurana of INESS, an economic think-tank, has questioned the government’s arguments for opening the pillar up.

According to Ďurana, the lack of stability in the system is helping neither the pension system nor its savings.

The greatest challenge is the sustainable tuning of the pension system, which is actually an area that the government has been trying to avoid to a large degree, Ďurana said.

“Sociálna Poisťovňa has no money, while the number of pensioners has been growing and they are living to an older age, and the number of employed people is scarcely rising, if it is rising at all,” Ďurana said. “This inbalance is causing problems for the public finances. Even if the second pillar had not been created, the losses in the first pillar would have represented Sk10 billion.”

According to Ďurana, the profitability of savings is of second-rank importance; instead the system’s sustainability should be the key.

“The current government likes very much to forget that first the pension system needs to be sustainable and only after that profitable,” Ďurana said. “In the long-run the first pillar is not sustainable and thus any comparison of revenues makes no sense. In a previous revision of the law the government defined that [second-pillar] saving is not profitable for those who have less than 15 years left before they retire.”

Ďurana added: “The American Dow Jones Index has dropped by 36 percent over the past 12 months, while the worst fund has lost 10 percent. This comparison suggests that the portfolio of share funds is very conservative and the fund managers do not plunge into speculative investments. Besides, history shows that no drop lasts forever.”

According to Ivan Štefanec, an MP for the opposition Slovak Democratic and Christian Union (SDKÚ), the reopening of the second pillar is just a government effort to obtain resources from savers’ personal accounts and spend them in one year.

“The draft state budget for 2009 clearly shows the evidence of this,” said Štefanec. “Prime Minister Fico once again proved how he contradicts himself. Less than six months ago he claimed that the pillar would not open again and today he is using the absurd argument of financial crisis when it is precisely now that all the professionals are recommending that people invest.”

Štefanec said that such changes to the rules in the middle of the game destabilise the system and that he is confident the pay-as-you-go system cannot function in the long term.

“Considering the known demographic trends there is no other way: only individual and
transparent saving for pensions,” said Štefanec. “The government attacks the second pillar, which works, but it should solve the first pillar, which in its current form is not sustainable.”