MEETING an author of a literary work in the flesh and listening to his first-hand personal analysis of its contents is a luxury that students of literature enjoy very rarely. 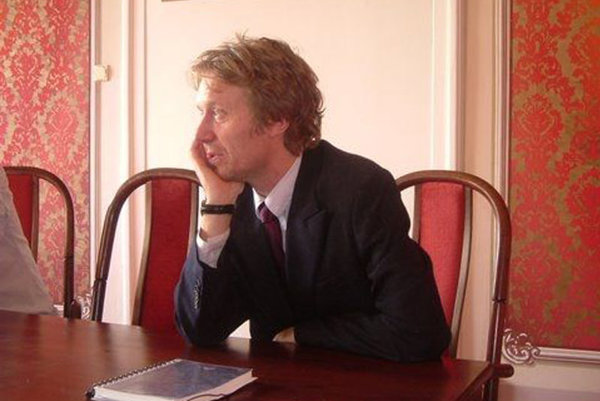 MEETING an author of a literary work in the flesh and listening to his first-hand personal analysis of its contents is a luxury that students of literature enjoy very rarely.

And yet, undergraduates of Swedish studies at the Faculty of Philosophy of Bratislava’s Comenius University (FF UK) recently had this opportunity, as Bengt Ohlsson, a noted Swedish writer and journalist, visited the Slovak capital.

Having written his first book when at the age of 19, Ohlsson soon became very popular in Sweden. In 2004, he won the prestigious August Prize for his work Gregorius.

Its narrator, Reverend Gregorius, had appeared in the author’s favourite book, Dr Glas, written by Hjalmar Söderberg almost a hundred years ago.

“Gregorius is a full, touching and artful reimagining of its ungainly hero,” wrote the renowned Canadian writer Margaret Atwood for The Guardian. “It’s also an unsettling but thoroughly engaging exploration of the seedier sides of human nature, and of the power men and women wield over each other in their most intimate relationships. No wonder it won a prize.”

Swedish has been taught in Bratislava for several decades and there are currently 32 students studying Swedish literature and culture at the FF UK.

“It is gratifying to note that so many Slovak students take an interest in studying Swedish,” Mikael Westerlind, Swedish ambassador to Slovakia, told The Slovak Spectator. “They certainly represent a promising asset for the further deepening of our relations.”

In order to motivate young people to choose this language rather than another, the Swedish Embassy as well as the local branch of the Swedish Institute are try to make the studies more attractive using various exchange programmes and cultural events.

Bengt Ohlsson’s visit to Slovakia was a result of these efforts. The author discussed his books with the students for more than two hours. They not only had read the pieces in the original version, but were also able to discuss them in fluent Swedish.

"Mr Ohlsson's introductory lecture was about his childhood and his way of becoming an author," said Anna Maria Dahlén, associate professor of Swedish at the FF UK. "Later, the students asked him many questions on various topics, namely his works, his life and Sweden in general. In addition, Mr Ohlsson also had some questions to ask the students, so the lecture turned into a very interesting conversation."

Such conversations are always very enriching for both parties, observed the writer shortly after the meeting.

"Every time I discuss my works with my readers, I discover new aspects of my own writing," Ohlsson told The Slovak Spectator. "It was also the case this time. For the first few minutes, I was analysing and the students were asking, but after a while, we changed the roles and I started listening rather than speaking, their views were really enlightening."

As the author said, his readers sometimes know even more about his works than he does.

"During today's debate, one student asked me why I had written about Bratislava in one of my books," Ohlsson stated. "And I said, 'I am sorry, but I do not remember writing about your capital.' But he insisted and then I realised that I once used the Slovak capital, in a short conversation between two of my characters, but even now I am not sure why. What is even more interesting, I know that I intentionally changed the name of another city to Bratislava. By the way, it was one of the last amendments I made before the book was printed. This was, so to say, a little scary, because it somehow revealed a subconscious part of my brain."

During his stay in Bratislava, Ohlsson also met lecturers of the Swedish language temporarily living in Central Europe, as well as some Slovaks who are interested in the Swedish culture, remarked Helen Ericson, senior officer of the Swedish Institute Department for Intercultural Relations.

"As many as 46 people attended the author's lecture, in which he talked about the contrast between his beginnings, when he tried to put everything he wrote about into a 'convenient' political context, and what he is today, when he tries to free himself of any political perspective, focusing more on universal questions of mankind," she said.