Bartošová is painter of 2008 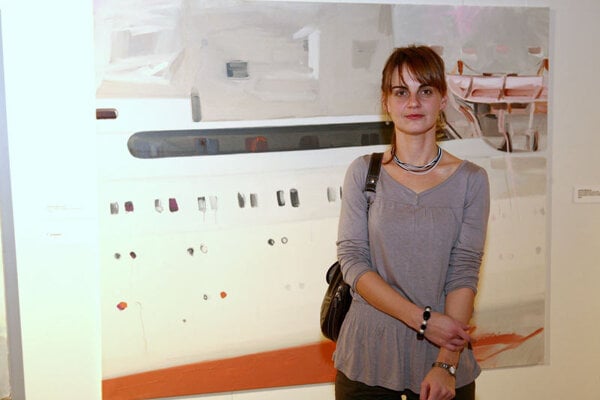 This was the third time Bartošová was shortlisted for the award. She came in second last year, winning Sk200,000 (€6,639). But this year, the jury picked her work entitled Medzinárodná Výletná Plavba (International Cruise) as the best of the 20 finalists, Alena Walterová, a spokesperson from VÚB Bank, told The Slovak Spectator.

Nadácia VÚB, a foundation set up by the second largest bank in Slovakia, organises the annual competition to support young outstanding artists and help establish them on the professional art scene. This was its third year.

“Bartošová’s work steadily improved at the Academy of Fine Arts and Design,” Ivan Csudai, a Slovak painter and Bartošová’s teacher, told the Pravda daily. “Graduating freed her hands, and her work has expanded. She is constantly improving.”

Her work has attracted interest from art dealers. Her painting Na Cestách (On the Road) sold for Sk79,000 (€2,622.32) at an auction at the Soga auction house.

“With a few strokes of a brush she is able to capture what is essential and what is hidden at first sight,” the international jury led by Francesco Tedeschi, an Italian theoretician and art critic, commented when awarding her the prize.

A total of 97 young painters entered the competition this year. Their works are on display in the exhibition premises of the Slovak Culture Ministry at SNP Square 33 until December 22.