OVER the first eight months of this year, Slovakia imported Sk14.5 billion (€481.68 million) of goods from Japan, according to the Statistics Office of the Slovak Republic. That is a year-on-year decrease of 6.8 percent. Over the same period, it exported only Sk1.7 billion (€58.99 million) of goods to Japan. That is a decrease of 11.5 percent. From January to August, Slovakia recorded a trade deficit with Japan of Sk12.7 billion (€422.59 million). 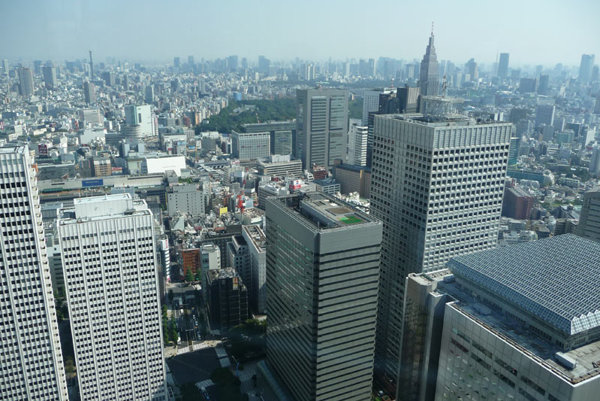 OVER the first eight months of this year, Slovakia imported Sk14.5 billion (€481.68 million) of goods from Japan, according to the Statistics Office of the Slovak Republic. That is a year-on-year decrease of 6.8 percent. Over the same period, it exported only Sk1.7 billion (€58.99 million) of goods to Japan. That is a decrease of 11.5 percent. From January to August, Slovakia recorded a trade deficit with Japan of Sk12.7 billion (€422.59 million).

The accumulated volume of Japanese foreign direct investment in Slovakia stood at Sk1.259 billion as of the end of 2007, which is only 0.16 percent of the total volume of FDI in Slovakia, according to statistics from the National Bank of Slovakia (NBS).

Sony was one of the first Japanese companies to set up production in Slovakia. It began producing televisions from a plant in Trnava in 1996. In 2006, it opened a new plant for LCD televisions in Nitra. Two years later, Sony moved production of LCD screens from Trnava to Nitra. Originally, Sony projected an annual production capacity of three million LCD screens in 2008. It planned to employ 3,000 people in Nitra. It invested €73 million in this factory. Near its plant, Sony is also building a distribution and logistics centre.

In February 2008, Sony signalled it would increase investment in Slovakia by €167 million.

However, in December, it announced it is putting off expansion plans due to the global economic crisis. The company also laid off some of its seasonal workers. Helena Windisch from Sony stated that this is standard practice every year after the peak season ends. In all, 500 seasonal workers have been laid off, and an additional 300 will lose their jobs, the SITA newswire wrote.

In 2000, Panasonic, originally under the name Matsushita, came to Krompachy, in eastern Slovakia. It produces DVD recorders and VHS/DVD recorder combos.

Yazaki has been operating in Michalovce since 2003, when it created a joint venture with German company Siemens Automotive. At the beginning of 2004, Yazaki became the company’s exclusive owner. It produces cable units for Ford, Daimler Chrysler and Jaguar in its Michalovce plant, where it employs about 1,700 people.

SEWS (Sumitomo Electric Wiring Systems) Topoľčany produces bunched cables for the Nissan Micra and other models of this Japanese carmaker. However, according to the Hospodárske Noviny daily, the factory will reduce component production as a direct consequence of decreasing demand on the car market.

The European division of the Japanese Ryoka Group has followed Sony as a supplier to the Nitra industrial park. It produces frames and other components for LCD TV sets. Its investment in Nitra represents Sk300 million. It plans to employ 450-500 people.

In June, a Sony subcontractor, Meiki, set up at the Nitra industrial park to produce plastic bars and frames for Sony. The company will invest €14 million and employ approximately 40 people in the first stage. The company plans to launch production in mid-February 2009.

Japanese tyre concern Bridgestone announced in June it will set up its first branch operating directly in Slovakia. Currently, Bridgestone has been organising support to sales and services in Slovakia via its branch in Vienna.

Yushin Precision Equipment Slovakia, which was founded as a base of sales and technical services in Central and Eastern Europe, began operating in Bratislava in May 2005. Yushin is a supplier of robots for injection moulding machines.

Developer Takenaka has built plants for several Japanese producers in Slovakia, such as the one in Trstená for Matsushitu Denshi Slovakia. Takenaka is also building a new plant in Nitra for Meiki Slovakia.