THIS BEAUTIFUL postcard from the 1920s depicts the city of Nové Mesto nad Váhom (which literally means New City on the Váh River). 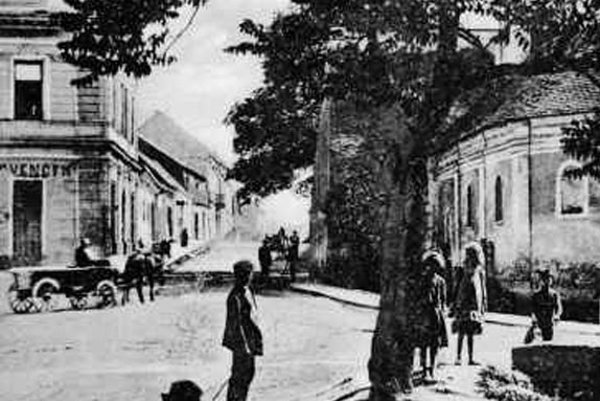 THIS BEAUTIFUL postcard from the 1920s depicts the city of Nové Mesto nad Váhom (which literally means New City on the Váh River).

The word “new” in its name tells us that a more ancient settlement once existed nearby, as is the case with many Slovak towns and cities. But Nové Mesto nad Váhom’s predecessor was likely destroyed by the Ottomans, and no traces of it have been discovered.

Jews settled in the town as early as in the 13th century, and suffered several fierce pogroms, as elsewhere in Europe.

By the middle of the 19th century, Jews had established most of manufacturing businesses in Nové Mesto nad Váhom.

A spirits factory producing liqueurs and rum was founded by Jozef Kraus, a soap-works by Armín Frieder, a metals producer by Heinz Tauber, and a factory for pitchforks, chains and nails by Adolf Reis. In 1885, a company opened that produced walking sticks for gentlemen from England and India.

The town’s Jewish community was devastated by the Second World War. In 1942, 2,900 Jews were deported from Nové Mesto nad Váhom, and only 112 returned.