See the face of her future husband reflected on water at midnight on Christmas Eve.The country’s Christmas traditions are numerous enough to fill this entire newspaper. Let’s mention at least a few. 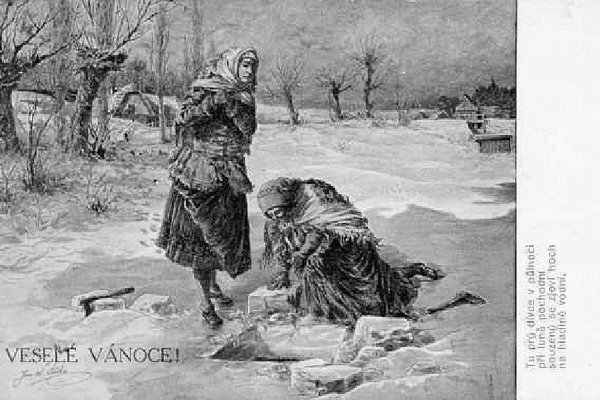 In some villages, people returned everything in their home that had been borrowed throughout the year. Everything was given back to its owner so that property would not be squandered during the following year.

Some farmers used to feed their cattle a honey-garlic cake, wishing Merry Christmas to all cows, sheep and goats.

Dogs were not excluded from these celebrations. They were given cakes with black pepper inside to stay vicious and angry with strangers.

Cocks were fed the same delicacy on Christmas Eve, as they were also expected to fiercely protect their territories.

Naturally, those eager to find a lover could avail themselves of many tried-and-true tricks.
In the Spiš region, young men used to thrust a spoon into bread dough and later went knocking on the doors of their chosen ones. If the word šlebodno (meaning “come in” in the local dialect) was heard from the other side of the door, the wedding was sure to take place the following year.