Bidding farewell to the Slovak crown

AS CITIES across the countries celebrate the new year, some will dedicate fireworks and laser shows to welcoming the euro. 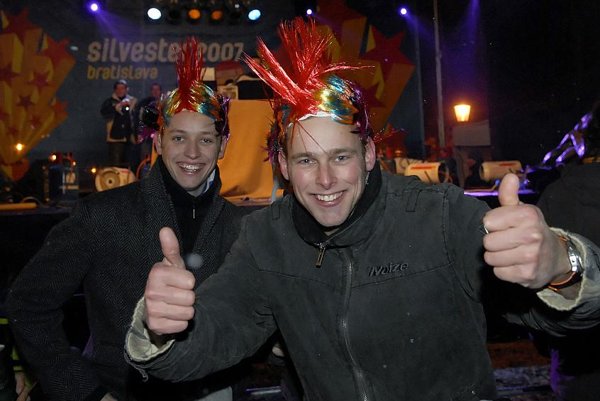 AS CITIES across the countries celebrate the new year, some will dedicate fireworks and laser shows to welcoming the euro.

“This is the culmination of our years-long effort to adopt the new currency,” said Viliam Ostrožlík, deputy governor of the National Bank of Slovakia (NBS).

The NBS encouraged Slovak cities to devote part of their New Year’s celebrations to celebrating the arrival of the euro, the TASR newswire reported. In fact, the NBS provided financial support for euro-related celebrations in the capital, the Bratislava City Council wrote.

Each New Year’s Eve, Bratislava transforms into “Partyslava”. This year’s events, mainly concerts and dance shows, will be organised in three parts of the Old Town: Hviezdoslavovo Square, Ľudovít Štúr Square and the Main Square, which will host concerts from 18:30 until after midnight.

Starting in the early afternoon, a screen will display the New Year’s celebrations in different parts of the world, the Bratislava City Council wrote in a press release.

The activities at Hviezdoslavovo Square will start with a variety of shows for children, followed by some music. Then, at around 22:30, the square will transform into a dance floor.
The highlight of this year’s party in the capital takes place at the riverbank.

A 12-minute fireworks display will be accompanied by a large screen showing animation and the countdown to 2009. This will be set against a multimedia show about the euro in the colours of Slovakia and the European Union.

Slovak crowns will fly away

The celebrations in Nitra include a laser show for the euro, as well as the usual dance and music performances, the ČTK newswire wrote.

The residents of Prešov will be entertained by shows on two stages. In Košice, a part of the activities for children will take place during the day in the town’s historic theatre.

The activities in Žilina will celebrate the euro and the 800th anniversary of the first written mention of the city. For Trnava, this is not only the end of 2008, but the close of the Year of the City, which marked the 770th anniversary of when the city was granted royal privileges.

Banská Bystrica is organising a unique event for saying good-bye to the Slovak crown. A stage at SNP Square will be decorated with four helium balloons - two bearing the € sign and two marked with SK - which will be released just before midnight, TASR reported.

Let’s run for the New Year

New Year’s Eve in Bratislava provides an opportunity for more than only enjoying a concert and a glass of champagne or wine in the squares and streets of the city. Those who would like to do something for their health on the last day of 2008 can also take part in a run across the bridges of Bratislava.

Participants will run along a route leading across Bratislava’s five bridges and along the embankments of the Danube.

The race will start at 10:00 from the University of Economics in Bratislava at Dolnozemská Street. The route continues across Prístavný most to the port, then across Apollo Bridge and along the Danube embankment, back across the Old Bridge and along Gondova Street, then from the New Bridge to Lafranconi Bridge.

Participants can register online now (at www.starz.sk, only in Slovak) or beginning at 8:30 on December 31 at the starting point. The registration fee is Sk100 (€3.32). Each participant will receive a t-shirt with the logo of the event and special prizes will be awarded to the winners of the race.