Despite his claims to the contrary, Prime Minister Robert Fico is more likely to find a former agent for the ŠtB secret service among his own closest associates than among media owners. 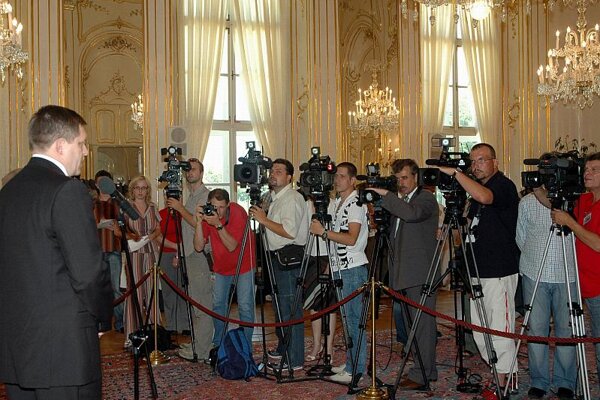 Despite his claims to the contrary, Prime Minister Robert Fico is more likely to find a former agent for the ŠtB secret service among his own closest associates than among media owners.

Dušan Muňko, a former MP for Fico’s Smer party and now the head of the state Sociálna poisťovňa (Social insurance), became an ŠtB agent in July 1982. As the director of the Slovakoturist travel agency his job was to inform on his colleagues and their foreign partners. “I never collaborated with them,” Muňko said in October 2002, even though his ŠtB handlers congratulated him on his work in documents in the Communist secret service archives. His relationship with the ŠtB ended after he became a member of the Communist Party’s Central Committee.

Peter Magvaši, a former labor minister representing the reformed-Communist Democratic Left Party (SDĽ) from 1998 to 2002, is Fico’s advisor for social affairs. He began collaborating with the ŠtB in July 1972, and was tasked with informing on his colleagues at the Považské strojárne arms factory. He was asked to keep an eye out for American spies, and submitted a total of 11 reports. His relationship with the ŠtB ended after the cases he was working on were wrapped up. Magvaši in the past admitted he collaborated with the ŠtB, but denied being a paid agent.

Drahoslav Machala, another of Fico’s advisors, helps prepare speeches for the PM. He began working with the ŠtB in September 1979, collecting information on foreign journalists and their sources in Slovakia. Within the year that he collaborated he submitted eight reports, until being dropped from the list of agents because he had become part of the Communist Party apparatus. “I’m not going to talk to you, you idiot,” Machala said when asked about his collaboration.

Juraj Široký is regarded as one of the main sponsors of Fico’s Smer party. Since the Fico government took power in 2006, Široký’s companies have won at least Sk10 billion in state contracts. From September 1979, Široký was a spy for the ŠtB serving at the Czechoslovak embassy in Washington. He has never denied his role. “For me, it’s a closed book,” he said in June 2007.