THE LONG-RUNNING investigation into the case of Hedviga Malinová, a young Hungarian Slovak woman who was allegedly assaulted in Nitra in 2006 but was later accused by police and government ministers of making up the assault, is close to being finalised, General Prosecutor Dobroslav Trnka has announced. 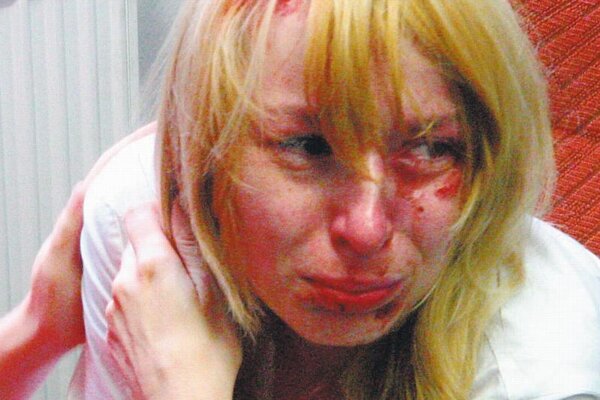 THE LONG-RUNNING investigation into the case of Hedviga Malinová, a young Hungarian Slovak woman who was allegedly assaulted in Nitra in 2006 but was later accused by police and government ministers of making up the assault, is close to being finalised, General Prosecutor Dobroslav Trnka has announced.

Trnka said prosecutors are now just waiting for expert opinion on the original medical reports filed by doctors who examined Malinová after the alleged attack – opinion which he said had been requested as early as last summer.

But “the Prosecutor’s Office cannot tie doctors to a table and force them study the file,” Trnka stressed.

However, Malinová’s lawyer, Roman Kvasnica, has accused the General Prosecutor’s Office of failing to act.

He said prosecutors should question the original doctors, in particular psychiatrist Jozef Hašto, who treated Malinová for post-traumatic shock. Kvasnica said he had offered investigators the records made at Malinová’s session with Hašto, in which she described the attack.

“The prosecution has yet to respond to this offer,” Kvasnica told The Slovak Spectator.

Kvasnica also said that contradictions in the criminal file should be investigated. He said that Malinová’s original testimony, recorded in written form, does not correspond to subsequent video testimony.

Trnka himself admitted in September 2007 that police and prosecutors had made mistakes investigating the Malinová case, but has not subsequently explained if or how these mistakes are being corrected.

On January 28, 2009, Trnka was asked by The Slovak Spectator about his proposal that Malinová undergo a polygraph – or lie detector – test which, if she were to pass it, would result in him dropping the prosecution case against her.

“Had she undergone the polygraph test and passed it well, I would have undoubtedly stopped the prosecution,” Trnka told.

However, Trnka conceded that polygraph test results are not admissible under Slovakia‘s Code of Criminal Procedure, and acknowledged comments by the Chairman of the Supreme Court, Milan Karabín, who has previously cast doubt on the results of such tests and opined that they should not be treated as evidence.

“As early as in my diploma work ... I described this method as one which cannot be used as proper evidence when criminal activity is concerned and, as far as I know, nothing has changed since then,” he told the Sme daily on February 27, 2007.

Malinová has not, in any case, undergone a polygraph test. Kvasnica told the media that based on the conduct of the Slovak police in the case so far he would only allow his client to take a test abroad.

Trnka responded that Malinová could not take a polygraph test outside the territory of Slovakia.
“This is not possible according to our Code of Criminal Procedure,” Trnka said, adding: “And Mr. Kvasnica knows this, which is why he is proposing it. Well, we have already grown too big for baby shoes.”

But Kvasnica countered that the General Prosecutor’s comments were incomplete.

“The full information,” the lawyer told The Slovak Spectator, “is that the Code of Criminal Procedure does not allow the police or investigators to conduct any polygraph tests at all in the course of an investigation.”

When asked about this, Trnka said that in certain cases a prosecutor can halt a prosecution based on the results of a polygraph test conducted on his or her own initiative.

However, he declined to specify the legal basis for this view.

Kvasnica, also claimed that he has received an approach from the General Prosecutor, via an intermediary, offering to drop the prosecution if Malinová were to publicly admit that she had in fact invented the attack.

The General Prosecutor’s Office refused to comment on this claim when asked about it by The Slovak Spectator.

The Malinová case originally appeared to be an example of ethnic hatred in Slovakia.

In August 2006, several television news programmes reported that Malinová had been savagely beaten by two attackers on the street in the western Slovak city of Nitra simply because they had heard her speaking in Hungarian.

Photographs, taken at the time by her colleagues, were published showing her severely beaten face.
Malinová stated that her attackers had daubed ‘Hungarians [go back] across the Danube’ on her blouse.

Despite this, a few weeks later, in September 2006, police stopped investigating the incident and Interior Minister Robert Kaliňák announced to journalists that Malinová had fabricated the attack.
The media subsequently published a medical report which confirmed her injuries and Malinová herself repeated her statement that she had been attacked. She also alleged that the police had put strong pressure on her to withdraw her testimony.

In May 2007, Malinová was formally charged by the police with making false statements.

In August 2007, Prime Minister Robert Fico stated that the case had been intended to bring down his government. He presented no evidence to substantiate the claim.

In September 2007, the General Prosecutor’s Office announced that it had formed a team to investigate the case. At the time Trnka stated that “both police and the prosecution have made some mistakes, but we will repair them”.