Presidential election nears - but who will vote?

THE NEXT presidential election will take place in Slovakia in just one month, and there is still uncertainty about how many people will turn out to vote. The consensus among analysts seems to be: not many. What is known, however, is that holding the election will cost taxpayers more than €9.5 million (Sk286.2 million). 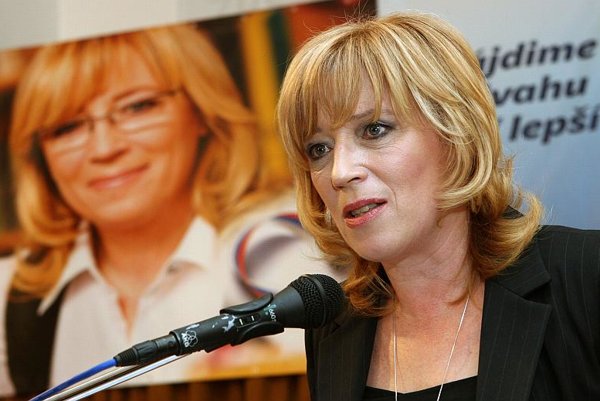 THE NEXT presidential election will take place in Slovakia in just one month, and there is still uncertainty about how many people will turn out to vote. The consensus among analysts seems to be: not many. What is known, however, is that holding the election will cost taxpayers more than €9.5 million (Sk286.2 million).

The money will come from the Interior Ministry (MV) and Statistics Office (ŠÚ) budgets, according to the draft plan of organisational-technical support for the presidential election.

In the first round of voting on March 21 seven candidates will bid for the presidency.

The incumbent, Ivan Gašparovič, is supported by two of the parties which make up the governing coalition, Smer and the Slovak National Party (SNS).

The third coalition party, the Movement for a Democratic Slovakia (HZDS), has nominated its own candidate, Milan Melník.

The three largest opposition parties in parliament – the Democratic and Christian Union (SDKÚ), the Christian-Democratic Movement (KDH), and the Hungarian Coalition Party (SMK) – have a joint candidate, Iveta Radičová.

František Mikloško, a former KDH MP who left the party in 2008 to help found the Party of Conservative Democrats (KDS), is the new party’s nominee.

Milan Sidor is the candidate of the non-parliamentary Communist Party (KSS), and former KSS MP Dagmar Bollová is running as an independent candidate.

The non-parliamentary liberal party Free Forum (SF) will be represented in the presidential election by its chairperson Zuzana Martináková.

Sociologist Pavel Haulík, of the private MVK polling agency, which carries out market, media and public opinion surveys, told The Slovak Spectator that participation in elections has been decreasing in Slovakia over recent years. So far, he said he had not detected any sign that this downward trend will be reversed.

“The decrease in participation seems likely to continue in this election, in all probability,” Haulík told The Slovak Spectator. Moreover, according to Haulík the presidential election lacks the spark that might mobilise the electorate.

“At a rough guess, I estimate participation will be around 30 percent,” Haulík said. “In my opinion, it definitely won’t exceed 40 percent.”

Nor does Haulík expect the current economic and financial crisis to become a motivating factor to increase turnout. The reason for this, according to Haulík, is that Slovaks perceive it as being something that has come from abroad.

“So far, it is not clear how deep it will be, or how long it will last,” Haulík explained. “This makes people insecure rather than encouraging them to act – such as through participation in elections.”

People are also well aware that the president cannot intervene in the crisis in any marked way, Haulík said.
“So from this point of view, I think that crisis will not generate extra participation in the election”, Haulík told The Slovak Spectator. “Rather, it could be included among the de-motivating factors.”

Political analyst László Öllös is of a similar opinion. He added that the turnout in the presidential election will depend on the last phase of the campaign.

“The campaign has been relatively half-hearted, so far,” Öllös told The Slovak Spectator.
“There have not been many issues that would attract public attention; i.e. issues that would be regularly discussed at workplaces."

When Slovakia switched to direct presidential elections in 1999, citizens were full of hope about the change. As a result, turnout was quite impressive that year, at 74 percent, Haulík added.

“After some time, it was as if they sobered up,” Haulík commented, “as if they understood that the president was not the one who decided about the development of the country.”

Moreover, there has been no candidate up to now who could generally fulfil people’s notion of a president.

“Simply, there has been no personality so far that would please everyone,” Haulík added. “It seems that people have gradually begun to understand that there are no such people, and that they will always have to elect some kind of a compromise [candidate].”

According to Haulík, however, people are reluctant to do so if they do not have a strong reason.
During the two last elections this strong reason was concern that controversial former prime minister Vladimír Mečiar, who led an increasingly authoritarian government in Slovakia during the 1990’s, might be elected president.

“There is no such threat impending now, and it basically does not matter which of the candidates wins,” Haulík said.

According to the latest poll by the MVK Agency, conducted in December, 22 percent of voters had resolved not to take part in the election, or were undecided, Haulík said. However, he warned that this number would probably increase.

The cost of democracy

The section of the Interior Ministry which handles presidential elections has set aside almost €8.3 million (Sk25 million) for the preparation and completion of the electoral process; a further €1.3 million (Sk39.2 million) has been allocated by the ŠÚ. By law, candidates can spend a maximum of €132,775.68 (Sk4 million) each on their campaigns.

According to the law if none of the candidates wins an absolute majority in the first round, the two leading candidates will advance to a second round, which would be held on April 4.

The advantage of incumbency

According to a MEMO 98 report supplied to The Slovak Spectator, Gašparovič, mainly because of his position as the incumbent president, got by far the greatest coverage. Altogether, it amounted to 8 minutes, and he was presented exclusively in a neutral or positive way.

Radičová got about one quarter time – less than two minutes – and was reported only in a neutral way. Among the other candidates, only Melník (32 seconds), and Mikloško (7 seconds) received coverage.

The first president of Slovakia after independence, Michal Kováč, was elected by parliament in February 1993. His term lasted until 1998. In both of the two direct presidential elections to date, in 1999 and 2004, the election went to a second round as none of the candidates got an absolute majority of the electorate in the first rounds.