VISITORS to Kremnica and its nearby ski resorts can also learn about the long history of gold mining in the town, even during the winter season. 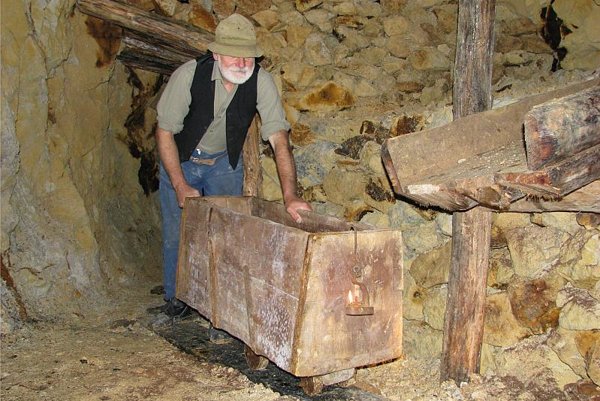 VISITORS to Kremnica and its nearby ski resorts can also learn about the long history of gold mining in the town, even during the winter season.

An underground mining museum which opened last year offers a variety of exhibits throughout the winter months, seven days a week.

And the winter season itself is not discouraging visitors from touring the open-air parts of the mining museum either, the founder of the new museum, Dušan Roob, told the TASR newswire. The initiative to open the Kremnica Mining Museum was supported by the Kremnica Gold company.

“Both Slovak and foreign visitors come, as do school trips which are in the vicinity of the town for skiing courses,” said Roob, describing the winter clientele of the Mining Museum.

The visitors are very interested in experiencing the 610- metre mining shaft which is accessible to the public and holds various exhibits on mining technology as well as the history of mining in Kremnica since the 17th century.

“But in the end, so many visitors came that we hardly managed to get home in the evening to celebrate with our families.”

He confirmed that the museum is looking for additional ways to make its offer even more attractive. Since last August when the museum opened, visitors have only been allowed to explore the 610-metre long shaft, named Andrej, which was dug in 1982. But in the near future, they want to make more underground spaces accessible.

“While preparing the Andrej shaft, which was the only available and technologically safe way for making the underground accessible to public, the miners also managed to open routes to older underground passageways,” Roob explained. This means that in the future the public will even get into spaces that were dug by miners during the gold mining era from the 16th to 19th centuries.
The reactions of visitors have so far been very positive as they travel along the Andrej shaft using torches during their two-hour underground trip.