Election heats up after ecclesiastical intervention

THE BIGGEST uproar so far over the upcoming presidential election was not caused by the candidates themselves, but rather by the statements of Catholic priests and a bishop giving their opinions of various contenders in the election campaign. 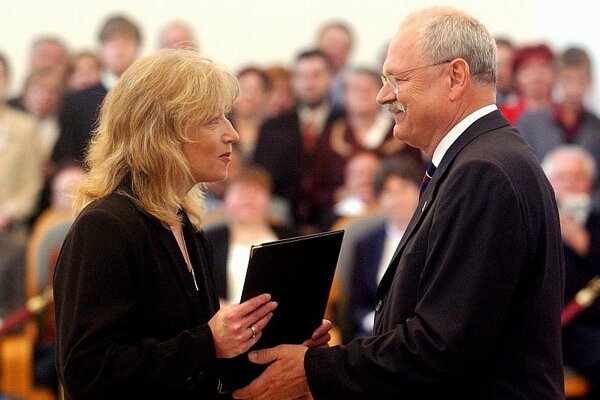 THE BIGGEST uproar so far over the upcoming presidential election was not caused by the candidates themselves, but rather by the statements of Catholic priests and a bishop giving their opinions of various contenders in the election campaign.

A loud outcry was caused when seven Catholic priests from Bratislava sent a letter to the centre-right opposition Christian-Democratic Movement (KDH) asking it to support František Mikloško of the Conservative Democrats of Slovakia (KDS) instead of Iveta Radičová.

Radičová, an MP for the Slovak Democratic and Christian Union (SDKÚ) has been endorsed as the nominee of the three main opposition parties – SDKÚ, KDH and the Hungarian Coalition Party (SMK).

“We are upset that the KDH has publicly expressed its support for a liberal candidate who advocates stances opposing the Lord’s laws and Christian morals,” read the letter, published by the priests on the website of the pro-Mikloško civic association ‘I Elect Fero’.

The seven priests who signed the letter state that there is a candidate in the election that adheres to clear Christian positions and call upon the KDH leadership to publicly distance their party from Radičová and to support Mikloško.

The priests pointed to the fact that Radičová has not publicly supported a ban on abortions.
“We believe that those who are faithful to the Lord full of mercy, the Lord of life, as Christians and as politicians will bear in mind that a Christian – even more so if a person is active in politics – is the one who deplores evil and chooses good, and such a person cannot support a candidate, a woman candidate, who publicly supports the ‘right’ to abortion,” the letter says.

One of the priests who signed the letter is Štefan Herényi. His name is recorded in the archives of the Nation’s Memory Institute as an agent of the communist secret service (ŠtB). Moreover, Herényi has several times publicly praised Jozef Tiso, president of the wartime Slovak State (1939-1945) which was directly responsible for the deportation of 70,000 Jews from Slovakia to German concentration camps.

“He was not a murderer, but rather a man who sacrificed his life,” Herényi said over the grave of Tiso, as quoted by the weekly Plus 7 Dní in June 2007.

A few days after the priests’ letter was published, Bishop Rudolf Baláž of the Banská Bystrica diocese launched a thinly veiled attack on Radičová, in which he also lashed out at the legalisation of abortion.

Baláž strongly denounced Radičová’s public position that what is moral or immoral is a matter of social agreement.

“Does [her] view mean that if society agrees that a murder is not a sin, and a violation of law, we can kill? This is for the stupid.” Baláž said in a sermon on February 20, broadcast by Radio Lumen.
Such a stance, continued Baláž, leads to dictators “like Hitler and Stalin and other communist butchers, who executed millions of people.”

“Let us not put such kind of people to the head of our society,” Baláž said. “It is sad, if people who have long since parted with the Ten Commandments go to top positions.”

Later, after having met Radičová, Baláž denied having compared her to Hitler.

After the meeting, Radičová stated that any dispute with the Bishop had been settled. She said that church representatives had the right to give their opinions regarding candidates in elections, but they should use “a sensible and true way”.

“The statements of Bishop Baláž have hurt my family and my loved ones,” added Radičová, who has said she is a Roman Catholic.

She added she considered the protection of life a priority. However, an absolute ban on abortions would not solve the problem in her opinion.

Bishop Baláž has also complimented former president Tiso. When asked on October 17, 1996, by journalists from the Czech newswire ČTK about his opinion concerning the formal opening of Tiso’s birthplace to public, he was quoted as saying:

“A memorial house for Jozef Tiso as the president of the Slovak state is no rarity, as he was an exceptional and excellent personality for our state and for our nation.”

Bishop Baláž has never retracted nor commented on his words since then. He did not respond to requests for comment from The Slovak Spectator.

Jozef Kováčik, spokesman of the Conference of Bishops of Slovakia (KBS), stated to The Slovak Spectator that KBS does not directly comment on individual statements by bishops. But Kováčik added that Bishop Baláž did not compare Radičová to Hitler.

“He spoke about consequences, about how far a certain relativism in moral values can lead,” Kováčik told The Slovak Spectator.

Bishops and Catholic priests are banned from running for elected political positions, according to Kováčik. But it is their right to express their opinions as citizens, Kováčik said.

“It would be against the principles of democratic society if a priest, who has the right to vote, could not express his civic opinion,” Kováčik explained.

A statement of support for Mikloško was also published by the Assistant Bishop of the Spiš diocese, Andrej Imrich.

The KBS has recommended that bishops not speak about specific candidates, but only defend Christian principles. But the fact that Bishop Imrich expressed his support specifically for Mikloško will not be criticized by the KBS, Kováčik told The Slovak Spectator.

According to Kováčik, Bishop Imrich is convinced that it is his duty to support Mikloško as the candidate who fulfils his image of a Christian politician.

“KBS has not forbidden [bishops] from naming their favourite candidates, it has just recommended against it”, Imrich told The Slovak Spectator.

Opinions of political analysts on the election

Political analyst Miroslav Kusý told The Slovak Spectator that both the seven priests and Bishop Baláž have now entered the political contest, as they are backing one candidate against others. They should not do so, in Kusý’s opinion.

Bishop Baláž can be against Radičová as a citizen, Kusý said, and Baláž can say he will not vote for Radičová.

“However, as soon as he starts proselytising, as he did, he crosses the line of distinct competencies,” Kusý opined. “He oversteps the long-agreed custom of separation between church and state, between politics and religion.”

According to political analyst Michal Horský, the Bishop has the same right to say whatever he wants just like any other citizen, for example, a miner.

“But he must expect that politicians have the right to retaliate,” Horský commented to The Slovak Spectator.

Horský considers the conflict between Bishop Baláž, other representatives of the Catholic Church and Radičová to be superfluous.

Although the campaign could not officially start until March 6, it has in fact been underway for some time. According to the Act on Direct Election of President, the candidates’ campaigns should start only 15 days before the election.

The first round of voting in the presidential election will take place on March 21.

Horský said that the presidential campaign has started to develop slowly, although the Act on Elections does not allow it to officially start.

“Candidates did campaigning, but they acted like they did not,” Horský said. “It’s because of the bad law.”

The law must be amended in Horský's opinion.

He further criticised the candidates for not having intrigued or widely addressed the public so far but said that it is ever more evident that the choice of who will be the next president will be between just two candidates: Ivan Gašparovič, the current president and the nominee of two of the ruling coalition parties, Smer and the Slovak National Party, and Radičová, the opposition-backed candidate.

Other candidates are attempting to build up voter preference for their parties through their electoral efforts: Zuzana Martináková, the nominee of the non-parliamentary party Free Forum; Mikloško of the KDS; and Milan Melník, who is backed by the Movement for a Democratic Slovakia (HZDS), which is the third party in the ruling coalition.

There are two additional candidates: Milan Sidor, the nominee of the Communist Party of Slovakia (KSS); and Dagmar Bollová, an independent candidate who was formerly an MP for the KSS. According to Horský, “they are hunting for points on their own”.

“It seems that the campaign teams of the individual candidates are working feebly and weakly,” Horský said. “All in all, we are learning about democracy, and we will learn in the course of this election. When we elect the 99th president, by then we will definitely manage it well.”