THE MILITARY phase of Sri Lanka’s 25-year-long civil conflict may be over, but questions remain over Slovakia’s decision last year to approve a shipment of 10,000 rockets to that country’s armed forces. The deal appeared to violate the European Union’s Code of Conduct on Arms Exports, to which Slovakia is a signatory. 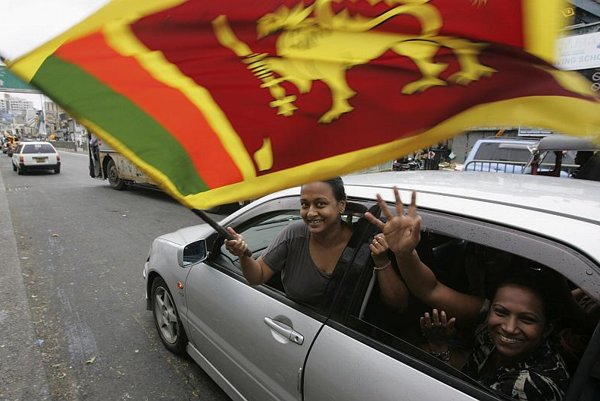 THE MILITARY phase of Sri Lanka’s 25-year-long civil conflict may be over, but questions remain over Slovakia’s decision last year to approve a shipment of 10,000 rockets to that country’s armed forces. The deal appeared to violate the European Union’s Code of Conduct on Arms Exports, to which Slovakia is a signatory.

The shipment was approved by the Slovak Economy Ministry in February 2008, a month after the Sri Lanka government unilaterally abandoned a ceasefire with the Tamil Tigers. Reports by the UN and the EU accused government forces of participating in kidnappings and killings of civilians; both the United States and Great Britain cut off arms shipments to Colombo in January 2008.

The Foreign Ministry is responsible for vetting whether arms deals violate Slovakia’s international commitments or compromise its foreign interests. At the time the rocket shipment was approved, ministry spokesman Ján Škoda pointed out that Sri Lanka was not under an international embargo.
Besides, he said, “we only approved the shipment of the weapons, we didn’t approve their use.”
The ministry in April 2008 also called on both sides in the Sri Lanka conflict “to renew the peace process and settle their differences through political dialogue”.

A year later, that conflict reached a horrific climax as government forces surrounded the Tamil Tigers, trapping 50,000 civilians, and pounded them with artillery. Some 7,000 civilians were killed in the last three months of the war, including over 1,000 on one weekend in April due to what witnesses described as indiscriminate shelling by government troops.

The Sri Lanka conflict would seem to be precisely the kind of bloodbath the authors of the EU Code had in mind when scripting it. Describing itself as “a politically binding document”, the Code prohibits EU states from approving arms exports in cases where “there is a clear risk the weapons will be used for internal repression” or that they could “provoke or prolong armed conflict”.
Slovakia became a signatory to the Code in 1998.

But according to Christiana Hohmann, spokesperson for EU foreign affairs Commissioner Benita Ferrero-Waldner, the Code is not legally binding, and thus is essentially toothless.

“It’s up to each member state to decide how the Code should be implemented,” she said.

According to weapons export data kept by the UN, Slovakia sent military material to Sri Lanka worth €213,000 in 2005 and 2006, the most recent years for which figures are available.

The Czech Republic, meanwhile, sent arms worth €4 million to Colombo, and Great Britain sold €8 million-worth of weapons. “Slovakia’s arms shipment was problematic in view of the EU Code, but unfortunately Slovakia is not the only offender,” said Roy Isbister of the arms transfer watchdog Saferworld.

The Sri Lanka government declared May 20 a national holiday to celebrate the end of the war, but concern is growing for the civilians affected by the conflict. On top of the 7,000 killed since fighting intensified in January, 280,000 people are displaced and living in makeshift refugee camps, while the war zone remains off-limits to aid workers.

Both the government and the Tamil Tigers are suspected of human rights abuses in the war’s final phase.

US ambassador to Sri Lanka Robert Blake has said the US supports an investigation into these abuses, while EU foreign ministers have also called for an independent inquiry.

But in Slovakia, officials reject any suggestion the export of 10,000 GRAD rockets – known more for their firepower than their accuracy – might have violated the EU Code.

The weapons, which originally came from the Slovak Defence Ministry, were sold by the Way Industry firm.

“Slovakia is guided by the Code of Conduct on Arms Exports in all weapons deals, and fully respects all norms and principles passed by the EU and the OECD,” said Economy Ministry spokesman Branislav Zvara.

“You know very well what I told you back then,” added Foreign Ministry spokesman Škoda.

But critics of the arms deal are not letting the government off so lightly.

“This sale was especially bad because it had the potential to further enflame the conflict,” said Isbister.

“Sri Lanka is not under an international embargo, but for ethical reasons these weapons should not have been exported,” agreed Ivo Samson, a foreign relations academic who specializes in the arms trade.

“Given that the Sri Lanka conflict had been going on for so long, these weapons could have been expected to be used.”