Shared traditions: folklore, history and a love of food

IT MAY sound like a cliché, but it is true nevertheless. When I tell people in Belgium that my home is currently in Bratislava, they frantically try to figure out in which country I live. Often the best they can come up with is Slovenia. And when I tell Slovaks I am Belgian, sometimes they reply with a warm smile: “Oh, I love Amsterdam”. 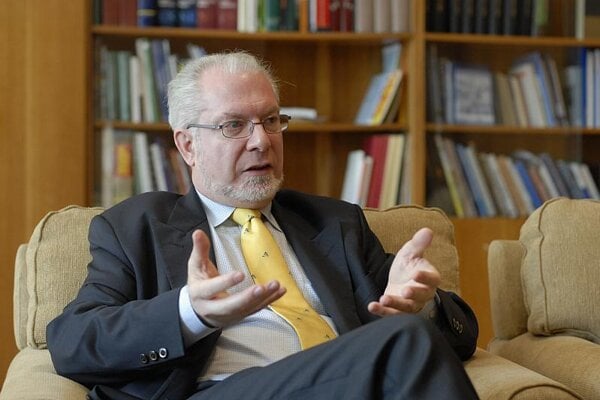 IT MAY sound like a cliché, but it is true nevertheless. When I tell people in Belgium that my home is currently in Bratislava, they frantically try to figure out in which country I live. Often the best they can come up with is Slovenia. And when I tell Slovaks I am Belgian, sometimes they reply with a warm smile: “Oh, I love Amsterdam”.

This illustrates, I think, ‘the untapped potential of tourism between Slovakia and Belgium’, which The Slovak Spectator has asked me to comment upon.

Both countries have a lot in common: a shared history (Maria Theresa and Joseph II were our monarchs as well), a rich cultural tradition, a varied folklore, a fondness of feasts and celebrations (remember the Breughel paintings? And did you know that almost every adventure of the Flemish comic strip hero Nero ends with the protagonists consuming piles of waffles?), and beautiful landscapes (whereas you have the mountains, we have the sea).

There is no need for me to stress Slovakia’s assets and the ways to enhance their potential. (More and better advertising, better infrastructure, better services…) All this has been written about over and over again, including in The Slovak Spectator.

But maybe it is useful to point out that Belgium has a lot to offer in the realms of tourism, culture, nature and leisure.

For instance, nine Belgian sites have been inscribed on the UNESCO World Heritage list.

The Flemish Béguinages: béguines were women who devoted their lives to God without wanting to become nuns. They lived in enclosed communities with little houses, churches and a lot of green spaces. The Béguinages are fine examples of urban architecture and today they are oases of peace and tranquillity that even the many tourists who visit them respect.

The Grand Place in Brussels is a remarkably homogeneous body of public and private buildings, dating mainly from the late 17th century. It is not a square that was planned by an architect. But the eclectic architectural and artistic styles there create an almost miraculous harmony.

The Lifts on the Canal du Centre in Wallonia: the four hydraulic boat-lifts constitute a remarkably well-preserved and complete example of the late 19th-century industrial landscape.

They are the only lifts in the world that are still in working condition and are a testimony to Wallonia’s role in the industrial revolution.

Thirty-three belfries in Flanders and Wallonia, built between the 11th and 17th centuries, symbolise the power of the aldermen. They showcase the Roman, Gothic, Renaissance and Baroque styles of architecture.

The historic centre of Brugge, also known as the “Venice of the North”, a medieval city that was the birthplace of Jan Van Eyck and Hans Memling.

The large town houses of the architect Victor Horta in Brussels: Horta was one of the most influential initiators and creators of the Art Nouveau. One of his houses (not on the list) hosts the wonderful Comic Strip Museum.

The Neolithic flint mines at Spiennes: the mines, covering more than 100 hectares, are the largest and earliest concentration of ancient mines in Europe. They are also remarkable for their diversity of technological solutions and the inventiveness used in extraction.

Notre-Dame cathedral in Tournai: a church of extraordinary dimensions, which was built in the first half of the 12th century.

It is famous also for the five towers that top its Romanesque nave. The choir, however, was rebuilt in the 13th century and is in pure Gothic style.

The Plantin-Moretus house in Antwerp: Christoph Plantin was the greatest printer-publisher of the second half of the 16th century. The building of his company, which remained active until 1867, contains a large collection of old printing equipment, an extensive library, invaluable archives and works of art, among them a painting by Rubens.

But apart from these universally recognised places, why not stroll in the old but well-restored cities of Gent, Leuven, Namur, Charleroi, Mons or Liege; visit the castles scattered all over the country; fill your lungs with country air in the Fagnes and breathe in the sea breeze in Oostende; cycle in the “Plat pays” (Flanders) or, if you have trained well, in the hilly Ardennes; jog around the Lion in Waterloo; cross-country ski in Malmédy; enter the numerous museums to admire paintings ranging from the Flemish Primitives to Delvaux and Magritte, or cartoons by Hergé, Franquin, Willy Vandersteen and Marc Sleen; enjoy a highly original opera performance at the Théâtre Royal de la Monnaie in Brussels or a great classical concert at the Festival van Vlaanderen or the Festival de Wallonie; listen to Toots Thielemans and Philippe Catherine at Jazz-Middelheim amidst modern sculptures; immerse yourself in the heavy sounds of the Rock Werchter festival; witness the excitement of the Queen Elizabeth competition for violin, piano or voices; attend the Holy Blood Procession in Brugge or the Ommeganck in Brussels; throw oranges at the Gilles de Binche or dance in Aalst and Eupen during carnival; buy – or just look at – diamonds and fashion in Antwerp; encourage the cycling champions taking part in Liege-Bastogne-Liege and the Ronde van Vlaanderen.

After all these experiences, you will have earned a ‘tomate-crevette’ (tomato stuffed with little grey (!) shrimps and mayonnaise), ‘chicons (Belgian endives) au gratin’, a filet of sole, a ‘filet américain’ (steak tartare), ‘moules-frites’ (mussels with French – I mean Belgian – fries), ‘Vlaamse karbonaden’ (beef stew), ‘stoemp’ (mashed potatoes and seasonal vegetables with the meat of your choice). You will accompany these meals with a ‘pint(e)’ of beer: white, light, amber, brown, dark, or red; brewed by big companies (the Belgian-Brazilian Inbev is the largest brewer in the world) or by monks (‘trappist(e)’); with an alcoholic content as low as 4 percent or as high as 16 percent – the choice is yours: there are more than 400 brands of beer in Belgium.

Then, to finish, a ‘tarte Tatin’, or a ‘mattentaart’ (pastries); maybe some ‘speculoos’, ‘kletskoppen’ or ‘couques de Dinant’ (cookies); or perhaps a ‘dame blanche’ (vanilla ice cream topped with whipped cream and hot chocolate).

And to digest all this, a ‘Mandarine Napoléon’ (yes, it is Belgian, in spite of its name) or a ‘péket’ (juniper spirit) while savouring a ‘praline’.

Oops, beer and chocolate: there are the clichés again. But once more, they are true: in Belgium everything begins with beer and ends with chocolate.
Dobrú chut’!