THE GLOBAL economic crisis has affected plans to renovate Slovakia’s leading art institution, the Slovak National Gallery. The reconstruction of its premises on the Danube embankment in Bratislava has been postponed once again. 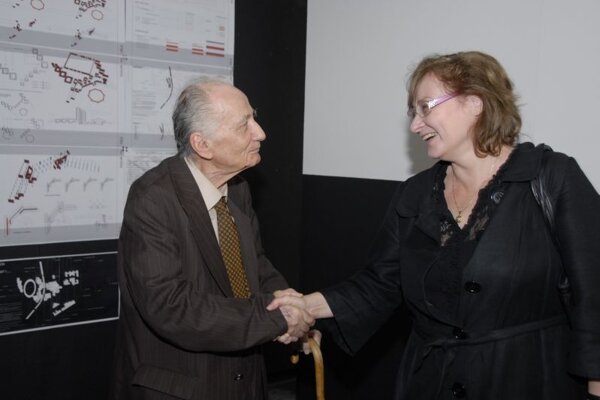 THE GLOBAL economic crisis has affected plans to renovate Slovakia’s leading art institution, the Slovak National Gallery. The reconstruction of its premises on the Danube embankment in Bratislava has been postponed once again.

The SNG has been awaiting reconstruction for years. Originally, work was planned to start in 2008. According to the plan, extensive modernisation would raise the SNG to the level of the leading European galleries. Costs were originally projected to be €34.4 million, including VAT.

The restoration project is divided into phases, during which the modern extension of the premises (known as the bridging), the Water Barracks, new storage premises, the administrative building and news exhibition premises will be renovated or constructed.

The postponement of the renovation means the SNG will now get more money for maintenance of its existing premises.

It also means a delay in the re-opening of the modern extension of the SNG, which has been praised by architects but frequently damned by the general public, members of whom from time to time call for its demolition.

“It was always a great experience to exhibit here,” said Katarína Bajcúrová, the SNG director, praising the bridging. “It was always a pleasure to install works of art here. Not just me, but other curators of SNG see it as the most generous exhibition space in Slovakia.”

The gallery was forced to close the bridging in 2001 because of its deteriorating condition. It is now used only occasionally as its roof leaks and it is not possible to maintain the stable temperatures needed for exhibiting precious paintings. The gallery uses it for temporary exhibitions and less sensitive works, and for some ceremonial events.

In June, the bridging inspired architects from the prominent Dutch innovative studio, NL Architects, who were fascinated by what they called its ‘brutal beauty’ and designed an exhibition called Modernice! specifically for the space, as part of the Dutch festival in Slovakia.

On July 10 the gallery used the bridging to hold an event entitled Meetings with architect Vladimír Dedeček. Dedeček is the building’s designer, and the event highlighted his projects and celebrated his 80th birthday.

First, students of ateliers of architecture of the Slovak University of Technology led by Benjamín Brádňanský and Vít Halada introduced their works, in which they documented, analysed and interpreted selected works by Dedeček. Their posters and maquettes were accompanied by photos taken by students of the School of Photography at Academy of Fine Arts and Design (VŠVU) led by Filip Vančo.

As part of this project, Illah van Oijen, a Dutch photographer living in Slovakia, exhibited a series of photos of Dedeček’s architecture in Bratislava.

In the evening the gallery paid tribute to the architect, who personally attended the ceremony.

“I would like to congratulate him, so that he feels that we like his buildings, his premises and that we hope that one day they will live a new life,” said Bajcúrová at the ceremony, at which Dedeček was warmly welcomed by students, who analysed and documented his works.

“I do not have any feeling of exceptionality,” said Dedeček in his speech. “I only did my best.”

His only ambition, he said, was to find a way to raise the population between the Danube and the Carpathian mountains to the level of the West. Primarily interested in sociology, in the end Dedeček ended up in architecture, “because architecture is the foundation, which gives the space for creation of a society. Society can accrue also under a tent, but a developed society needs space. Because in space there can be carried out relations full of love, hatred, desire, hope, belief. For what other reason would we build churches? Otherwise we can pray in the forest.”

At the end of the official part of the ceremony, Dedeček was moved to raise his head and address the extension itself, firstly in Latin and then also in Slovak: “Accept my admiration, O wall; though tainted by scribbles, you have not collapsed in ruins.”

Dedeček has designed a number of buildings and premises in Bratislava as well as in other parts of Slovakia. One of the main features of his work is plasticity or the element of sculpture, which he often incorporated in his projects. He designed the Supreme Court building, the university premises in Mlynská Dolina and the state archives in Bratislava, and the Agriculture University in Nitra, to mention but a few.

The extension of the SNG is one of his best-known works because opinions on it vary from the most positive to the most negative. The extension joins two wings of the Baroque Military Barracks, whose front side was torn down. The plan was that it would face a new large square.

“For the SNG, I had envisioned a large simple design, where only the ground floor was to remain open,” Dedeček said in an interview for Eastmodern, a photo book about architecture and design of the 1960s and 1970s in Slovakia by Hertha Hurnaus, Benjamin Konrad and Maik Novotny. “When I presented the project, however, I realised that people wanted to have a view of the old building wing from the Danube riverbank. Consequently, I had to raise the entire structure. The model showed that lifting the three-storied structure by seven or eight metres would open up a view of the existing building. But on some days, the structure would still cast shadows and obstruct the view. Therefore, I shifted the ‘wooden blocks’ to allow light to enter the courtyard.”