WHILE the pictures broadcast from the meeting between the prime ministers of Slovakia and Hungary in Szécsény on September 10 showed an almost idyllic atmosphere, those who did not expect Slovak (or Hungarian) politicians to change their attitudes overnight were proved right in the days that followed. 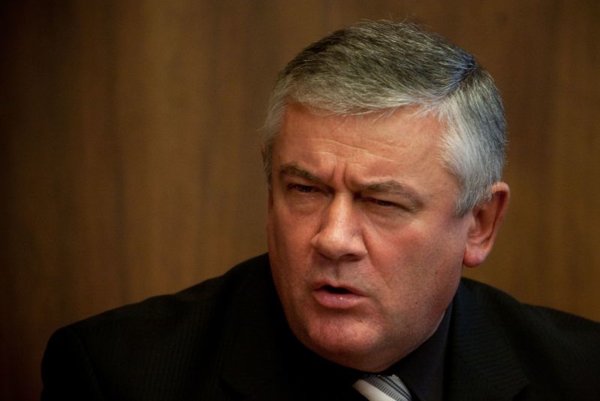 WHILE the pictures broadcast from the meeting between the prime ministers of Slovakia and Hungary in Szécsény on September 10 showed an almost idyllic atmosphere, those who did not expect Slovak (or Hungarian) politicians to change their attitudes overnight were proved right in the days that followed.

At their meeting Slovak Prime Minister Robert Fico and his Hungarian counterpart, Gordon Bajnai, agreed on a joint 11-point statement in which they promised, among others things, to cooperate in easing tensions between the two countries, to respect the opinion of the Organisation for Security and Cooperation in Europe on the question of Slovakia’s controversially amended State Language Act, to join forces in combating extremism, and to organise a joint session of their two cabinets.

All in all, political analyst professor Miroslav Kusý said he does not believe that the meeting in Szécsény significantly contributed to the improvement of Slovak-Hungarian relations, but added that he appreciates seeing the leaders finally fulfilling their political duty.

“Whenever a problem pops up, it’s without any doubt a duty of politicians to meet, negotiate and search for solutions,” Kusý told The Slovak Spectator. “And the fact that this hadn’t been done [for a long time] only made things worse.”

The prime ministers’ press conference had barely finished before Ján Slota, the leader of the Slovak National Party (SNS), which is part of Slovakia’s ruling coalition alongside Fico’s Smer party, reacted to the meeting by firing accusations and expressions of disgust at the Hungarian side.

He remained silent during preparations for the meeting, following a call by Slovak Foreign Affairs Minister Miroslav Lajčák for Slovak politicians to abstain from strong statements about Hungarians in order to preserve a calm atmosphere.

Slota said minority rights in Slovakia are above-standard and “if an agreement on reciprocity is not passed and the genocide of Slovaks in Hungary is not explained, relations cannot move forward”, the SITA newswire reported.

Slota did not elaborate on what he was referring to by his use of the word ‘genocide’.

“Hungarian official political circles only confirmed what they are really after: they don’t care about the language act, or about good neighbourly relations and friendly relations within the EU,” Slota said, as quoted by SITA. He went on to say that what Hungarians want is to reverse the post-WWI territorial settlement in Europe.

Kusý considers these to be nonsensical statements typical of Slota that are only aimed at getting more support among his voters.

The following day Slota went further, saying he plans to ask the General Prosecutor’s Office to order the dissolution of the ethnic-Hungarian parties Most-Híd and the Hungarian Coalition Party (SMK) if their deputies attend a meeting of the Forum of Hungarian Deputies of the Carpathian Basin in Budapest, which he believes qualifies as ‘high treason’, SITA reported.

The forum has been a sore spot in Slovak-Hungarian relations since 2008, when the Slovak parliament expressed concern over the institutionalisation of the forum as a formal consulting body of the Hungarian parliament. Hungary’s other neighbours Romania and Serbia have also expressed objections to the existence of such an institution.

The outgoing speaker of the Hungarian parliament, Katalin Szili, who resigned from her post on September 14 for personal and political reasons, said in her farewell speech to parliament that she regards the establishment of the forum one of her greatest achievements, “because it did a lot for our national values, as well as for the economic and cultural uplift of the region”, SITA reported.

Fico also mentioned the forum at the Szécsény meeting, saying that it “institutionalises the relationship between the Hungarian Republic and Slovak citizens”. He asked Bajnai to help him solve this “neuralgic point” in bilateral relations.

Fico’s Smer party condemned the SMK’s participation in a session of the forum earlier that week, saying that it disgraced the Slovak parliament as the home parliament of the SMK deputies, SITA wrote.

“On the other hand, it can have a kind of provocative role in some contexts and situations,” Kusý told The Slovak Spectator. “It was a bit unfortunate of the speaker of the Hungarian parliament to shelter the forum, but all the talk about high treason and humiliation [of the Slovak parliament] lacks sense.”

Slota said the deputies who attend should be stripped of their mandates in the Slovak parliament.

When SMK deputies attended the session their leader Pál Csáky said in Budapest that they were acting as free citizens of Europe and that if they were invited to the Austrian, German, or European parliaments they would accept in the same manner, the TASR newswire reported.

Members of Most-Híd sitting in the Slovak parliament did not attend because of other duties. Were they to go to Budapest, they would try to change the Hungarian parliament resolution which made the forum a permanent institution of the parliament, and thus subordinate to it, party leader Béla Bugár told SITA.