The November revolution carries the attribute Velvet in Czech, and Nežná (Tender) in Slovak, because no violence was used to enforce the changes. 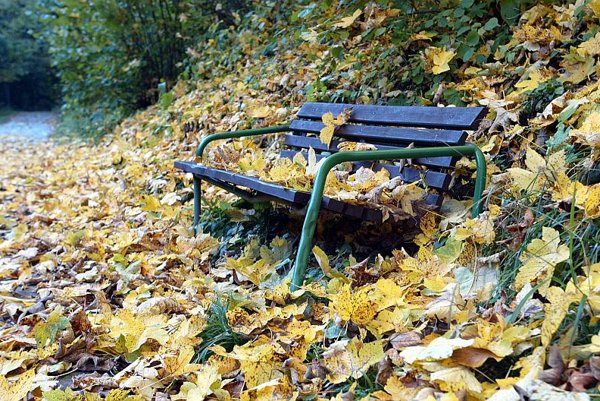 This article was first published on November 16, 2009.

Like a convict released from prison after many years: freedom suddenly returns, but you don’t know how to handle it. This is how Václav Havel, one of the leaders of the Velvet Revolution and the first president of Czechoslovakia after 1989, recently characterised the post-communist condition. Indeed, 20 years after the sound of ringing keys had vanished from the squares of Slovak towns most people agree that the transformation has been tough and often disappointing. But freedom remains, and November 17 now symbolises the day when Slovaks did away with totalitarianism.

“Those six days in November shook Slovakia,” is how the Týždeň weekly described the revolutionary developments. “It was like an avalanche. On Thursday, November 16, some 200 students created a chain of hands to express their dissatisfaction with the circumstances at universities. On Sunday November 19 almost 500 protesters met in Umelecká Beseda [a building near the Old Bridge], on Monday at Hviezdoslavovo Square there were around 2,000, on Tuesday November 21 there were 20,000 in Gottwald Square [now Námestie Slobody] and on Wednesday November 22, at the first meeting of the Student Coordination Committee and Public Against Violence [VPN] in SNP square, there were around 100,000 of them. And the avalanche spread on, to the squares of all the bigger Slovak towns.”

Jozef Žatkuliak from the Historical Institute of the Slovak Academy of Sciences said there was a series of factors, expressions, speeches and proclamations against the regime in Czechoslovakia prior to November 1989. In the preceding year there were several anniversaries that gave people the opportunity to express their dissatisfaction with the regime; in particular they sought to return to 1968, the year of the Prague Spring, and asked for its rehabilitation or the rehabilitation of social reforms in general.

1989 started off with the Palachiáda – the commemoration of the self-immolation, in protest at the Soviet occupation, of student Jan Palach in January 1969 – the harsh suppression of which provoked popular turmoil, said Žatkuliak. In the same month, the Helsinki Protocol was signed, which committed Czechoslovakia to respecting basic human rights and liberties.

“[Czechoslovakia] had become a subject of international criticism, especially in comparison with the surrounding countries, such as Hungary or Poland, where developments were definitely directed towards democracy,” Žatkuliak told The Slovak Spectator. In Poland, the first semi-democratic elections, with the participation of Solidarity, took place in June 1989 and in Hungary a roundtable of opposition and communist representatives was formed to negotiate future development.

Two moments played an important role in influencing the public in 1989 – the initiative Několik vět (A few sentences), which was signed by about 40,000 Czechoslovak citizens by autumn 1989. And for Slovaks there were also the August 1989 protests against the arrest of the so-called Bratislava Five, a group of intellectuals including lawyer and politician Ján Čarnogurský and political scientist Miroslav Kusý who had organised a small protest in the village of Predmier and requested democratic elections.

“The protest was significant in that it unified the various Slovak opposition streams,” Žatkuliak said.

According to Stefan Auer, Director of the Innovative Universities European Union Centre at La Trobe University in Melbourne and author of the award-winning book Liberal Nationalism in Central Europe, even after 20 years most perspectives of 1989 are rather parochial. For Germans, and the West more generally, it's about the fall of the wall, for Hungarians the opening of the borders, for Poles the rise of the Solidarity.

“The fact that is often ignored is that all these revolutions could only have taken place because of the developments in the neighbouring countries, including the 'motherland' of communism, the Soviet Union and Gorbachev's perestroika there,” Auer told The Slovak Spectator. “So the most important thing for me to remember from 1989 is that it was not one event, one revolution, but a series of revolutions that were influenced by each other even though the actors did not acknowledge it, or were not even aware of it.”

We want no violence

The November revolution carries the attribute Velvet in Czech, and Nežná (Tender) in Slovak, because no violence was used to enforce the changes. According to Žatkuliak, this was also thanks to the democratic traditions that Slovakia inherited from the first Czechoslovak Republic which existed between the two world wars.

According to him, violence wasn’t present also because the communist regime in Czechoslovakia didn’t have all the characteristics of a totalitarian regime.

“The prevailing opinion in Czechoslovakia was that the changes didn’t need the assistance of the army,” Žatkuliak said. “It was foreign to most citizens and official representatives, although it’s necessary to say that the communist regime was preparing for the mobilisation of a part of the army even after November 17, 1989.”

This tradition of non-violence is according to Žatkuliak common for the countries in the region, mainly Hungary and Poland.

For Auer, the 1989 revolutions in Central Europe were strange in the sense that they changed the very meaning of the word revolution.

“Ever since the French Revolution of 1789 a revolution was meant to be violent and driven by an ideological blueprint for radical change,” Auer said. “The key innovation of 1989 was that radical change was implemented without radical means; that is, without violence. In this way 1989 established a new paradigm of ‘non-revolutionary revolution’ that has been emulated more recently with various degrees of success – or indeed failure – in places as different as Serbia, Georgia, Ukraine, or even Iraq.”

A recent survey among citizens of the V4 countries suggested that opinions about the 1989 revolutions are far from unified. While in Slovakia 53 percent of people found today’s system better than before 1989, the Institute of Public Affairs (IVO), which performed the poll in Slovakia, reported that in Hungary a majority of respondents expressed dissatisfaction with the current arrangement of society and thought that the socialist times had been better. Nostalgic feelings about the pre-1989 period occur in all the post-communist countries, most significantly in the former East Germany, but in Slovakia too.

Žatkuliak sees the reason for such nostalgia as being the pain associated with the transformation process, with two economic and social crises in the past 20 years – one in 1991-1993 and another in 1999-2000 – when standards of living in Slovakia declined drastically. Revolutionary times were marked by a certain idealism and even naivety and the real transformation process was much more complicated than expected, so no wonder some people are disappointed, he said.

Auer said that the transition in central Europe has been successful, despite the many mistakes which he believes could and should have been avoided.

“Yet this is in the nature of liberal democracy: it is open-ended, we will always need more of it,” he said.

Havel himself admitted in a recent interview published by the SITA newswire that he was naive to expect a change of thinking within a few years after the fall of communism.

“I admit that I was deeply mistaken to think that it would come earlier,” he said. “It’s really a task for decades.”

Today’s politicians are according to Havel people in their fifties, still touched by the 1970s period of so-called ‘normalisation’ which followed the Soviet occupation, which he said also affected their children, who felt its atmosphere.

“Sooner or later the time will come for the children of these children to enter public life,” Havel said. “And there I see the promise that they could bring a really backlit, clean space and that we won’t have to swear about politics anymore, because there will be people who’ll be able to gain trust by their natural, democratic conscience, even if they have minority opinions.”

Although the past 20 years have forced the peoples of central Europe to take off their rose-tinted glasses and see that living in a democracy doesn’t guarantee a life free of troubles, the message of the revolution that human rights must be taken seriously and are worth fighting for remains, according to Auer.

“And that people fighting for liberty against all odds, who might appear to be unrealistic dreamers to their contemporaries, may well be vindicated by history,” he said.