PRIME Minister Robert Fico has apparently changed his mind about the right of reply introduced by the controversial Press Code approved by parliament last year. At the time the code was passed Fico issued assurances that the right to have a ‘reply’ printed in a newspaper was mainly for ordinary citizens who had no other means to respond to information about them published in the media. But in November 2009 the prime minister himself, perhaps the most high-profile figure in Slovakia, decided to seek a reply. 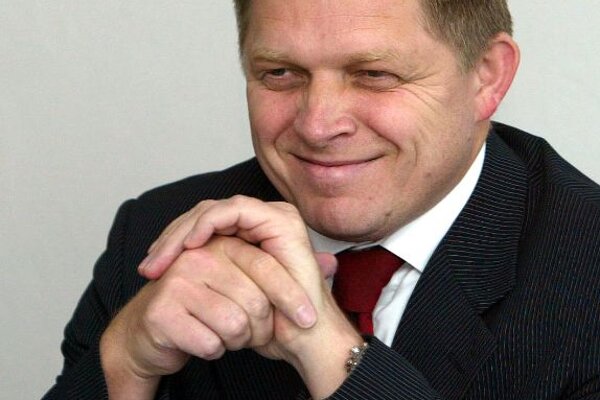 PRIME Minister Robert Fico has apparently changed his mind about the right of reply introduced by the controversial Press Code approved by parliament last year. At the time the code was passed Fico issued assurances that the right to have a ‘reply’ printed in a newspaper was mainly for ordinary citizens who had no other means to respond to information about them published in the media. But in November 2009 the prime minister himself, perhaps the most high-profile figure in Slovakia, decided to seek a reply.

“I will not use these clauses, don’t worry. You can relax,” Fico told journalists at the press conference at which he unveiled the proposed law in 2008. “I will say what I intend to say at press conferences.”

The Press Code has been in effect since June 2008. Less than a year and a half later Fico asked the Sme daily to publish his reply to an opinion piece printed in its November 14, 2009, edition which criticised statements he had made about the pre-1989 period. The author of the commentary criticised Fico for saying that before 1989 he had to ask his superior for a permit to travel to Malta, but also that he had no problem saving enough from his doctoral scholarship to be able to pay for the trip.

“Student Fico belonged to that privileged class of partisan cadres and their hopeful reserves which had everything they needed for life: material plenitude and loyalty to the communist ideology which opened the way to a promising career,” Sme wrote.

Fico rejected this as untrue and stated in his reply, which Sme published on November 21, that he was not a member of any political party during his studies and did not belong to a privileged class. He also said that he was granted his scholarship for excellent academic results, just as other students were.

Ivan Godársky, a legal advisor to the MEMO 98 non-governmental organisation said that the Press Code grants a right of reply to factual statements whereas the prime minister responded to a commentary. He said he believed that it is the prime minister’s right to ask a newspaper to print his reply and it is then up to the newspaper to decide whether or not to publish it.

Sme’s deputy editor-in-chief Lukáš Fila, who also writes for The Slovak Spectator, listed a number of paragraphs of the Press Code concerning the right of reply in a separate commentary published on November 21, which suggested that based on these Fico’s request for a reply was not legally justified. Sme nonetheless decided to print the prime minister’s reply.

“Fico has repeatedly declared that he would never use the right of reply,” Fila told The Slovak Spectator. “We wanted the public to know that he is not keeping his word and also to see what it is that he wants to say. On the other hand, given the sorry state of our judiciary, we might have lost the case in court despite a lack of justification.”

It was the first time Sme has published the reply of a politician. But, according to Fila, it was certainly not the first time they have been asked to do so.

“Other politicians have already tried to [have their replies published in Sme] - we've received requests from regional politicians, administration officials, even an opposition MP,” Fila said. “Some have already sued us for our refusal to publish their responses.”

According to Fila, the number of requests is likely to increase now that the prime minister has shown that it is okay for politician to use the right of reply.

“At the time when the current modern press code was passed the prime minister did not suppose that he would become the target of such an extensive, malevolent campaign by the press,” Braňo Ondruš, the director of the government’s press department told Sme.

According to Godársky even a supposed campaign against him would not justify Fico’s current action.

“It’s in the genetic make-up of the media that they should be critical towards the state and government representatives,” he said. “That’s the point of their work, and if some politician expects that they will be servile towards him, he is simply mistaken.”

In general terms, relations between ruling coalition politicians and the media have deteriorated during the term of the current government, according to Godársky.

Godársky said that the way in which the prime minister often selectively refuses to answer the questions of specific journalists merely because they are from a newspaper that he believes to be his enemy is not just unfortunate but possibly illegal.

“That’s exactly not how a public official should work,” Godársky said. “Because he is paid from the taxes of all the citizens and should answer all questions from any media, whether he considers them the enemy or not. And this duty stems from the current press code.”

However, the reply in Sme was not the only recent sign of the rather negative relationship between Fico and the press

On November 24, the SITA newswire reported that Fico had won a case against the 7 plus publishing house, the publisher of the Plus Jeden Deň daily, over an article it published in May 2005 reporting the recovery by police of a car belonging to Fico’s wife two days after its theft. The Bratislava Regional Court ruled that the publishing house must pay damages to the prime minister amounting to over €33,000 (Sk1 million).