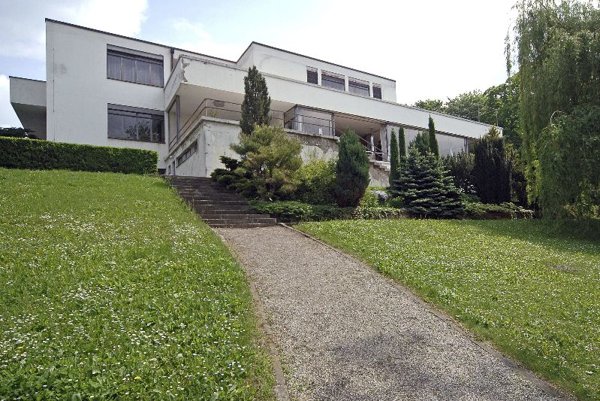 HOW does historical literary fiction endure in an era where sensationalised narrative journalism makes it so frequently into the bestseller charts? It's a question brought to mind—and compellingly answered—by Simon Mawer's brilliant novel, The Glass Room, a Booker Prize nominee in Mawer's native Britain, but already also a hit across the former Czechoslovakia, where most of the action is set.

The Glass Room illuminates a story of vast historical gravity and often unmentionable tragedy through the microscopic lens of just one family among the millions uprooted through a turbulent century. It is by turns edgy and moving, far-reaching and minutely observed and demonstrates precisely the power of the genre. Mawer carries a thoroughly engaging personal fiction even as he shines a wide beam across an entire generation of epoch-shifting, landmark moments in 20th century central Europe.

The prism (in more ways than one) through which we observe close to 60 years, is a single house based on the real Villa Tugendhat in Brno, designed in the interwar period of prosperity by the visionary German architect Ludwig Mies van der Rohe. The house, which still stands today and became a UNESCO World Heritage Site in 2001, is a miracle of engineering and extravagance. Sitting atop a hill, its walls are windows, its rooms barely captured spaces. In Mawer’s words:

“It existed in the manner that ideas and ideals, shifting and insubstantial, may exist. Space, light, glass; some spare furniture; windows looking out on a garden; a sweep of shining floor, travertine, perhaps; white and ivory and the gleam of chrome. The elements moved, evolved, transformed, metamorphosed in the way that they do in dreams, changing shape and form and yet, to the dreamer, remaining what they always were.”

In the novel, the architect Mies becomes the similarly flamboyant Rainer von Abt and his structure is recast as the Landauer House, the family home of the newly-wed Viktor and Liesel, heirs to a fortune of automobile manufacturers. Mawer places them in the context of 1930s Czechoslovakia, burgeoning with possibilities. The Glass Room is “a dream that went with the spirit of the brand new country in which they found themselves, a state in which being Czech or German or Jew would not matter, in which democracy would prevail and art and science would combine to bring happiness to all people.”

But as the architectural dream becomes reality, the geopolitical optimism warps into horror. Viktor, a Jew, realises his family must take flight, and although we follow them across Europe, our focus remains with the house the Landauers leave behind. Soon it is occupied and put to use by the horrifically pragmatic Nazis, and it is no more respected by the Communists, who regard it as a symbol of decadence and degeneracy.

There are stylistic echoes here of Ivo Andrić's The Bridge on the Drina, in which a bridge in Visegrad, Bosnia, is cast as the central character in a novel recounting 300 years of that region's bloody past. Like Andrić's bridge, the Landauer House becomes a potent symbol through which to view massive divisions and upheavals. But The Glass Room is neither stuffy nor turgid. On the contrary, Mawer’s writing is lucid and brisk and the book is steeped in drama. Good manners, wealth and breeding do not inhibit and cannot conceal human desires, weaknesses and fate.

The house has its own heart: a wall from onyx that glows fiery red in the sunlight. Passions sometimes overspill in front of it, but how the characters respond to the transparency of the Glass Room also becomes a central theme. Viktor withdraws to Vienna; his wife Liesel struggles to uphold traditions. Most at home in the surroundings is the novel’s most dynamic presence, that of the flirtatious modernist Hana, who remains closest to the house throughout.

“Architecture should have no politics,” insists von Abt, but both in and around his most elaborate creation, politics is reshaping the world. “Below it, lapping up to the foot of the garden, were the rough tides of those political years, while the Landauer House stood beached on the shore above the tidemark like a relic of a more golden age.”