NEAR the middle of the new Paul Auster novel, Invisible, a central character named Margot makes a seemingly innocuous observation. “Who knows what a person’s secret desires are?” she says. “Unless the person acts on them or talks about them, you don’t have a clue.” 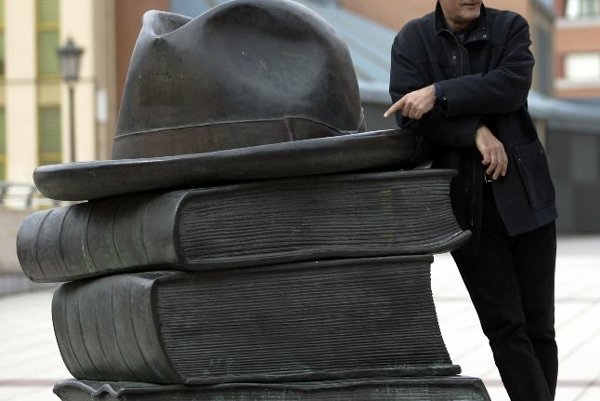 NEAR the middle of the new Paul Auster novel, Invisible, a central character named Margot makes a seemingly innocuous observation. “Who knows what a person’s secret desires are?” she says. “Unless the person acts on them or talks about them, you don’t have a clue.”

Although a little trite, such a comment would not ordinarily be the kind to garner much sympathy for its speaker. But unfortunately for Margot, these words have been fed to her by America’s most notorious post-modernist, and true to form Auster is smugly chewing on his pen-lid and chuckling at the expense of his own creation. In Auster’s world, there is always a third way in which secret desires are expressed: they are written about. Poor Margot is not a writer but she is surrounded by people who are – and many of them are writing about her.

This is typical Auster, either audacious or profoundly irritating. Few novelists are as keen as he is to write books featuring writers, in which writers talk about writing or write about writing, leaving readers rolling their eyes and wondering whether to care.

The impressionable youth responds by doing what Auster’s characters do best: he writes about it, and his first-person account of the crime, and the lead up to it, forms the first chapter of Invisible. As the book progresses through another three sections, variations of the story and its aftermath appear in the second- and third-person voice, with additions from at least three other narrators. One is Walker himself, 30 years older and now dying of leukaemia, but still grappling for expression. His tale is now one of revenge, love, betrayal, incest, private sufferings and, yes, secret desires. But most of all, he wonders about the style in which he should write it all down.

“By writing about myself in the first person, I had smothered myself and made myself invisible, had made it impossible for me to find the thing I was looking for. I needed to separate myself from myself, to step back and carve out some space between myself and my subject (which was myself), and therefore, I returned to the beginning of Part Two and began writing it in the third person.”

Reading writers write about writing is probably more engaging than reading a car mechanic writing about car mechanics, but not necessarily. Car mechanics are less self involved, and they will at least know when to shut up and just fix the damn carburettor. Although Invisible does sustain some kind of realist plot, which will keep most readers involved, Auster’s main concern is the wilful unravelling of his own narrative and, apparently, an investigation into the unreliability of fiction.

His characters are an improbable bunch, the kind who mail manuscripts to one another on their death beds, or transcribe telephone conversations verbatim. “I can’t tell you anything, but you can read about it if you want to,” says another friend of Walker and Born (the italics are Auster’s), before photocopying pages from a childhood diary and handing them to a stranger. Do people really do that? I’m not so sure.

Contradictory testimonies mount up and we’re encouraged to ponder what could possibly be true. Very late on, our most disinterested narrator, Walker’s former university friend James Freeman, informs us that he has changed all names and locations. It is a gentle reminder that the whole thing is a work of fiction, and by definition none of it actually occurred.

Auster is a fluent writer, and he is among the most decorated and bankable writing literary fiction today. But I wish he would change his subject. Vain writers are so very, very dull.