More than IKEA, Volvo and Ericsson

BUSINESS relations between Slovakia and Sweden have a long tradition. Names of multinational Swedish giants like IKEA, Volvo, and Ericsson have been known in Slovakia for decades and have created a good basis for mutual business relations. Slovakia’s membership in the European Union and the euro-zone has made it even more attractive for Swedish investors who see areas such as energy efficiency, logistics and metallurgy as well as food and fashion as good opportunities for more trade and investment relationships between the two countries. 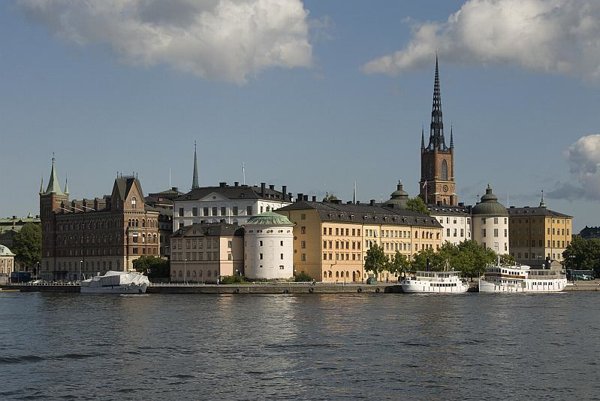 BUSINESS relations between Slovakia and Sweden have a long tradition. Names of multinational Swedish giants like IKEA, Volvo, and Ericsson have been known in Slovakia for decades and have created a good basis for mutual business relations. Slovakia’s membership in the European Union and the euro-zone has made it even more attractive for Swedish investors who see areas such as energy efficiency, logistics and metallurgy as well as food and fashion as good opportunities for more trade and investment relationships between the two countries.

“In general, Swedish companies evaluating the Slovak market see the local business climate as advantageous and like the rather easy terms in establishing their presence,” Ruben Kemény, the president of the Swedish Chamber of Commerce told The Slovak Spectator. “Swedish-Slovak cooperation has also improved due to Slovakia’s accession to the EU and its introduction of the euro.”

According to the Swedish Trade Council and the Swedish Chamber of Commerce, Swedish companies express their satisfaction with Slovakia’s investor-friendly legislation, its tax system, banking, flight connections, and overall ease of doing business. They also mentioned some dissatisfaction such as concerns about corruption, insufficient infrastructure in the eastern and central parts of Slovakia, a language barrier, and legislation that changes too frequently.

“Swedish businesses have been known for their caution even during golden times,” said Kemény. “Today’s situation has certainly not lowered this caution; we have unfortunately already observed this.”

Jozef Marušík, project manager for foreign direct investments at the Slovak Investment and Trade Development Agency (SARIO) agrees that investors in Sweden, along with other Scandinavian countries, are very cautious in their expansion plans.

“Attracting investments from Scandinavian countries is usually a long-term process requiring an active presentation of our country in their territory, providing current information by regular, ongoing presentations, pro-active direct communications with potential partners and also long-term cooperation with local partners,” Marušík told The Slovak Spectator. “These are the cornerstones of success in the Danish, Swedish, Norwegian and Finnish markets.”

The economic crisis has made potential investors from this part of the world even more cautious, though the situation has now started to improve.

“The economic crisis has been mirrored in the very open and export-oriented Scandinavian economies more than on the continent,” Marušík told The Slovak Spectator. “Investors are very cautious in their plans for further expansions. But at the moment we are seeing a very positive move towards the restoration of investment activities as well as registering new investment projects, especially in areas of offshore centres and shared service centres and export projects, especially from Sweden and Finland.”

SARIO has been focusing its intensive activities on Scandinavia for a long time.

“Scandinavian countries rank among the first 20 countries with the highest inflow of direct foreign investments into Slovakia,” said Marušík. “Our activities are directed especially towards investors, chambers of commerce, local partners, and state and trade organisations, but we are also equally interested in opportunities for Slovak companies in the Scandinavian countries.”

Marušík highlighted the forward approach of the Slovak Embassy in Stockholm and Ambassador Peter Kmec.

“Cooperation between the embassy and SARIO has brought deserved fruit in the form of some completed investment projects as well as a joint-venture partnership between a Swedish and a Slovak company, which according to our information, is just ready for contract signing."

Marušík ascribes long-term positive results also to regular road shows which the embassy organised together with honorary consulates, local partners and SARIO. Among the latest events, he mentioned an investment seminar held in Stockholm, Gothenburg and Malmo as well as a number of bilateral meetings in Sweden and in Slovakia.

SARIO has recorded seven successfully completed projects with Swedish investors, with capital investment ranging from €1 million to €38 million since 2004. According to data from the National Bank of Slovakia, total direct foreign investment from Sweden in Slovakia amounted to €131 million at the end of 2008.

The Swedish Trade Council and the Swedish Chamber of Commerce currently see the pulp and paper, engineering, wood-processing, IT, pharmaceutical, machinery and heavy vehicle industries as important areas for economic cooperation between Sweden and Slovakia.

The Swedish Trade Council in Bratislava recently identified energy-efficiency methods, infrastructure, logistics, environment, metallurgy, engineering and the electro-technical industry as well as food and fashion as suitable for possible further economic cooperation between Slovakia and Sweden.

When describing the developments in foreign trade between the two countries, Katarína Butorová of the Swedish Trade Council said that the attractiveness of the Slovak market has been based on their experience and observation directly linked to the relatively low manufacturing costs, qualified workforce and high level of education, which is fully appreciated among the Swedish community.

“The geographical location of Slovakia as well as its infrastructure is also an important and decisive factor for Swedish trade expansion,” she said. “Although this does not fall into the scope of the Swedish Trade Council, we do, however, also see a great potential for Slovak companies to present themselves on the Swedish market through well-prepared, active marketing. We believe that this will enhance Slovak-Swedish business relations, as well as help spread awareness of Slovakia in Sweden.”

The average growth of the Swedish exports to Slovakia was about 11 percent in past years, 2007 and earlier, while the growth of Slovak exports to Sweden was about 35 percent during the same time period, according to the Swedish Trade Council. Slovakia had a positive trade balance with Sweden between January and October 2009 of €424.4 million.