A story from an 'unimpressive Bratislava'

THERE’s a clear promise of travel in Leif Davidsen's political thriller The Woman From Bratislava. “One of Denmark's top crime writers” trills the Sunday Times’ quote on the jacket, while the blurb on the back transports us to spring 1999 when “NATO is bombing Yugoslavia”. In the prologue we leave Copenhagen for Estonia, and the first lines proper read: “I first noticed the woman in Warsaw. She showed up again … in Prague.” 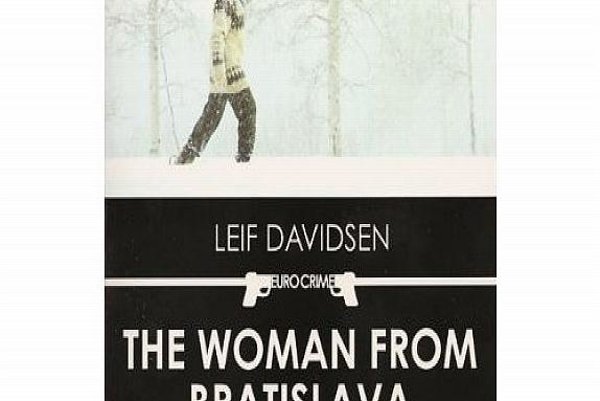 THERE’s a clear promise of travel in Leif Davidsen's political thriller The Woman From Bratislava. “One of Denmark's top crime writers” trills the Sunday Times’ quote on the jacket, while the blurb on the back transports us to spring 1999 when “NATO is bombing Yugoslavia”. In the prologue we leave Copenhagen for Estonia, and the first lines proper read: “I first noticed the woman in Warsaw. She showed up again … in Prague.”

As the intricacies and intrigues of this long novel play out, however, it becomes desirable for Davidsen’s characters to stay well away from anywhere you might hold dear. We whirl through at least seven European capitals, but our author doesn’t seem particularly enamoured by any of them. Warsaw is “shambolic”; Budapest is “drab”; Prague is a tourist trap and as for Albania, “it was like one big rubbish tip”.

We do make it to Slovakia, twice in fact, but by the second visit all this travelling has taken its toll. One character “was finding it hard to tell one central European city from the next” and here’s what he eventually decides about Bratislava: “The whole place had a sort of bargain-basement air about it, from the food and the beggars to the country’s politicians. He could not have explained what made him think this, but that was how it struck him.”

Novels whose characters made swift generalisations and then “could not have explained” them often make for largely underwhelming reading. And this kind of descriptive laziness undermines much of what might have been interesting about The Woman From Bratislava, for which Davidsen has done ample research but skimped on the telling details.

Despite covering huge swathes of the continent and years of political history, we end up learning more about the security systems of Danish toll bridges than we do about his characters’ yearnings or passions.

We too grow tired of all the jet-setting because cities are repeatedly portrayed as little more than jungles of MacDonalds restaurants, Marlboro advertisements, mobile phones and “gypsies”. (Slovak waitresses have plump legs, apparently, and we’re grateful for the original observation, however bizarre.)

Part of the weary cynicism is in keeping with one of the novel’s two main voices, and by some measure its strongest.

In Yeltsin-era Europe (the book is set in 1999, was published in Danish in 2001 but only recently available in English) we meet the Dane Theodor Pedersen, formerly a world-renowned social analyst and academic, but who erroneously championed the strength of the Soviet Union. Resultantly, he is now “like a sculptor who had once been awarded first prize for my socialist ability to sculpt a splendid Lenin…The things I knew and could do were of no use today.” Pedersen pines for the Communist era, but only because he was more respected then.

Now bitter, bored and at the end of his third marriage, Pedersen boozes his way across central Europe until he reaches Bratislava, where the mysterious woman of the title invades his drunken reverie to allege links between his family, the Stasi, the Nazis, Tito and even Milosevic. It’s a fascinating hotchpotch of secrets, conflicts and dissidents, and for a while it might seem like fun to have Pedersen investigate it. But after the woman disappears, so does our narrator and a dreary Danish investigator takes over. He is charged with determining the truth or otherwise of the woman’s words, which quickly prompt a murder, an arrest, a historical exposition as well as this police procedural.

For long periods I found myself turning the pages solely out of frustration, rather than genuine interest in whodunit – and I wasn’t even certain what they might have done. I’m not sure I read enough modern genre fiction to appreciate what its fans expect, but in comparison either with literary fiction or the taut hard-boiled mysteries of the American greats, this book’s prose is clunky, its observations clichéd, characterisation skimpy, structure weak and pacing far too slow. All of which combines to stifle the potential of an intriguing backdrop and a painstakingly researched back-story.

In the positive column, Bratislava’s Čumil makes a cheery appearance peering from his manhole. But even he can’t quite carry the whole thing.