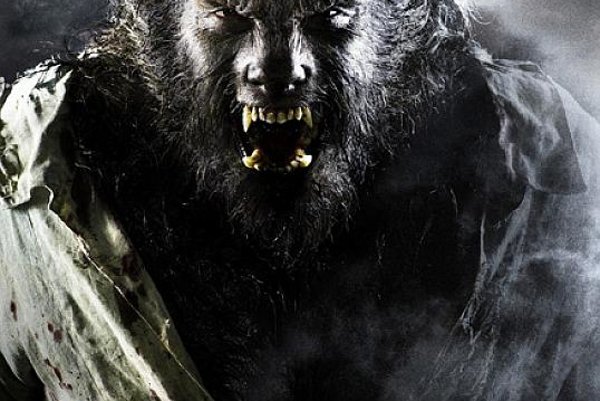 ANYONE could tell from the trailer alone that The Wolfman was going to be a turkey, but the surprising news is that it takes about 40 minutes of the film proper until it becomes a confirmed stinker — approximately as long as the story takes to get going.

Put another way, more than half of the movie passes as a slow, traditional Gothic horror, uninteresting but inoffensive, before the central character Lawrence Talbot (Benicio Del Toro) turns into the promised Wolfman. From that moment on this becomes all about answering two central mysteries: firstly, how many more heads will be ripped from their torsos before someone buries a silver bullet through the errant lycanthrope’s mane? Secondly, where did the rest of the make-up budget go after buying a $5 mask from the nearest joke shop?

This massively underwhelming visage is perhaps the most visible nod to the film’s origins. Joe Johnston’s 2010 version, which also has Anthony Hopkins, Emily Blunt and Hugo Weaving on its payroll, is a remake of a 1941 “classic”. But audiences were a more easily impressed bunch back then, and might have been satisfied by a few hairs stitched onto a rubber hood. In these days of visual excess, we expect more than a few titters for our multi-millions – and a story more engaging than that of a bad B-movie wouldn’t have gone amiss either.

As it is, here’s what we get. It is England, 1891, and Lawrence, an actor in a touring production of Hamlet, is summoned to his childhood home, a vast manor in the countryside, after his brother is horribly mauled on the neighbouring Blackmoor. Conspiracies abound as to the perpetrator: “gypsies” are suspected by the ignorant village folk; ancient curses are bandied about by the local sages; but the undertaker believes “only something human would seem capable of such wanton malevolence”.

Lawrence vows not to leave until the mystery is solved, but he is also fighting battles on several other fronts. The manor (England’s magnificent Chatsworth House doubling for a dilapidated retreat) is alive with unhappy, whispering childhood memories, such as the moment Lawrence’s mother stained the terrace with blood from her own severed neck. Her suicide sent her husband (Hopkins) into lifelong mourning tinged with insanity, splintered the family and drove Lawrence to America, in uneasy estrangement from his father. It also meant that the house was never dusted for cobwebs again.

The problems don’t end there. Scotland Yard dispatches its starched Inspector Abeline (Weaving), fresh from failing to solve the Jack The Ripper murders, to Blackmoor to trail the new beast, and Lawrence also begins to have stirrings for his brother’s widow (Blunt) who wanders with beautiful fragility around the rickety house. All the pent up anxiety would turn most men into animals, and Lawrence’s inevitable meeting with the beast on the moor, during which he is gored and his blood poisoned, is just the final straw.

The actual moments of transformation from man to Wolfman are the film’s highest points: the camera flits from fingers, to ankle, to chest, to foot, to jaw as skin stretches and bones jut into paws, claws, fangs and snouts. But once the full costume is donned, there is nothing at all to distinguish this film from hundreds of others, despite a shift in action to London where the Wolfman’s rampage continues across the city roofs. More blood is shed liberally across the land, until we all reconvene back at the manor for the one last attempt at suspense and excitement. It fails.

Even something this inherently daft requires some degree of internal logic, but The Wolfman is riddled with inconsistencies. Based on the testimony of Abeline and various doctors, Lawrence, the wolf-in-waiting, is committed to an asylum to be cured of “delusions”, despite the mounting corpse-shaped evidence that this is no act. Meanwhile, and as several critics have noted, I have no idea how our werewolves manage to wake up the morning after their violent gambols perfectly kitted out in the same clothes from which they had been seen ripping loose the night before. Perhaps no one asked; certainly no one seems to care.