THE TESTIMONY of a former senior member about trading state posts in return for cash; a leaked document published by local media purporting to show how some of these deals could have looked in practice; and a definite ‘no’ from an opposition party to an eventual post-election coalition deal – all these have rained down on Prime Minister and Smer party leader Robert Fico just a couple of weeks ahead of the June 12 general election. 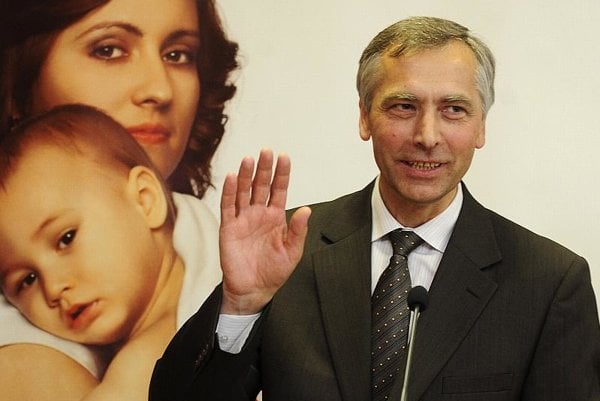 THE TESTIMONY of a former senior member about trading state posts in return for cash; a leaked document published by local media purporting to show how some of these deals could have looked in practice; and a definite ‘no’ from an opposition party to an eventual post-election coalition deal – all these have rained down on Prime Minister and Smer party leader Robert Fico just a couple of weeks ahead of the June 12 general election.

In response, Fico has denounced Smer co-founder Bohumil Hanzel, who gave an interview to the Sme daily about the ways he said Smer had financed its 2002 election campaign, as a “liar” and the party has filed a criminal complaint against him. Fico also rounded on the opposition Christian Democratic Movement (KDH), describing it as “pharisaic” for rejecting Smer as a potential coalition partner and joining what the prime minister called the “anti-social Slovak Democratic and Christian Union (SDKÚ), the anti-Slovak Hungarian Coalition Party (SMK) and Freedom and Solidarity (SaS) [which is] supportive of the legalisation of marijuana and gay marriage”.

Meanwhile, Smer has also radically changed its election campaign. The largest – and, according to opinion polls, most popular – political party has produced billboards warning of the eventual return of an SDKÚ-KDH-SMK right-wing coalition.

“They gave power to the SMK, they would do it again: stop the SDKÚ-KDH-SMK coalition. Vote Smer,” reads one of the billboards; other slogans are variations on this theme.

Yet, following the KDH’s announcement that it had decided not to enter any post-election coalition with Smer, Fico’s party has been left with a limited range of choices as future ruling coalition partners: the SMK, the Movement for a Democratic Slovakia (HZDS) and the Slovak National Party (SNS) – provided, that is, that these parties make it into parliament.

These three are the only parties among those currently represented in parliament – or among those new parties which have a realistic chance of being elected in June – not to have rejected post-election cooperation with Fico’s Smer.

Political scientist Grigorij Mesežnikov said that the KDH move has hit the coalition potential of Smer quite hard, though he added that for Smer the continuation of the current coalition might not be the worst outcome of the June 12 vote.

“The worst option [for Smer] would be if the party completely dropped out of the [governing] coalition,” Mesežnikov told The Slovak Spectator, while adding that Smer would obviously welcome some change to the current coalition.

A change of coalition partners would benefit Smer’s image, the analyst said, though this would complicate the party’s programme.

“The KDH decision has narrowed the range of Smer’s coalition strategies,” Mesežnikov said. “For the KDH, however, it was a logical move since the party received a strong signal from opposition partners and the public which overruled the interests of regional or local structures in entering a coalition with Smer.”

The KDH’s rejection came shortly after a document purportedly signed by a financial backer of Smer and the party’s past image-maker – which promised political gains for the donor – was published by the Slovak daily press, and after Hanzel gave an interview with Sme in which he revealed further information about Smer financing.

“The published information and documents suggest illegal proceedings within Smer and place doubt on the legitimacy of democratic institutions,” said KDH leader Ján Figeľ at a press conference.

According to Figeľ, the published documents and Hanzel’s words disqualify Smer as a future ruling coalition partner.

Just days before Figeľ made the announcement, Slovak Democratic and Christian Union (SDKÚ) election leader Iveta Radičová had called on him to take a “manly attitude” towards Smer. The KDH responded that Radičová was pushing at an open door since “the KDH has clearly expressed its goal to send Smer into opposition and shape a centre-right government”.

The KDH added that its stand is firm and unchangeable, and Figeľ suggested that the KDH leadership was unified over the issue. Until recently the party had clearly rejected cooperation only with Vladimír Mečiar’s HZDS.

Yet, Marek Rybář of the political science department at Comenius University’s School of Philosophy does not think that the Smer party financing scandal was the main reason behind the KDH’s rejection of Smer.

“I would rather say that it was a good, let’s say interesting, reason for justifying this decision,” Rybář told The Slovak Spectator. “However, I do not think that the KDH had, in the long term, realistically considered entering government with Smer and I know that within the wider management of the KDH there are many people against cooperation with Smer.”

According to Rybář, the decision also came as reaction to what the other centre-right opposition parties have done.

As for how principled the KDH decision to reject coalition offers from Smer will turn out to be, Rybář said that he can very well imagine that one of the parties which has sworn not to get into bed with Smer – the SDKÚ, the KDH, SaS or Most-Híd – will eventually agree to do so.

“It is a great risk for the political party itself,” Rybář said, adding that the party in question would have to consider the very strong arguments it would need to offer its voters.

Rybář suggested that if a situation arose in which parliament was so disjointed that it offered no possibility of creating a solid centre-right ruling coalition, then eventual cooperation with Smer might seem an acceptable compromise to voters.

SMK has not rejected Smer

SMK leader Pál Csáky responded that the KDH’s repudiation of Smer was an internal matter, and commented that the KDH says something different every month. The SMK’s József Berényi said that his party acts just like other parties in Europe which represent national minorities.

“We have a parameter that other parties do not have; we cannot win the elections and thus we have to keep our doors open to almost everyone,” Berényi told Sme.

Miklós Duray of the SMK said that, apart from the SNS, his party is not excluding cooperation with any other party.

Most-Híd has openly declared that it will not enter a coalition with Smer. Party leader Béla Bugár said that “selling deputies” and dividing Slovakia among Smer donors could also be called treason, according to Sme.

Analyst Mesežnikov said he regards such talk as pre-election tactics and said that any coalition involving both Smer and the SMK is somewhat unlikely. He said he bases his observation on Smer’s minority policies and the steps that Fico’s party has taken in the area of minorities over the past four years, noting that relations have been rather confrontational.

As for Smer’s options, Mesežnikov suggested that either the current government will continue or Smer will go into opposition.

“The four [opposition] parties expressed it clearly: three of them adopted this decision through their leadership, while in the case of Most the decision has been strongly declared by the party leader,” Mesežnikov suggests. “The SMK, in such a constellation, is not in consideration either. A minority government is excluded, thus Smer is left with the option of either continuing with its current partners, if the results of the elections make this possible, or a departure into opposition.”

Recent opinion polls have lent some hope to the country’s opposition parties that they might play a more substantial role in forming the next government.

According to a poll carried out this month by the Focus agency, the largest party after an election would have been Smer, with 35 percent; followed by the SDKÚ, with 14 percent; then the non-parliamentary Freedom and Solidarity (SaS), with 13.3 percent. The KDH would have placed fourth, with 8.3 percent, ahead of the SNS on 6.1 percent, the SMK on 5.9 percent, and Most-Híd on 5.6 percent. The HZDS, with 5.1 percent, would have just cleared the 5-percent threshold needed to get into parliament, according to the poll.

Referring to the party financing scandal, Mesežnikov said that its consequences will be far-reaching even if before the election it might not have such an impact on Smer. What the media have disseminated, and one of the founders of the party has confirmed – that positions in state bodies have been sold – could have an impact on political life in Slovakia, he added.